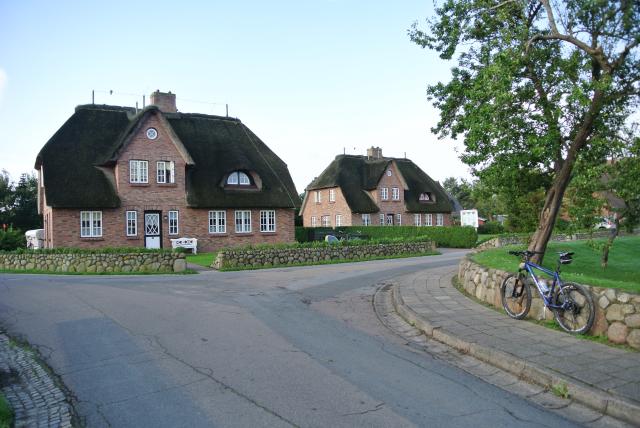 Today's round trip starts in the very west of the island in small village of Utersum. 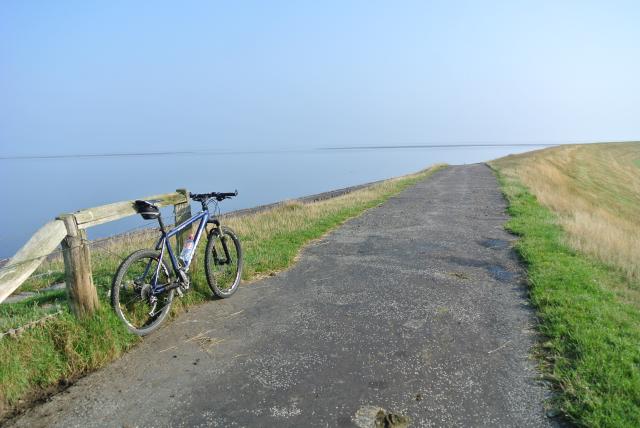 Nearby Dunsum the way routes up the embankment. 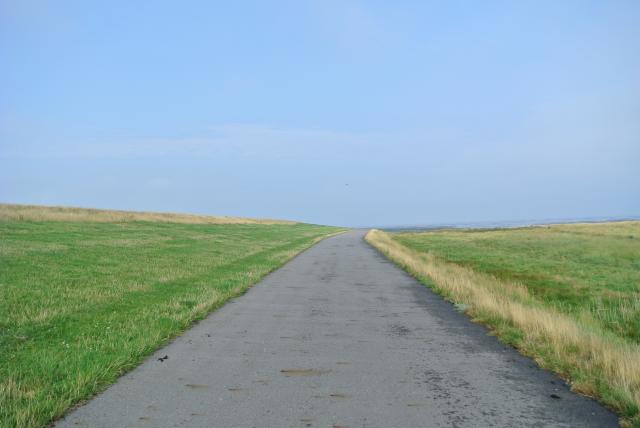 Northern part of the island only serves as protective barrier and is not developed for tourism. The way leads some 18 kilometers mostly paved alongside the sea. 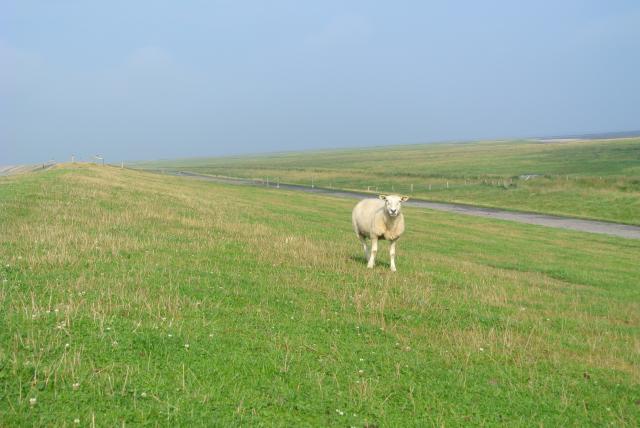 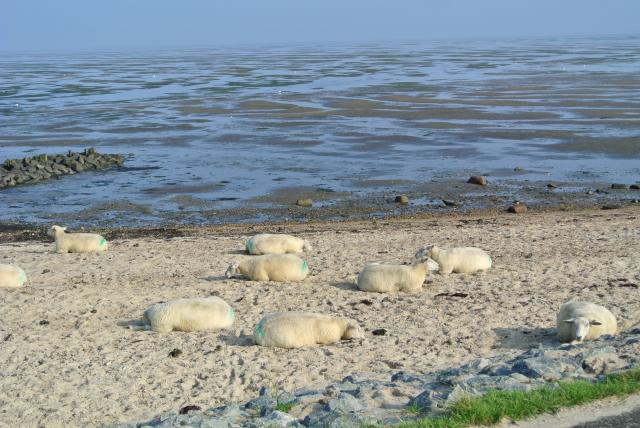 Some of them spending their leisure time at the beach... 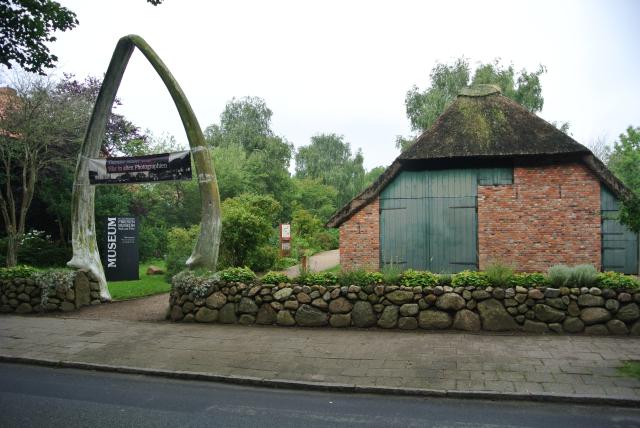 In the very east of the island we get to main city of Wyk. 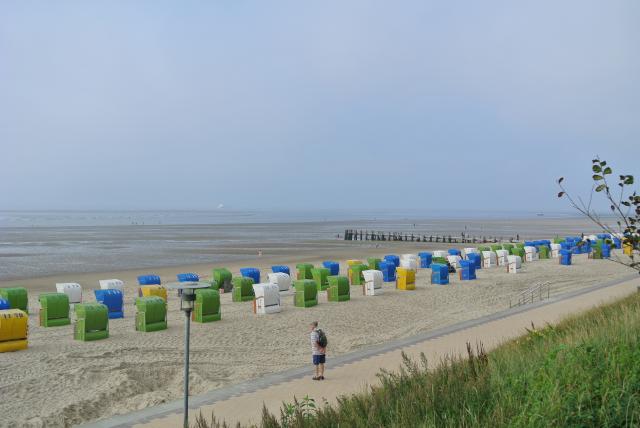 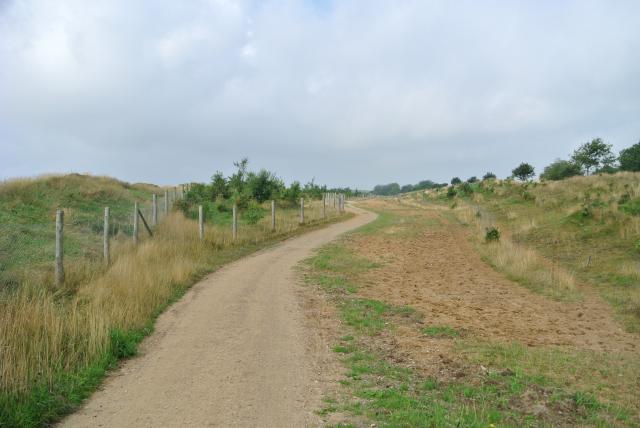 Scenery changes significantly in the southern part of the island. 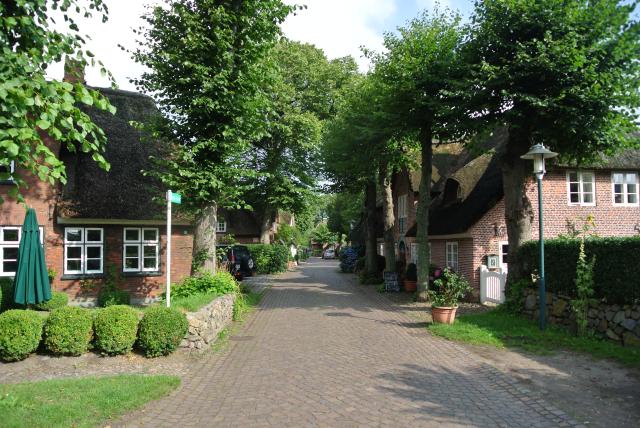 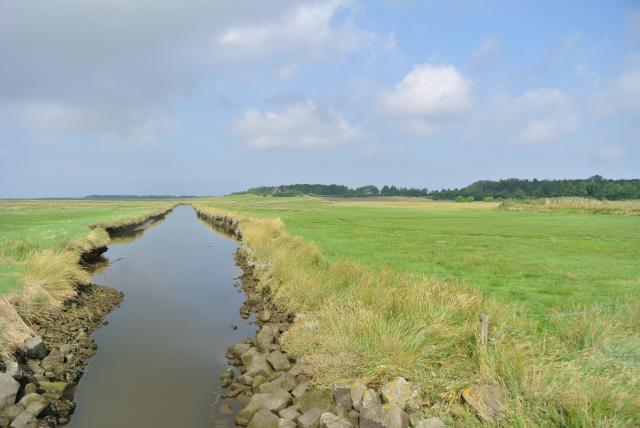 Salwert hill right in the center of the image 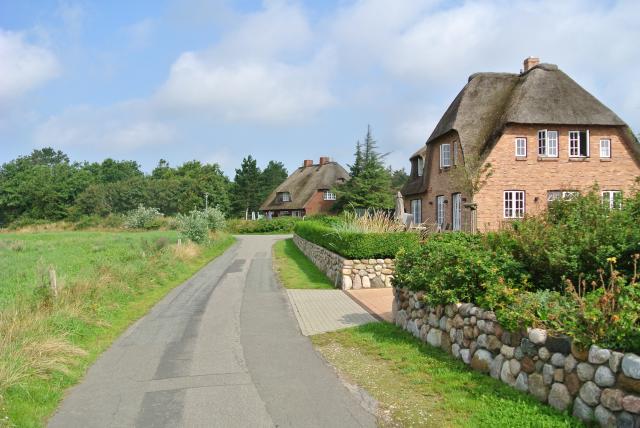 Again thatched cottages alongside the way 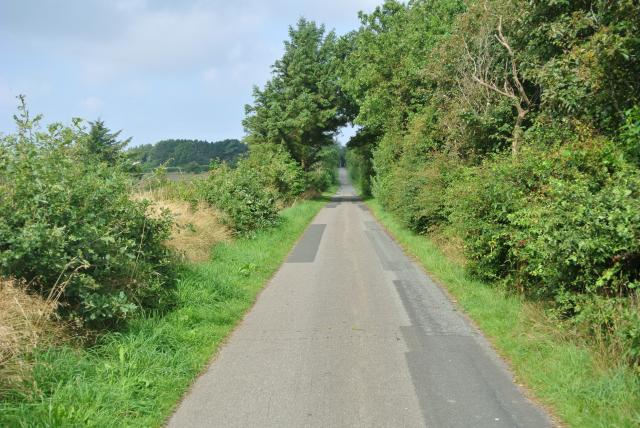 A short ascent leads to... 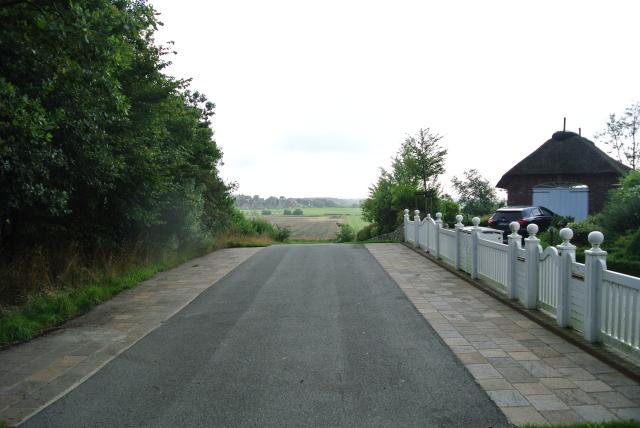 ...the peak of Salwert hill. 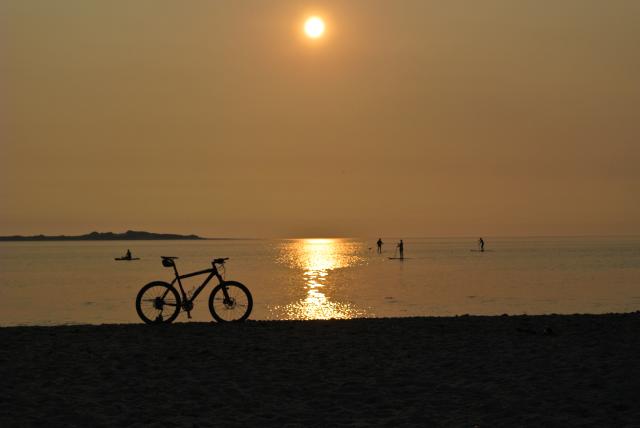 Finally the rider gets awarded with the sunset at Utersum beach.