The Passwang - for obvious reasons for many years on the bucket-list of Passzwang and now finally the visit on site! This actually very harmless pass becomes demanding when you turn right to Vogelberg directly behind the tunnel at the top of the pass. The way proceeds up to 1.166m, whereby the last part of the ascent has a short brutal 17% grade. 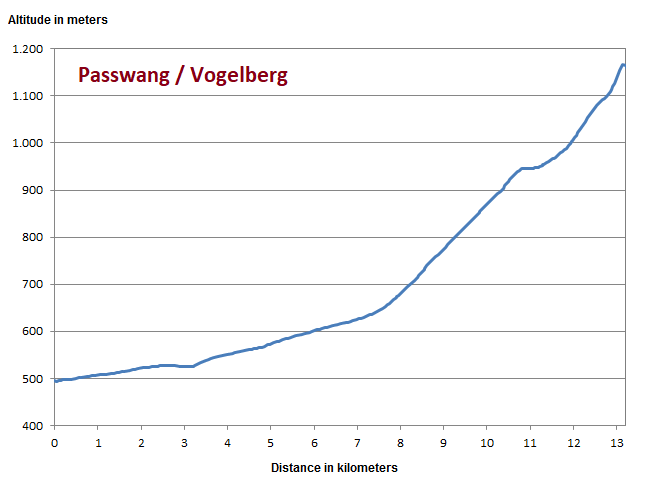 The profile shows the ascent to the pass summit at almost 950m, then the following tunnel as a short flat passage and behind it the increasingly steeper ascent to the antenna on the Vogelberg. 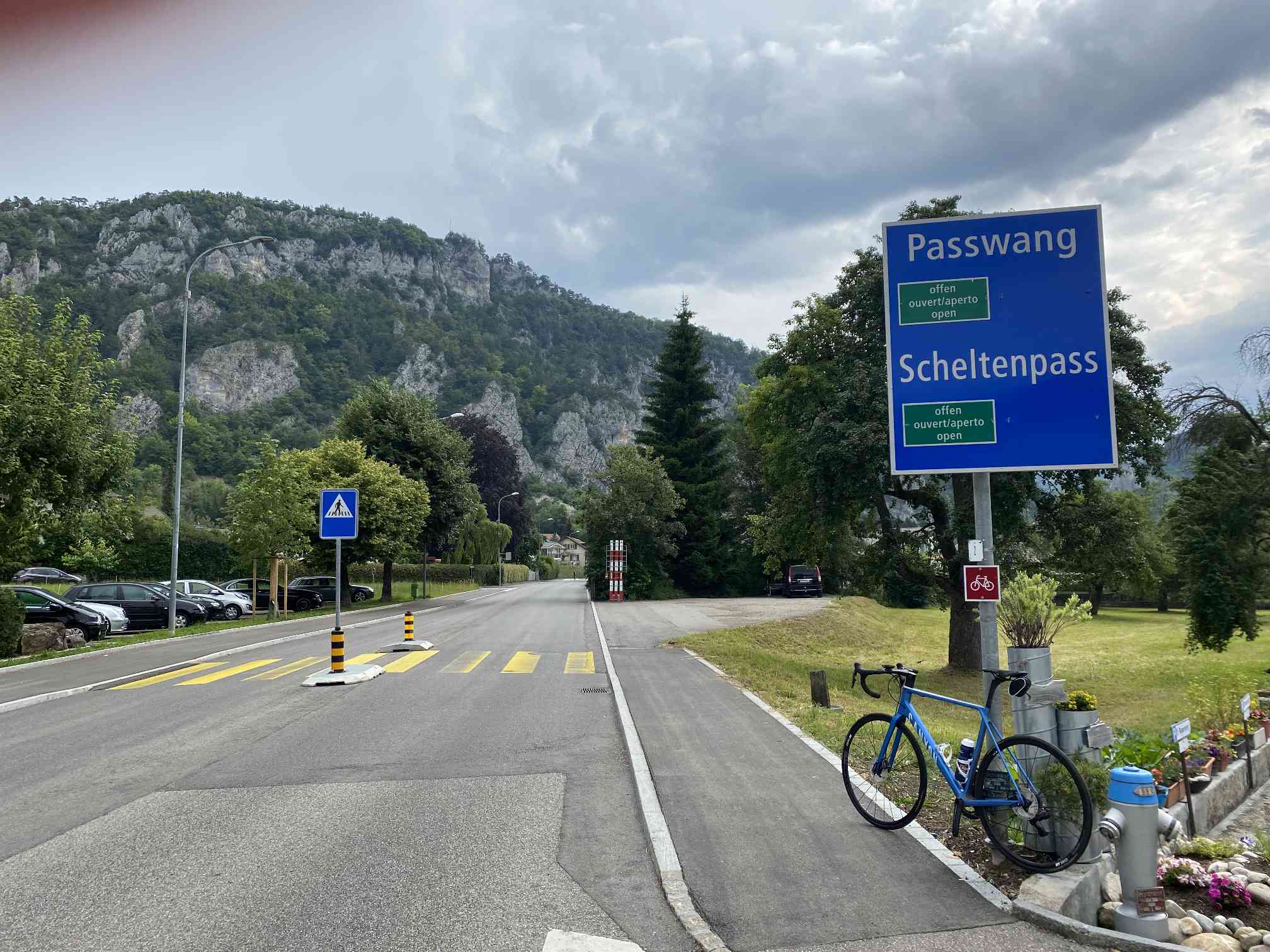 Start with dark clouds in the small village of Balsthal 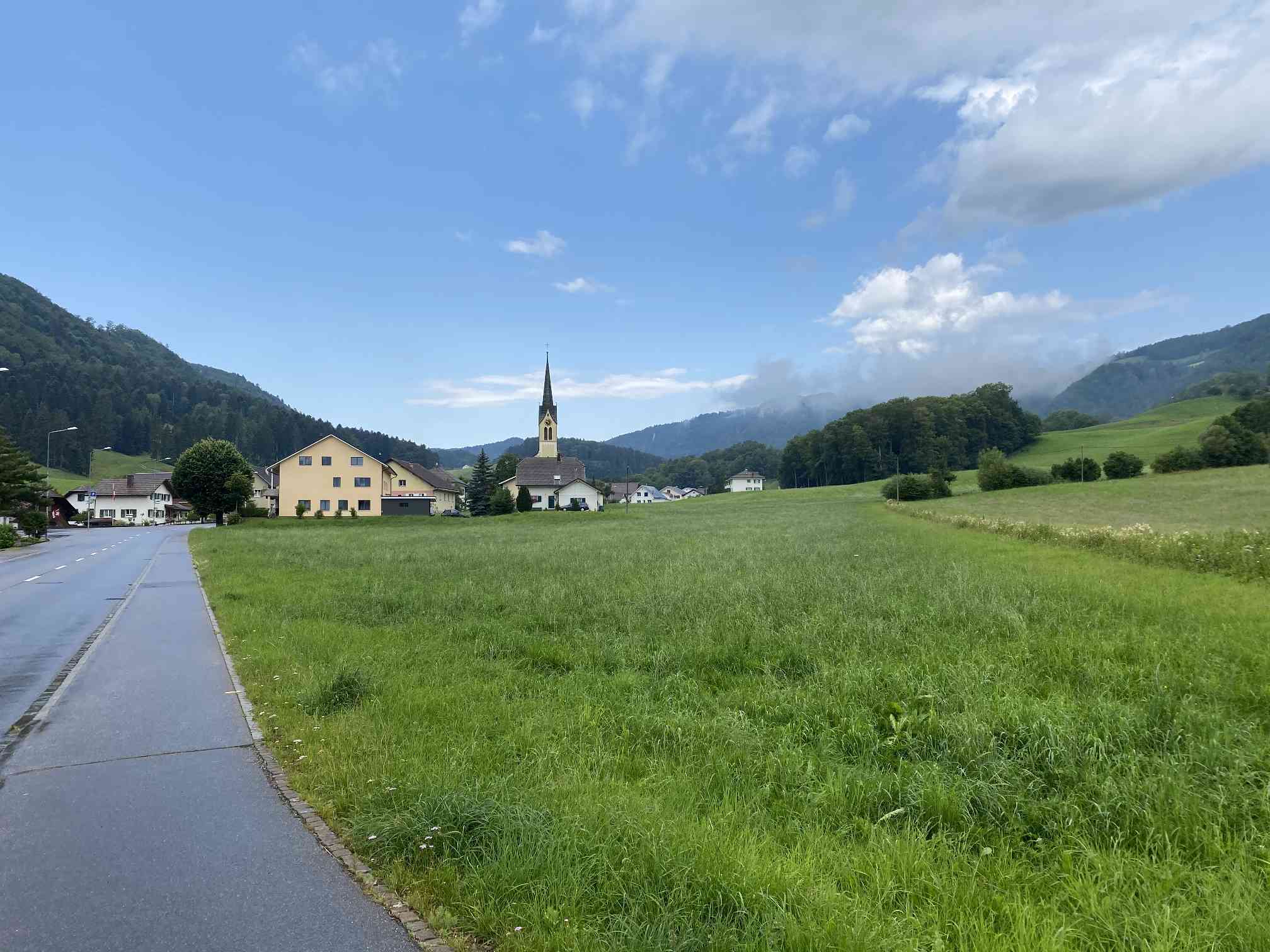 On the way to the equally small Mümliswil 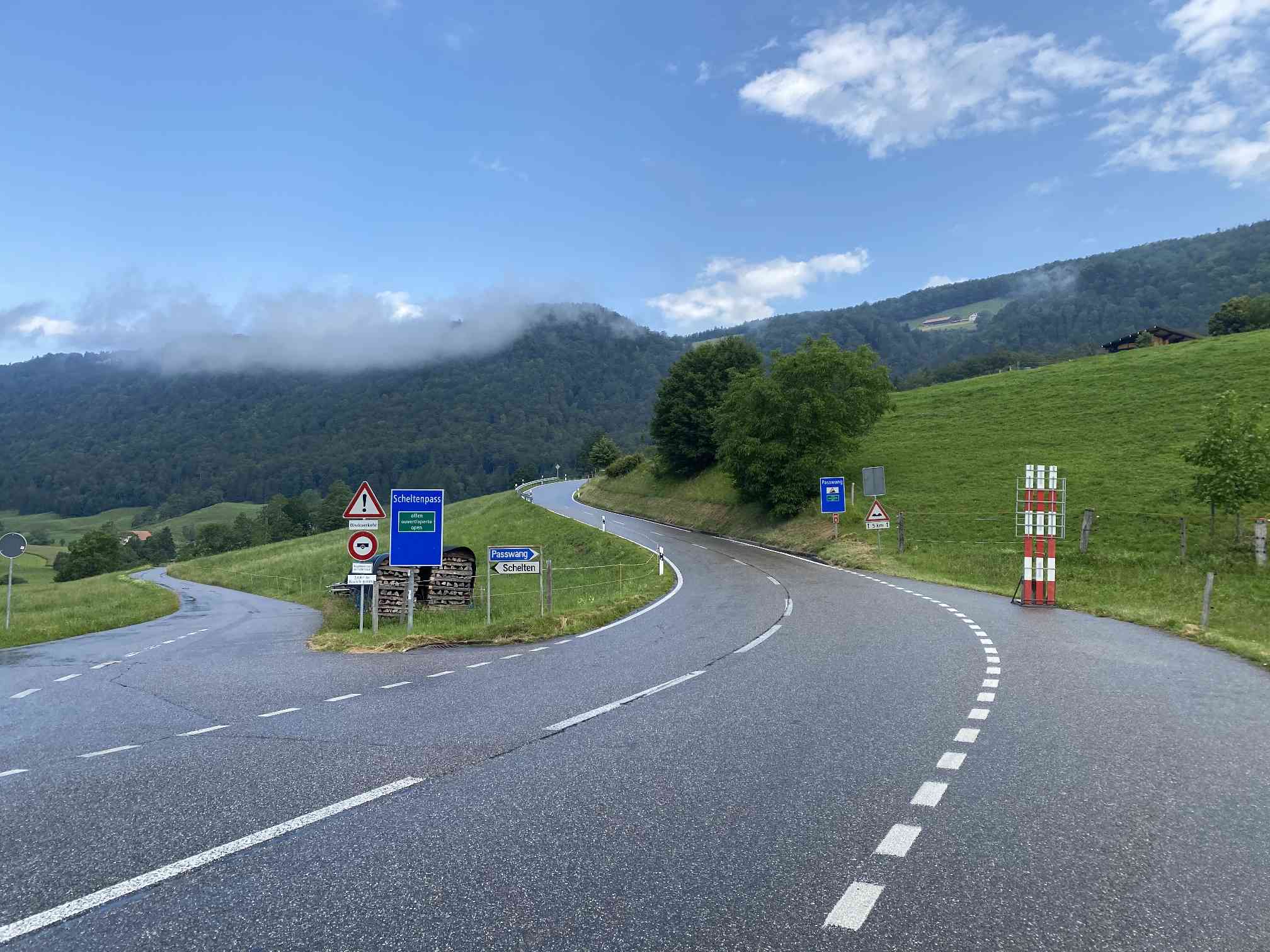 Behind Ramiswil the road to Scheltenpass diverts to the left. Instead, we choose the path straight ahead, which becomes much more challenging from here. 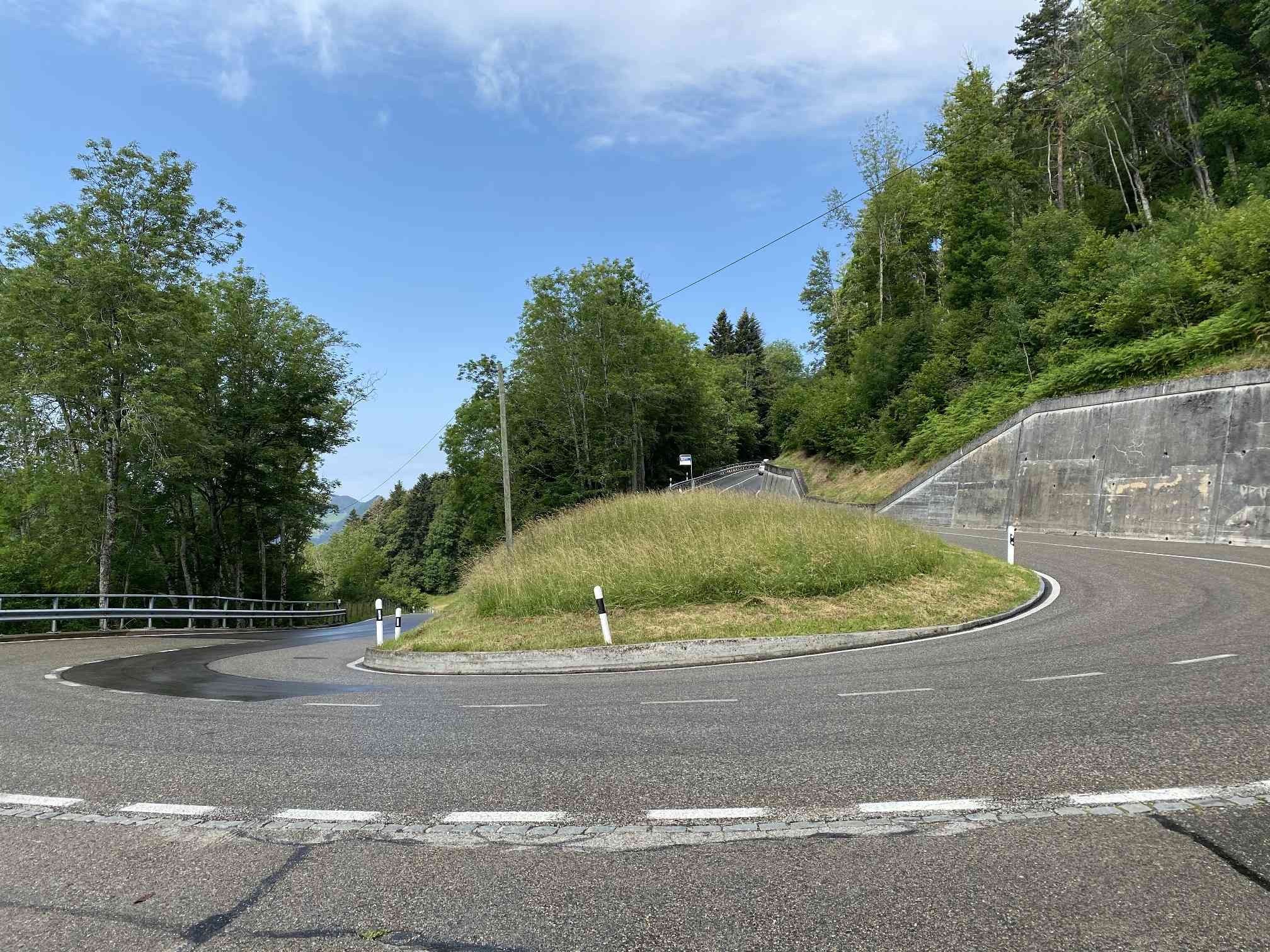 A few nice hairpin bends on a wet road 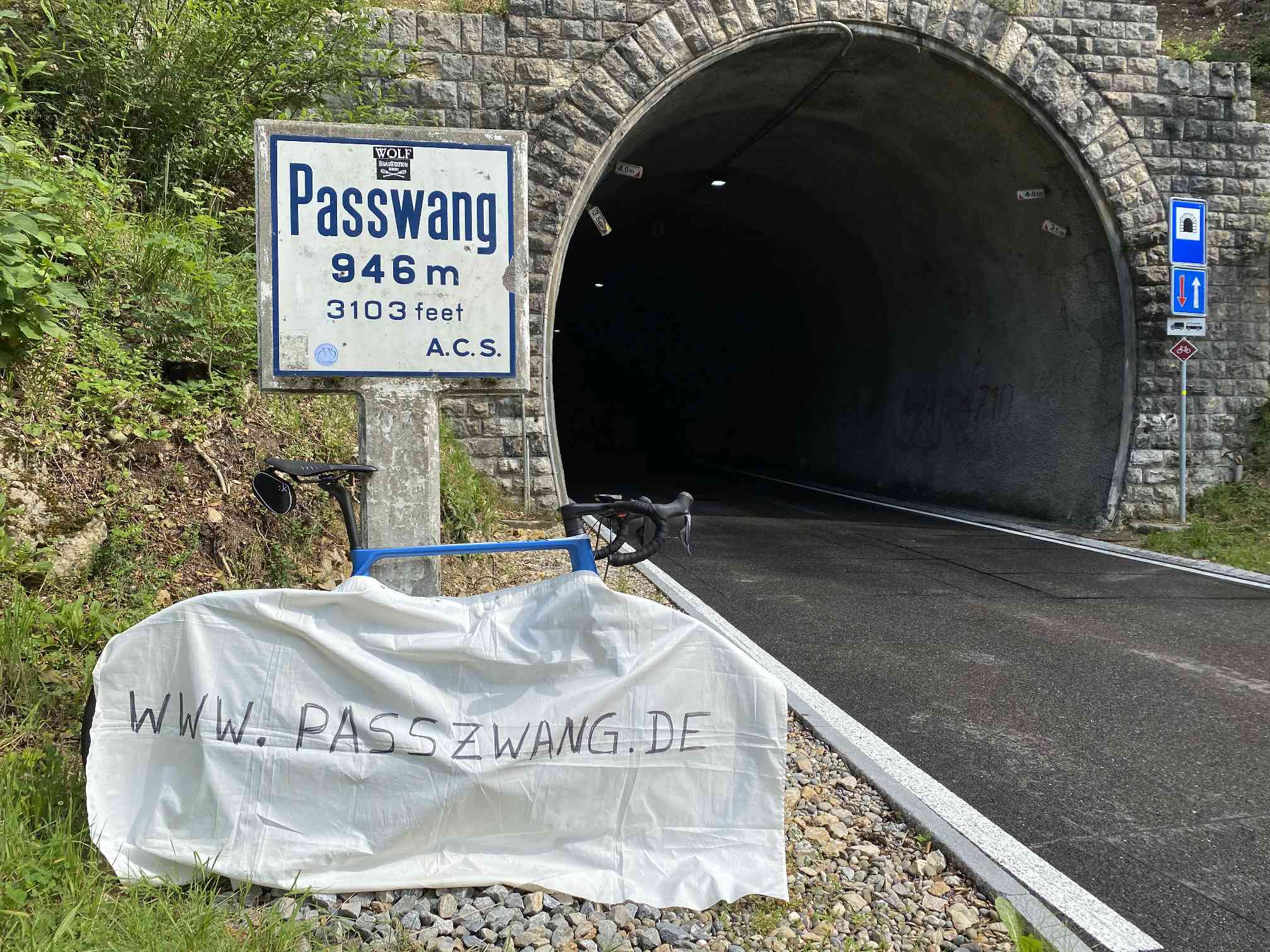 And after less than 500 meters of altitude gain you stand in front of the tunnel of the pass. 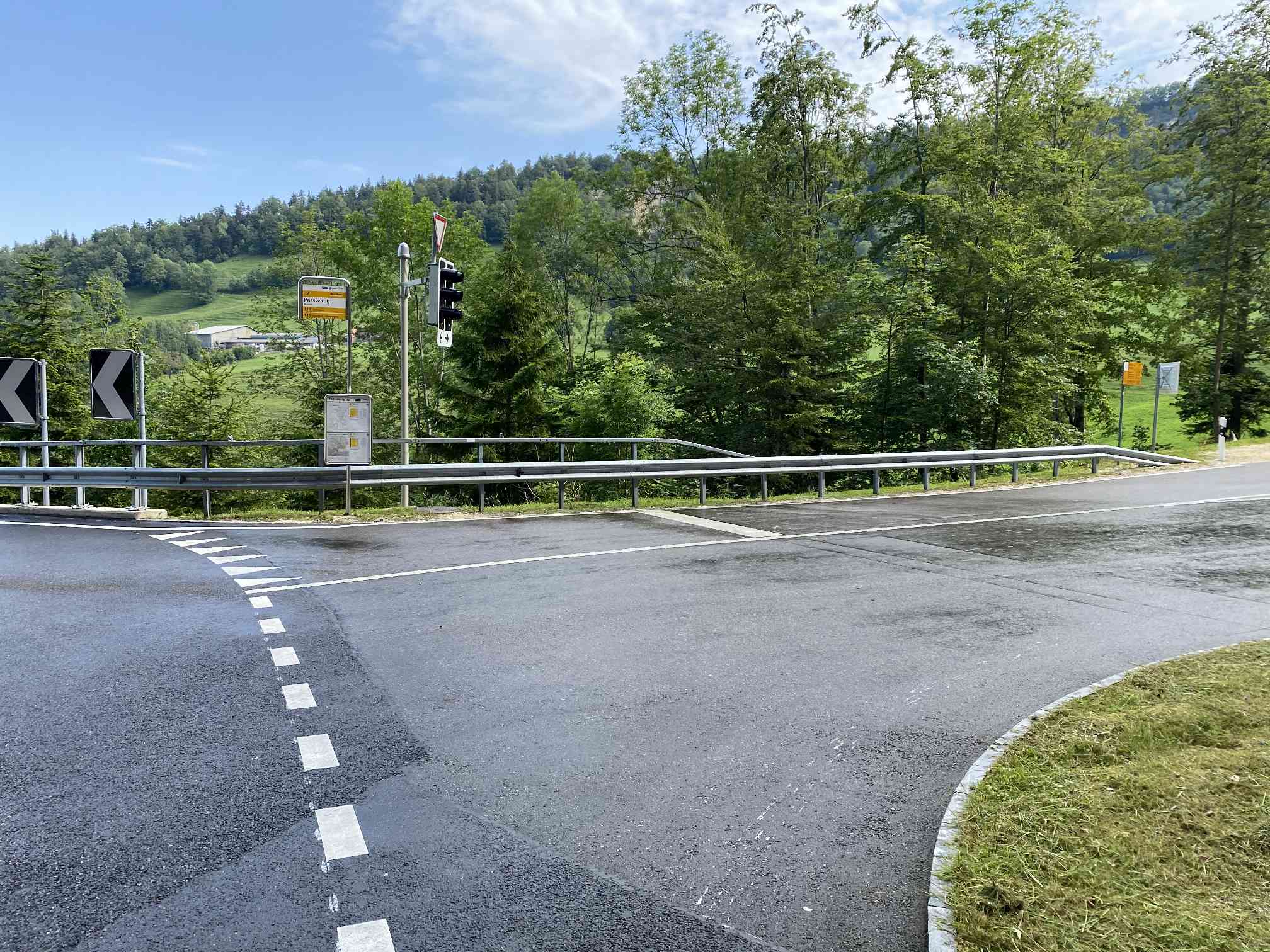 Directly behind the short tunnel, things get interesting: An asphalt road diverts to the Vogelberg mountain inn, which offers an additional challenging 200 metres in altitude difference. 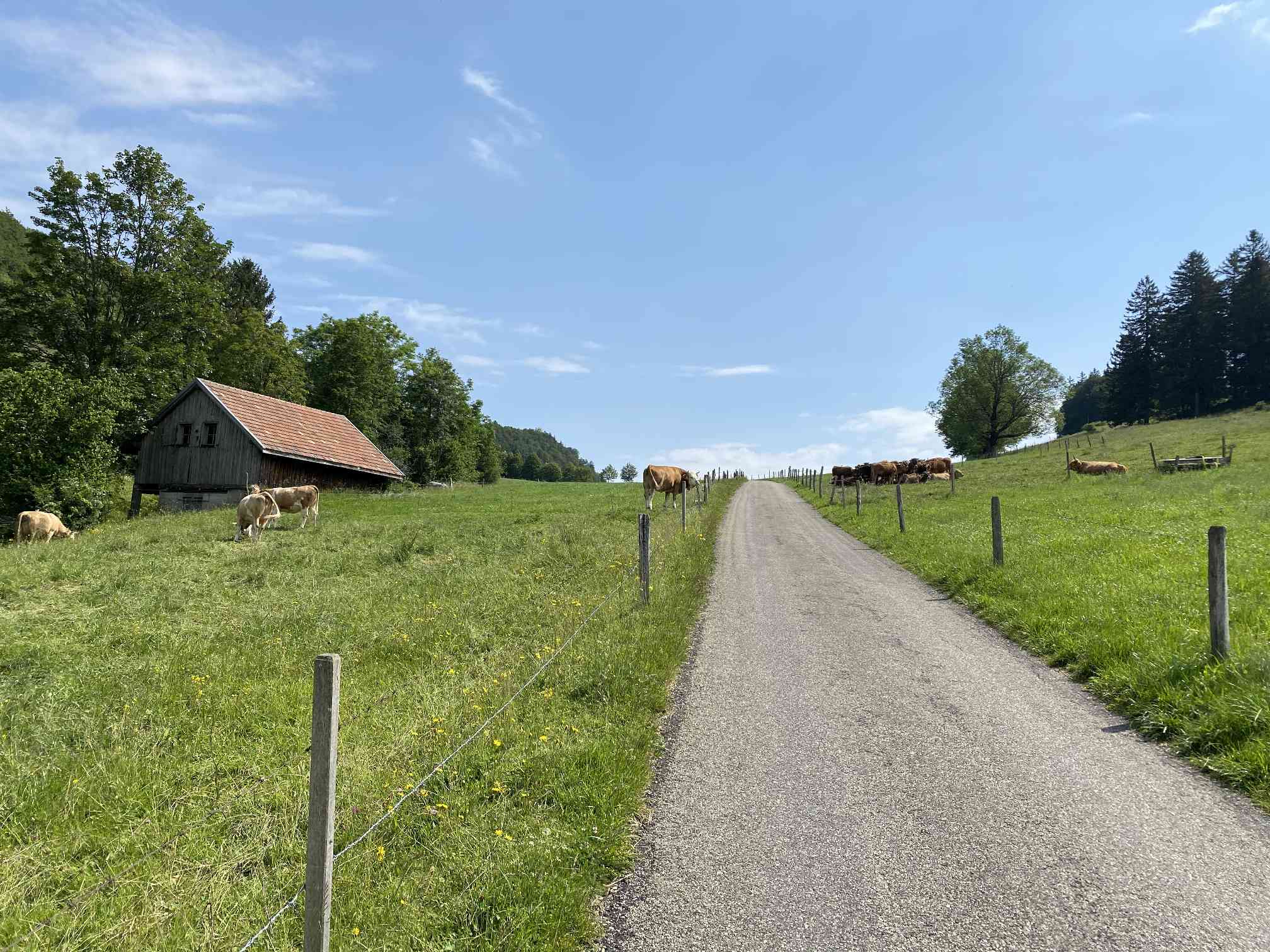 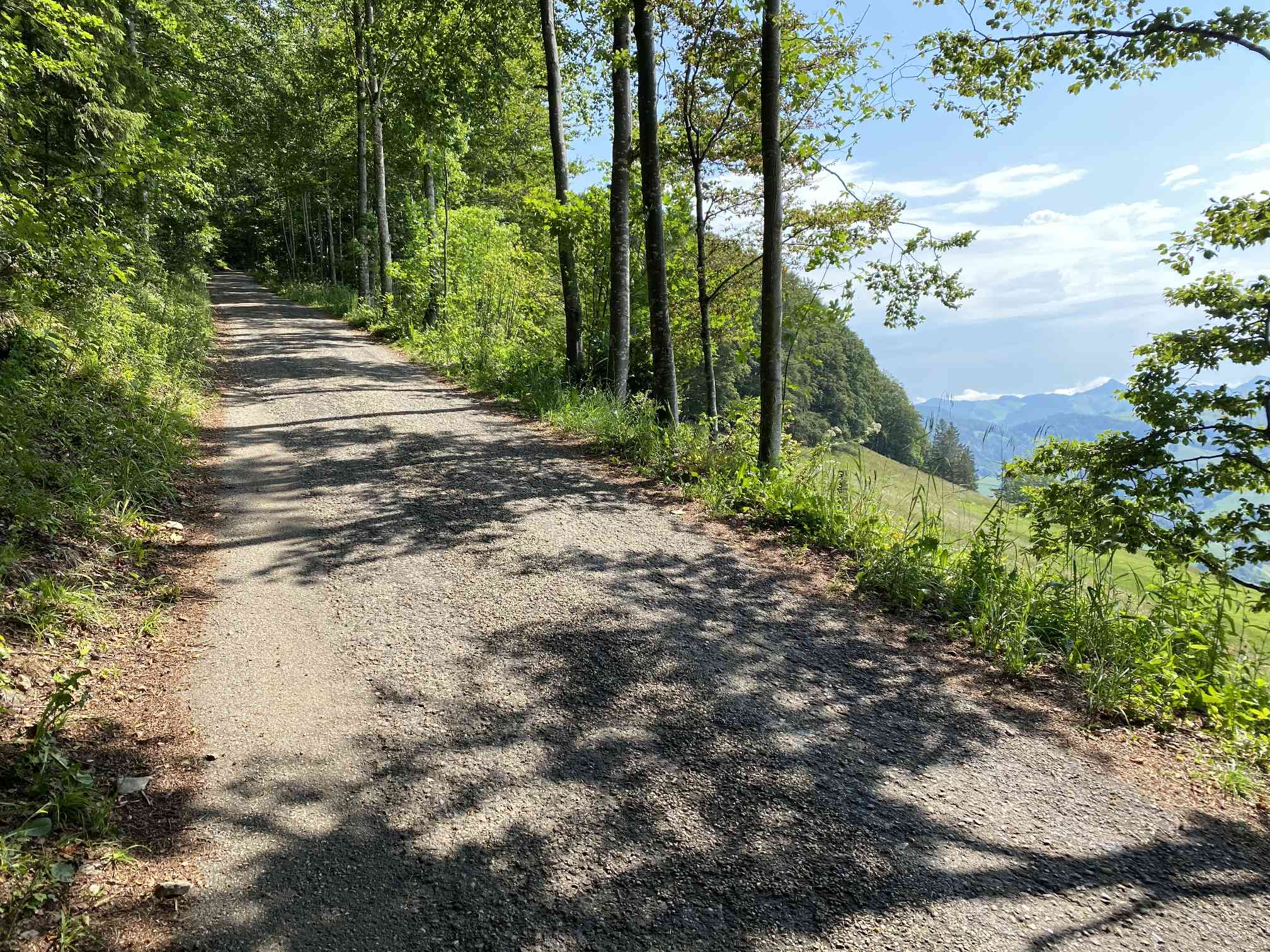 Behind the Ober Passwang tavern the final ascent is very steep for about 400 meters with a gradient of about 17%. 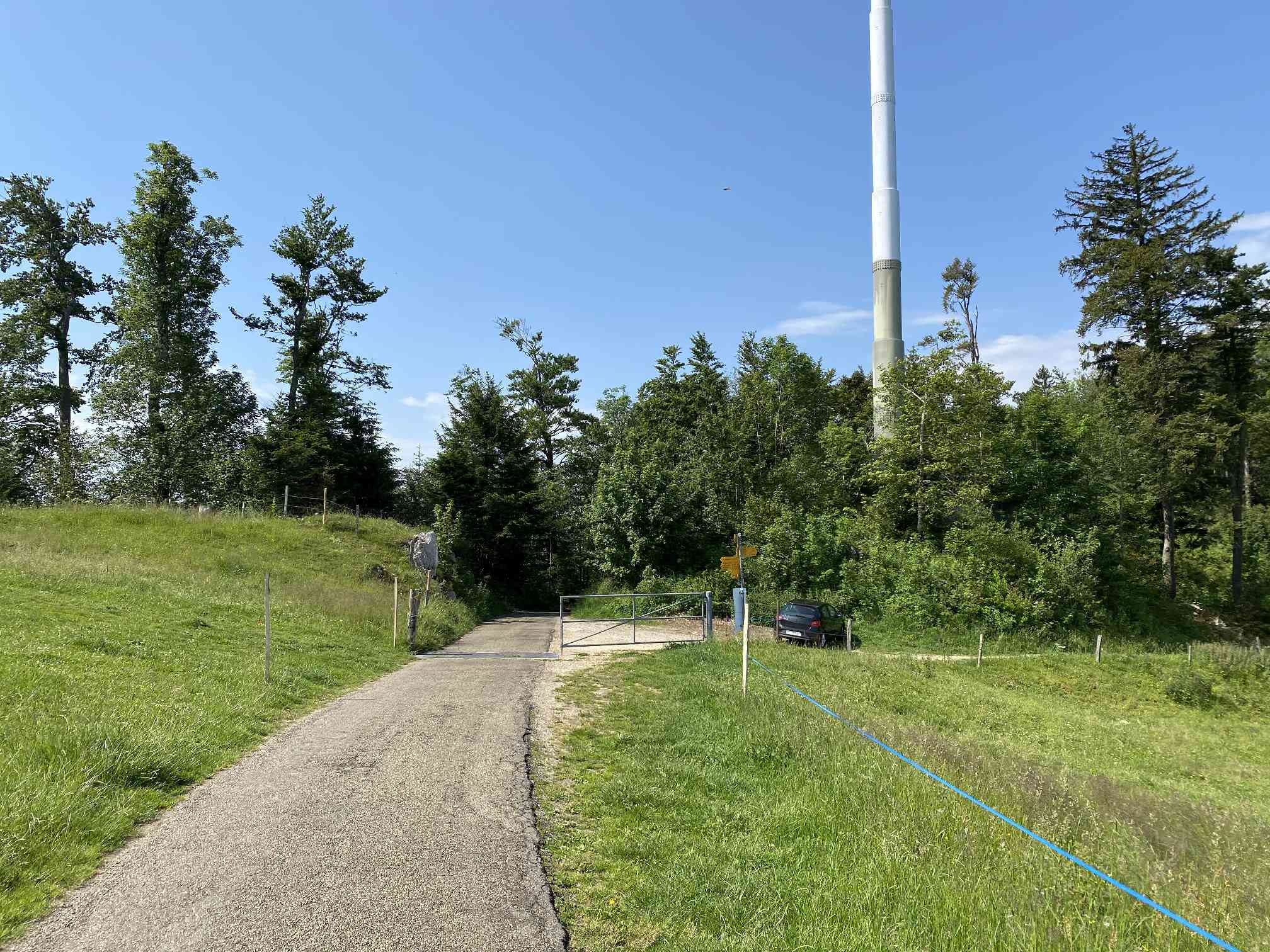 At the top there is the Passwang antenna 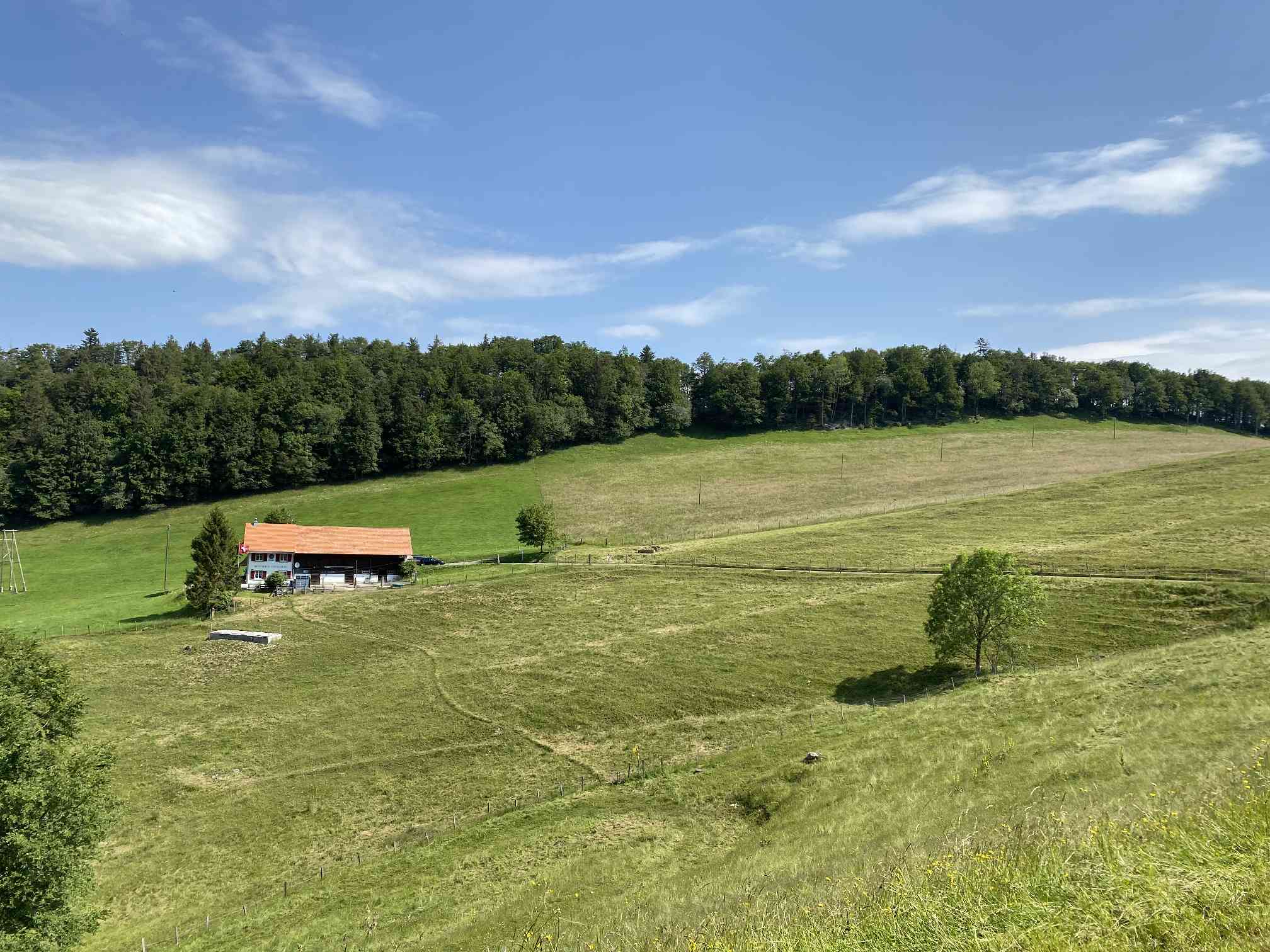 If you like, you can proceed behind the antenna to the mountain inn Vogelberg, which is situated about 50 metres lower.