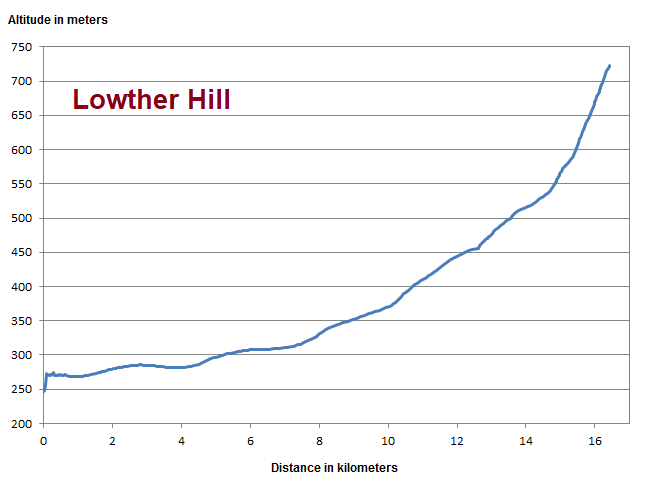 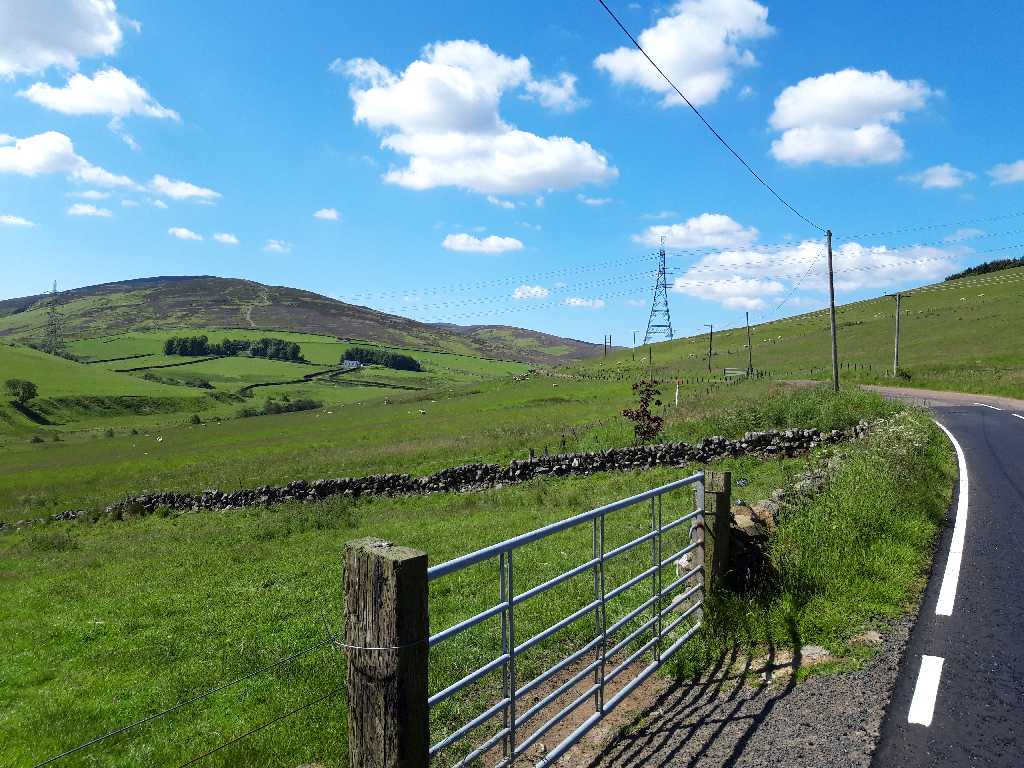 Northeastern approach starts in Abington and winds on its initial 12 kilometers through the villages of Leadhills and Wanlockhead. 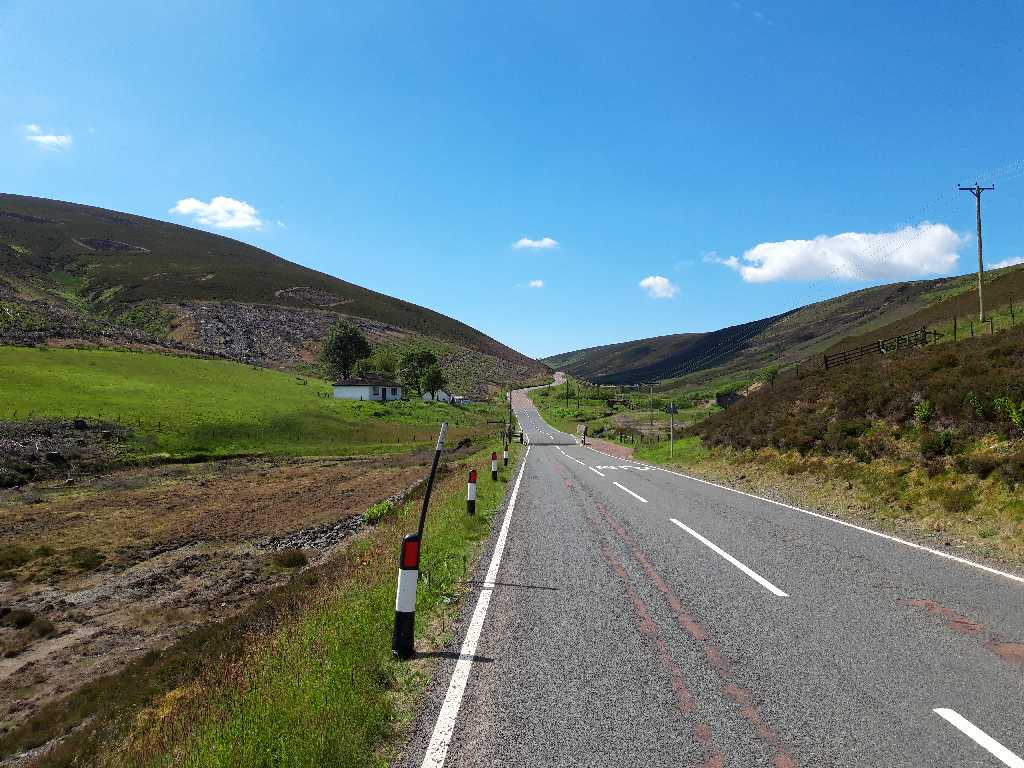 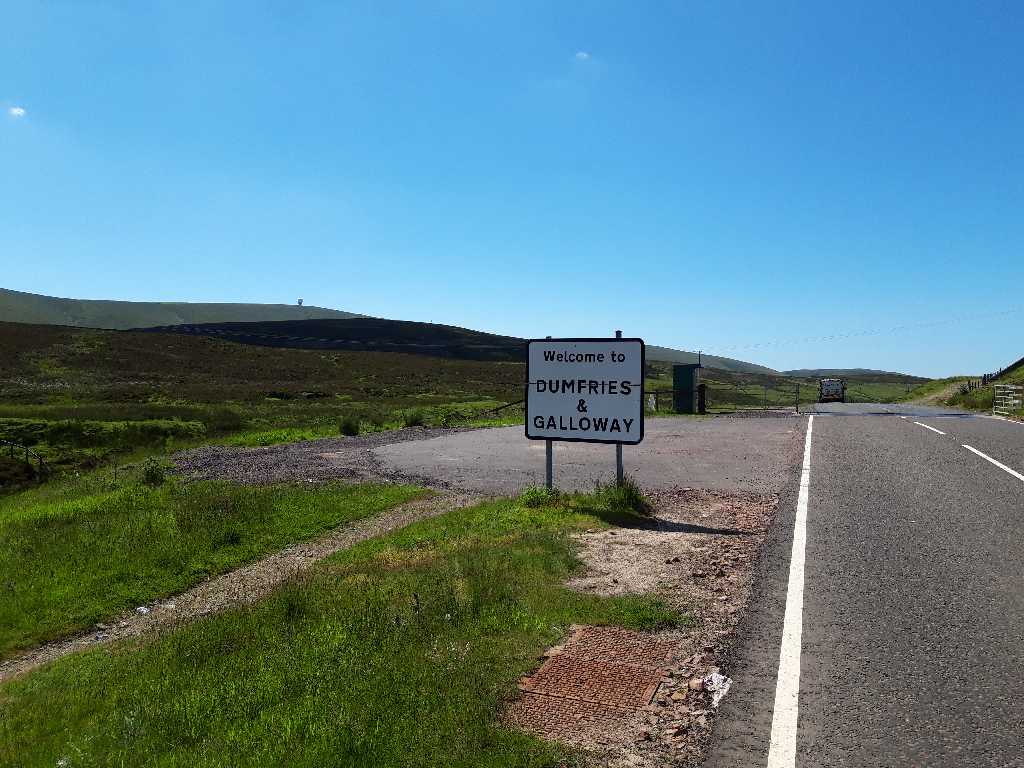 The radar station on top of Lowther Hill becomes visible in the very left back. 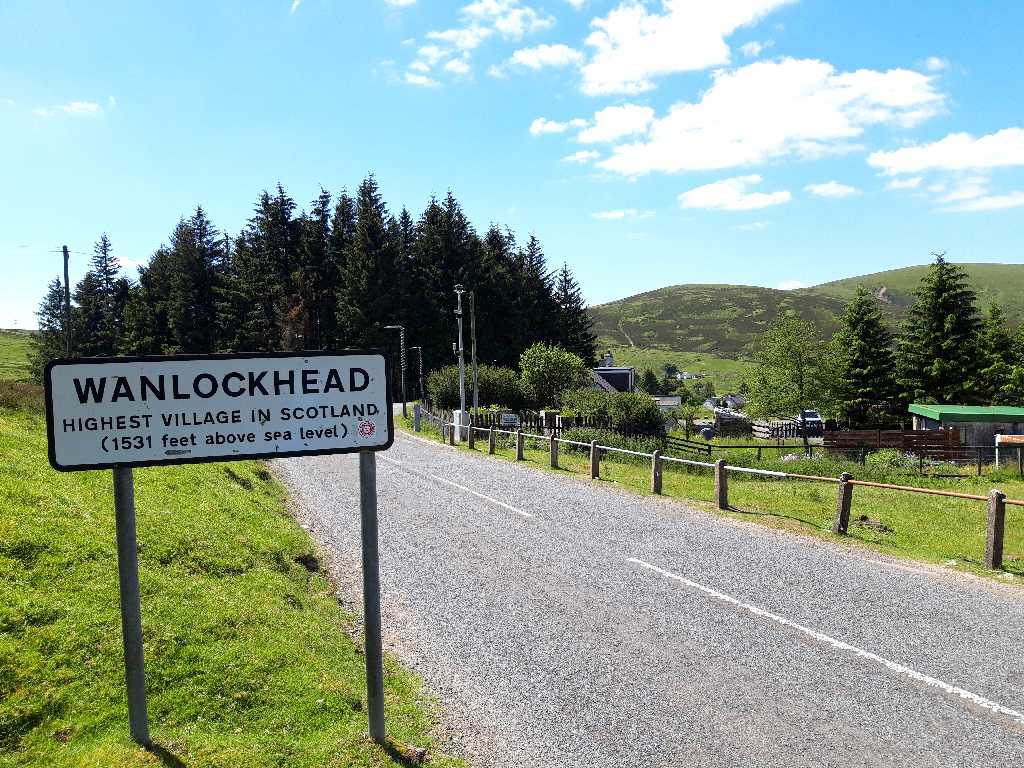 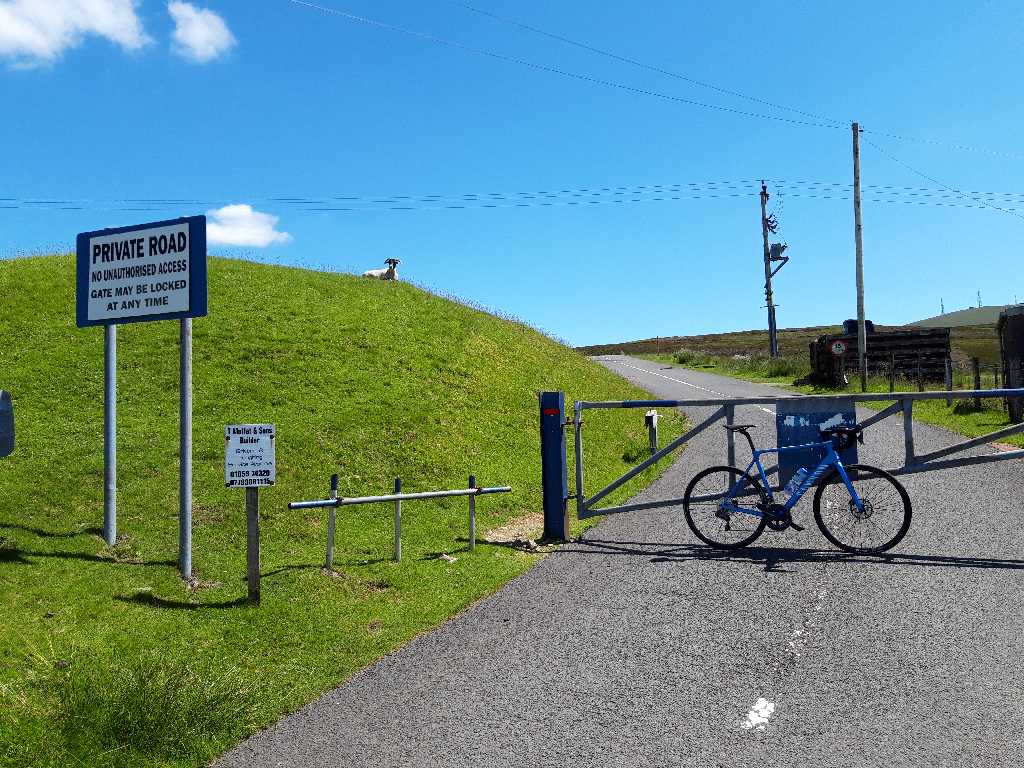 This private road leads to the radar station. The way is barred but actually accessible by bicycle. 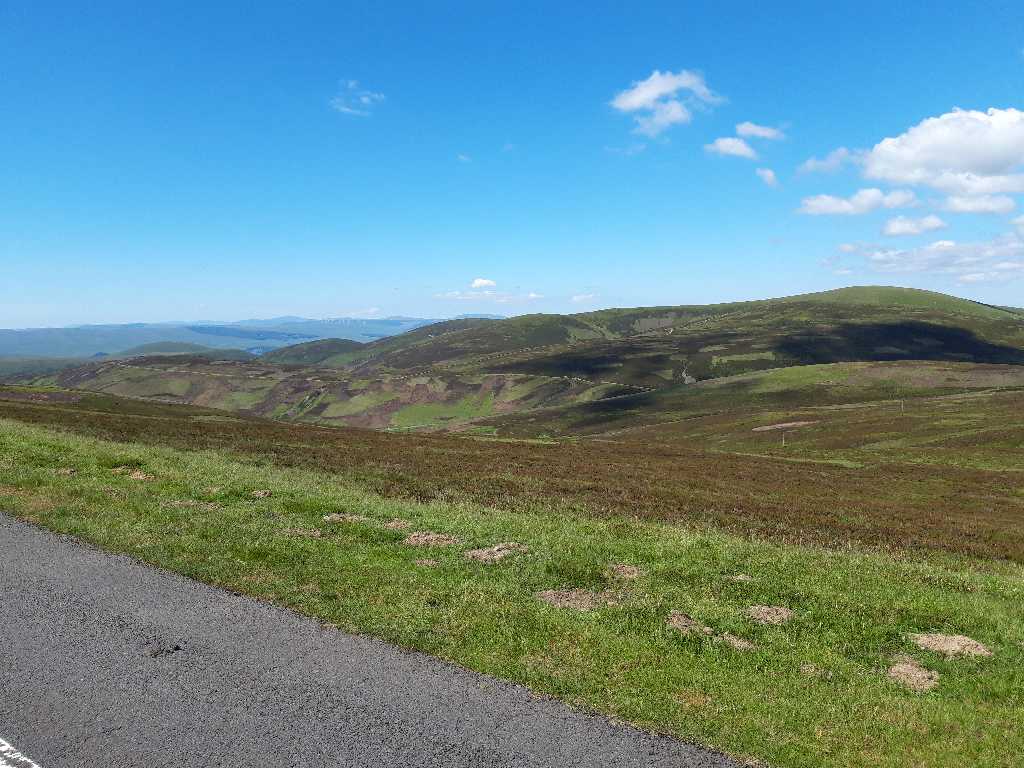 The ascent provides for nice views... 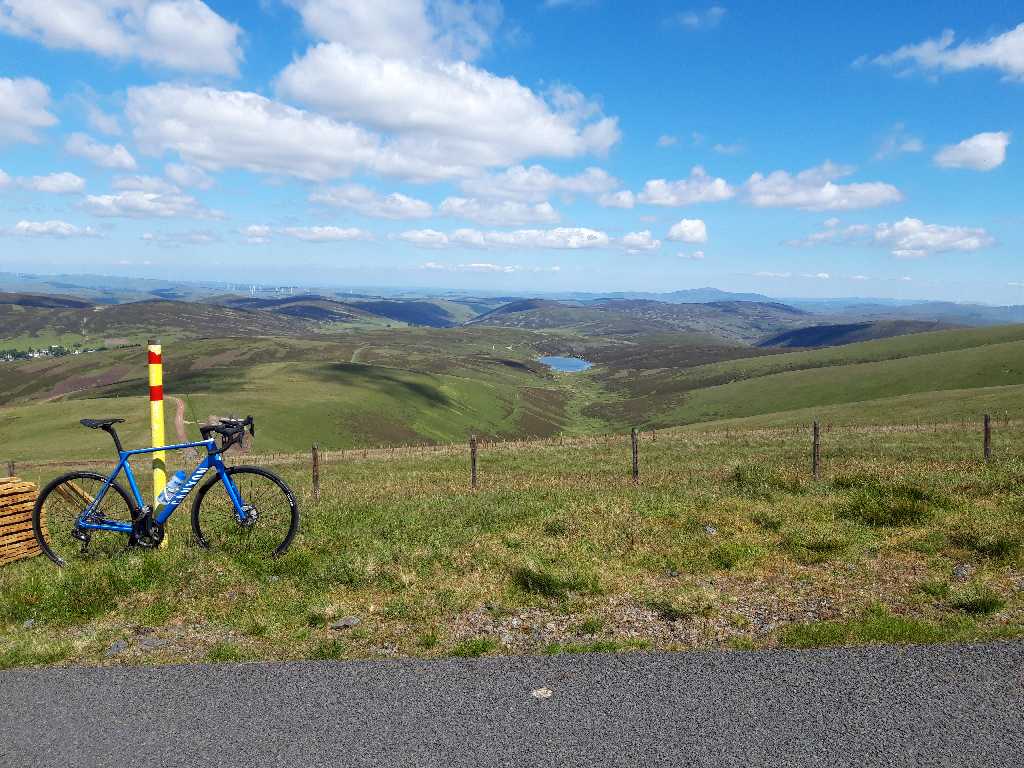 ...down to Scottish Lowlands. 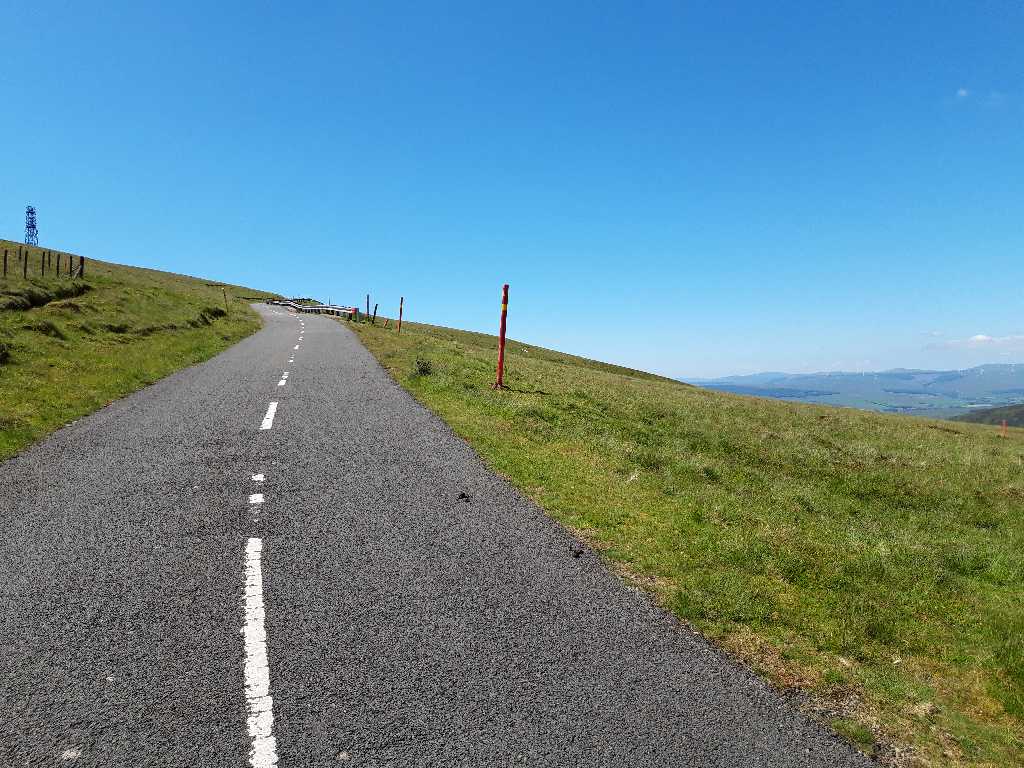 The climb becomes very steep in its final part... 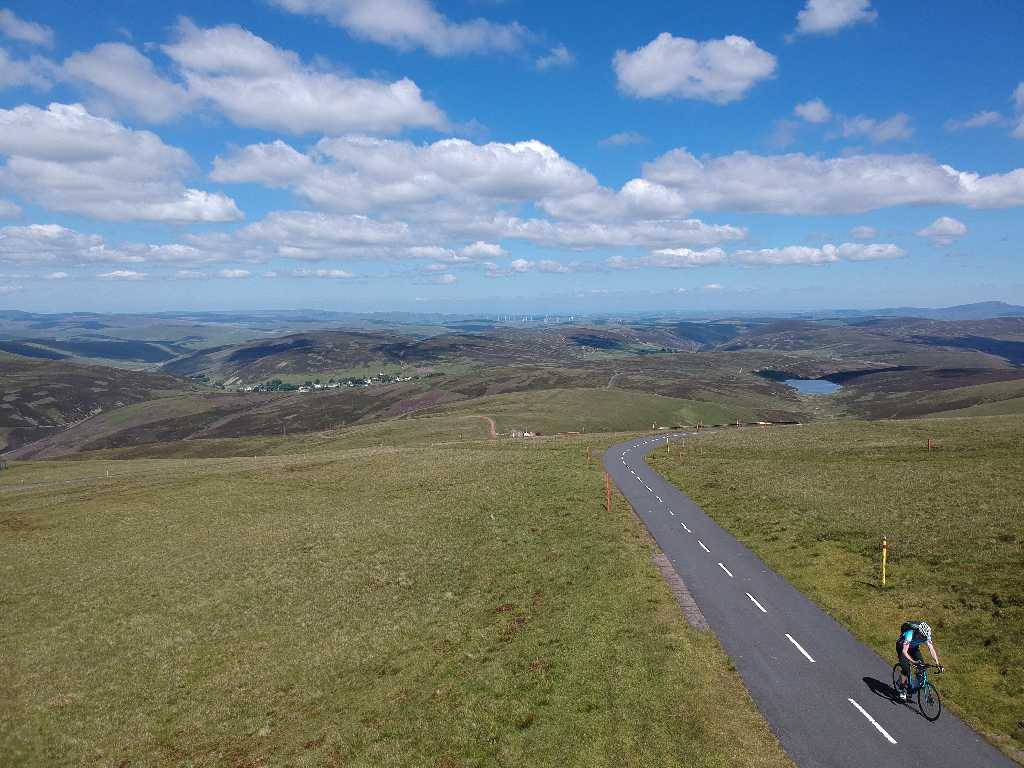 ...and demanding for the leisure cyclist. 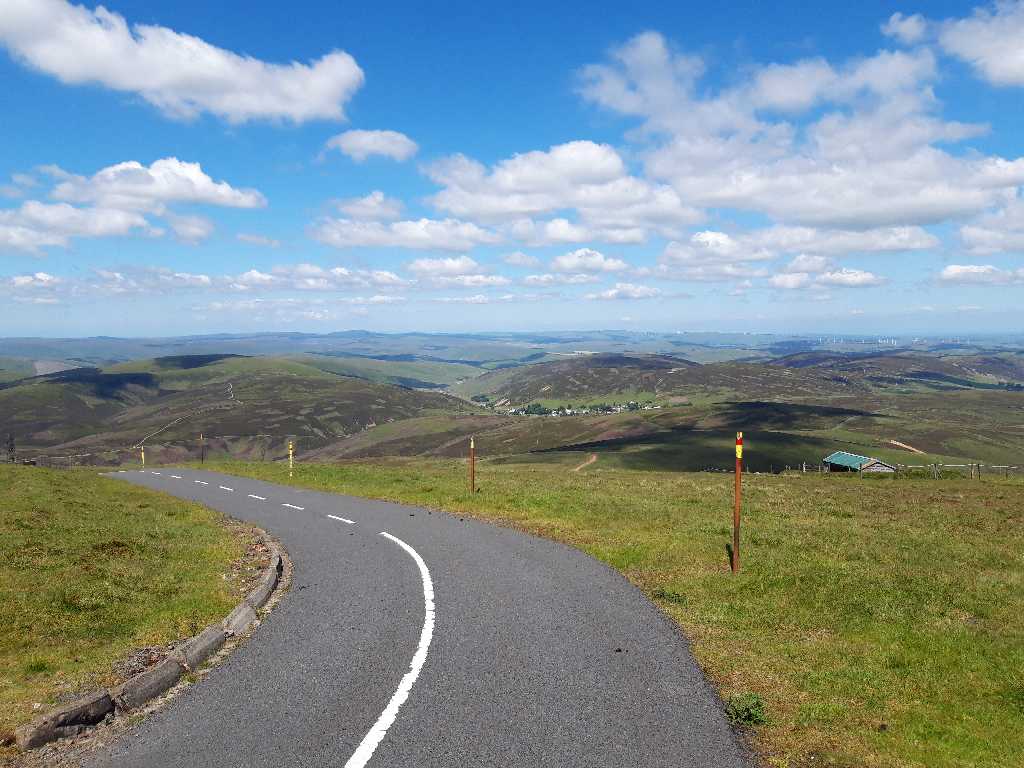 Deserted area without any motorized traffic... 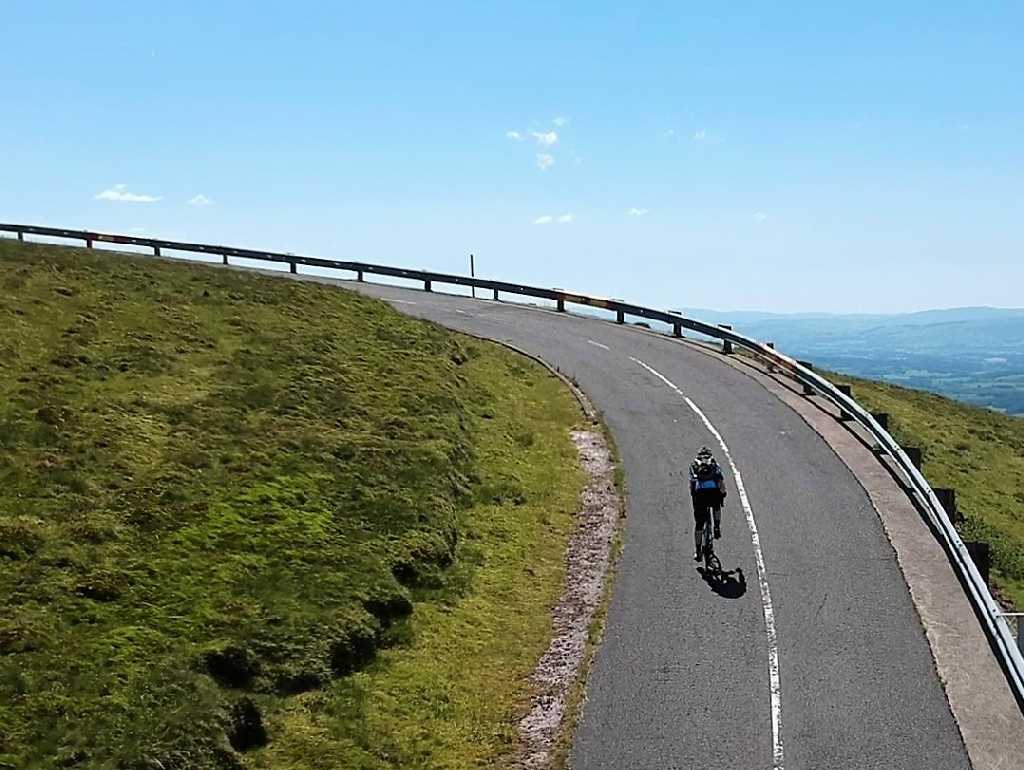 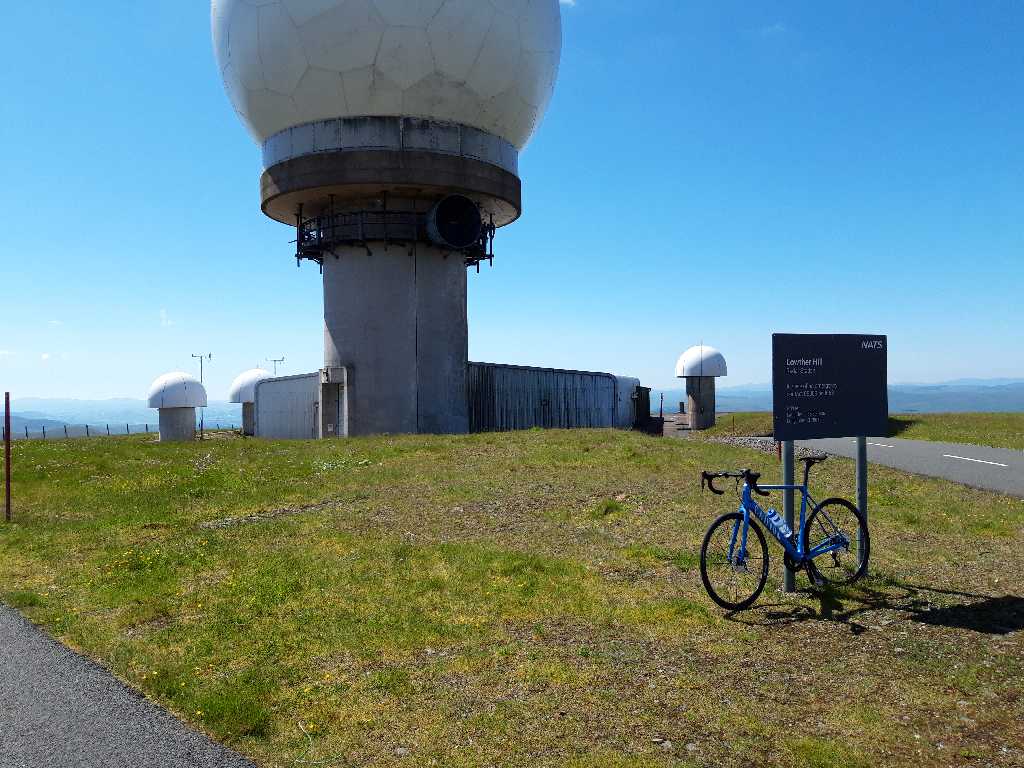