A very steep road leads from Austrian Ischgl in Paznaun valley up to Viderjoch at the border to Swiss Samnaun. Two third of the distance is asphalted but the remaining part is a gravel runway. 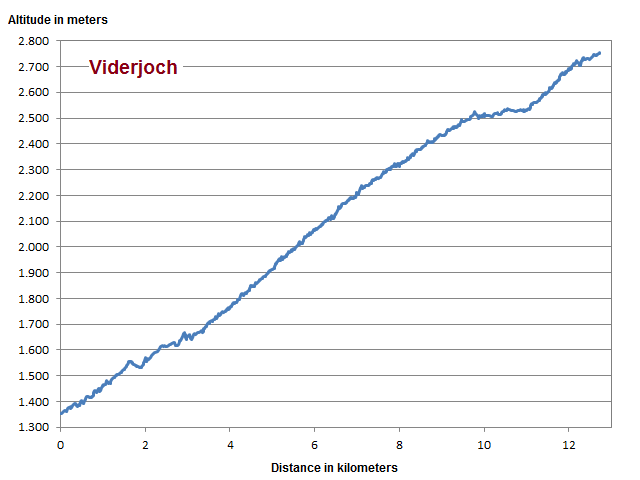 The outline shows at an elevation of almost 1,700m the middle station of Silvretta cable way and at some 2,300m the Idalp. A flat passage follows at 2,500m and finally the runway becomes very steep up to the pass. 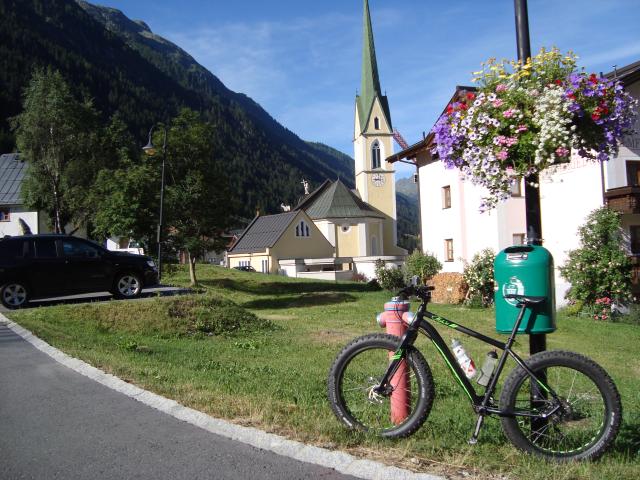 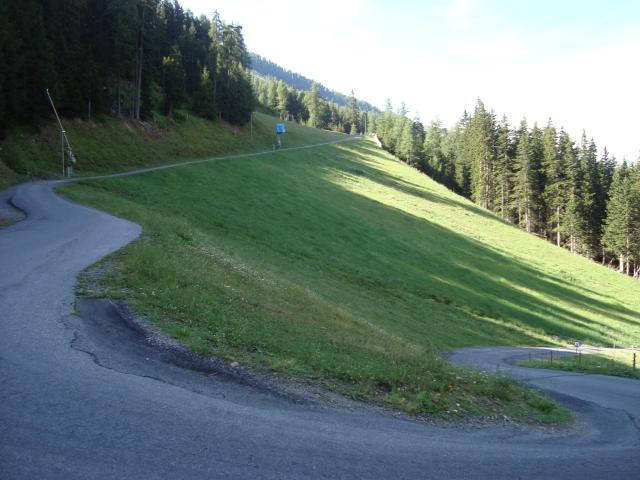 The asphalted way leads with a 12% grade up to Idalp. 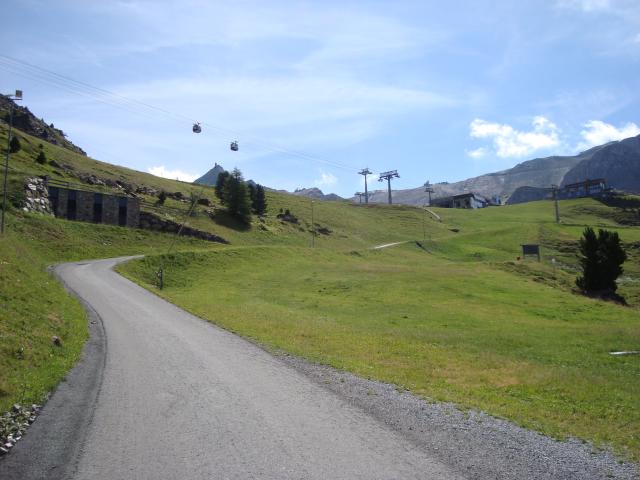 Mountain station of Silvretta cable way after some eight kilometers

This is the view up to the pass summit. On the very left mountain station of Flimjochbahn, to the right the Viderjoch pass, in the center of the image the Idjoch and on the very right the Greitspitz mountain. 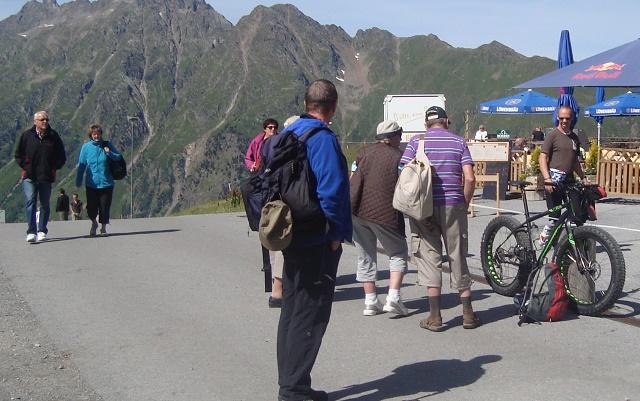 All tourists eyes on my fat bike... 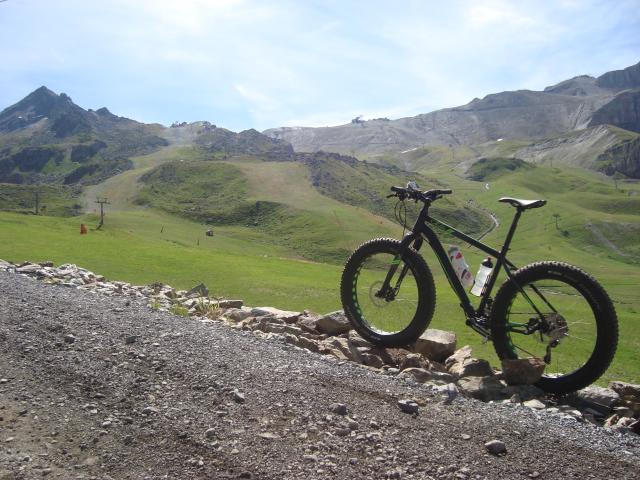 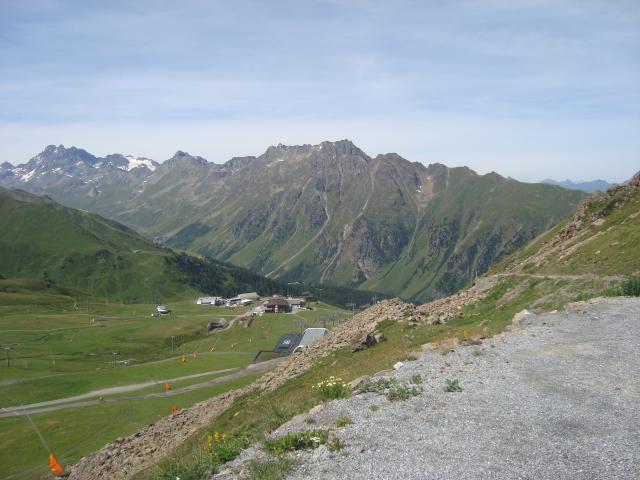 View back to Idalp 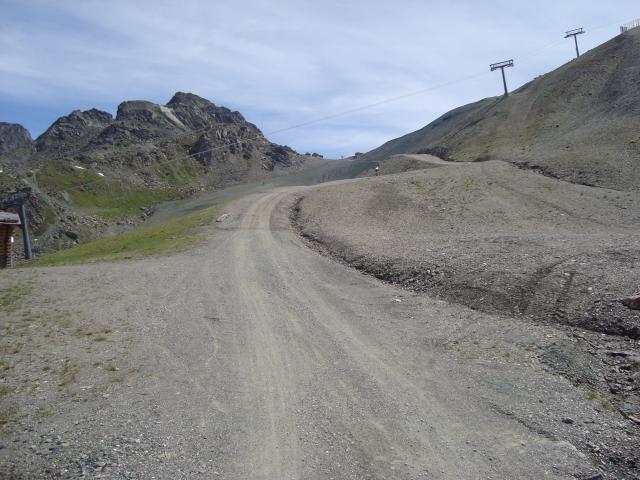 The way has some few flat passages but becomes very steep at its end. 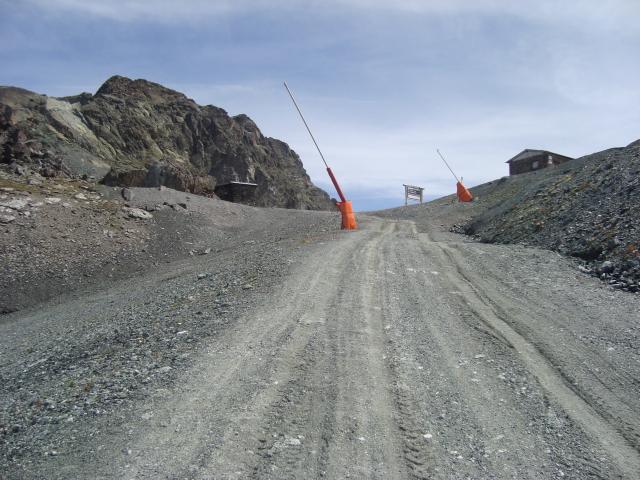 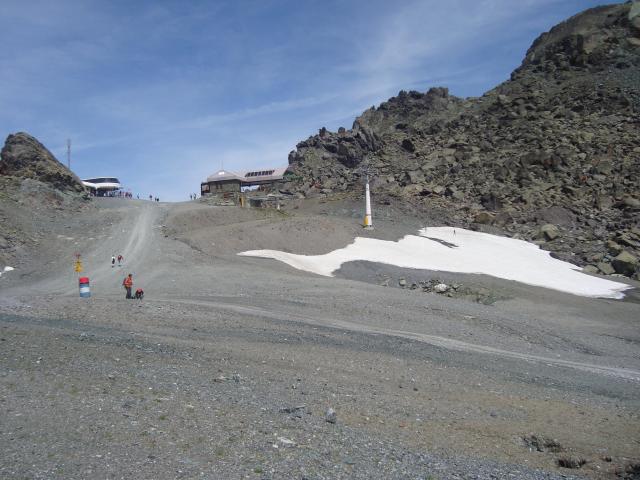 Today's target is nearby mountain station of Idjoch cableway at an altitude of 2,763m.

View from Idjoch to Greitspitz. However, the way is not cyclable.