The climb over Col du Soulor and Col d'Aubisque is one of the most scenery and demanding rides in the French Pyrenees. Its eastern ascent overcomes 1,300 meters of altitude gain and provides gradients of partly more than 10%. 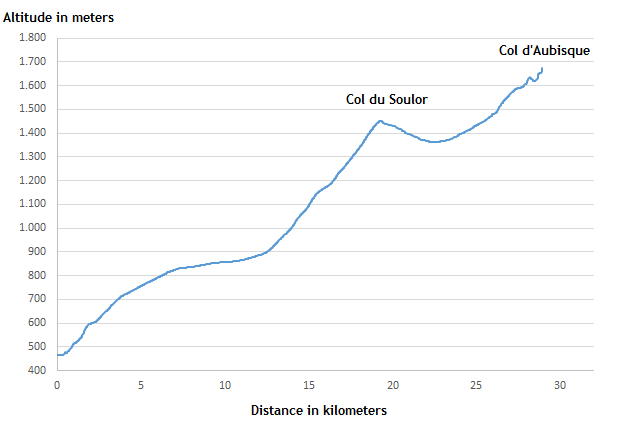 The climb commences right after departure in Argeles-Gazost and leads to a flat passage reaching out to the village of Arrens. Afterwards ist becomes steep until summit of Col du Soulor. After a short descent the ride continues alongside the rock face leading up to the summit of Col d'Aubisque. 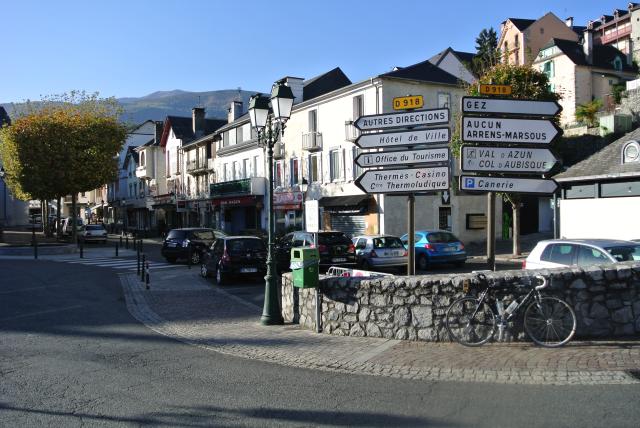 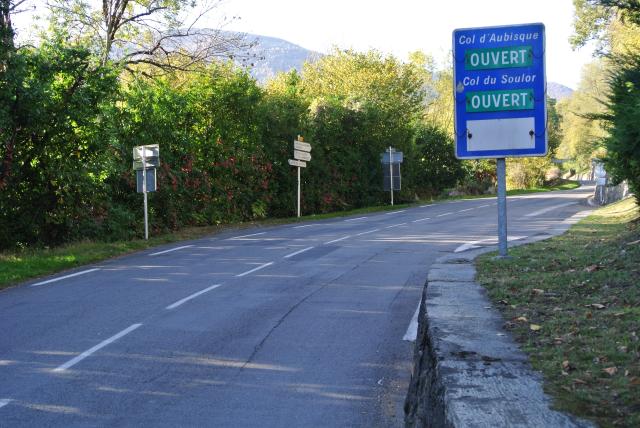 It becomes steep right behind the end of the village. 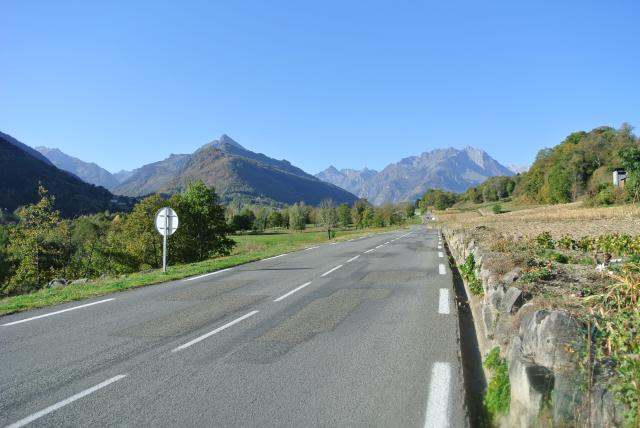 The way leads to this high plateau... 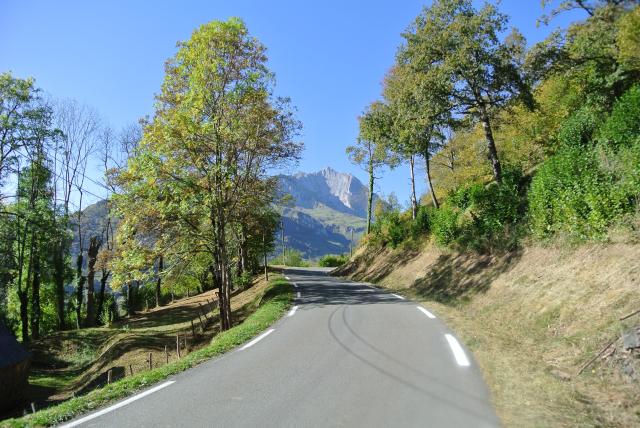 .. with some short steep climbs. 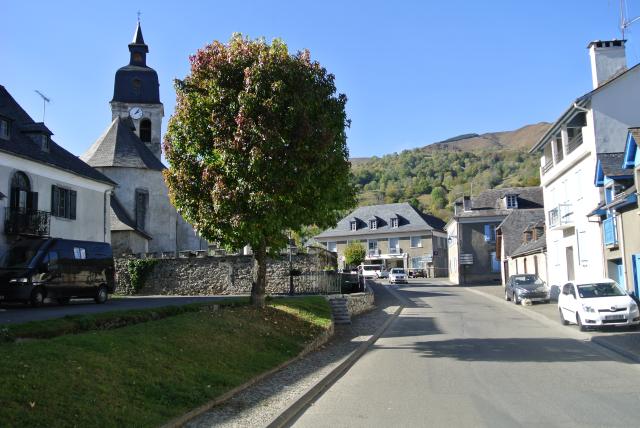 The final climb starts in picturesque village of Arrens. 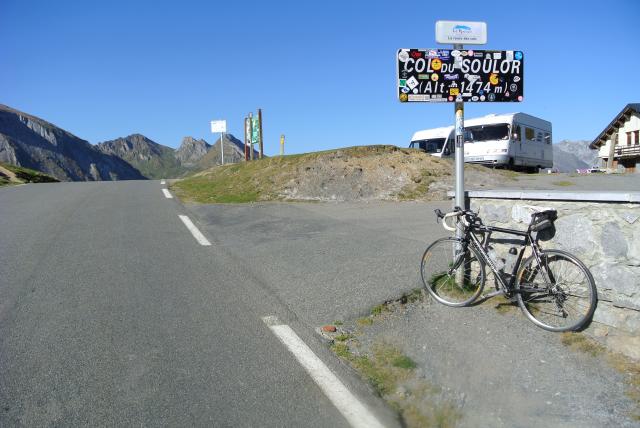 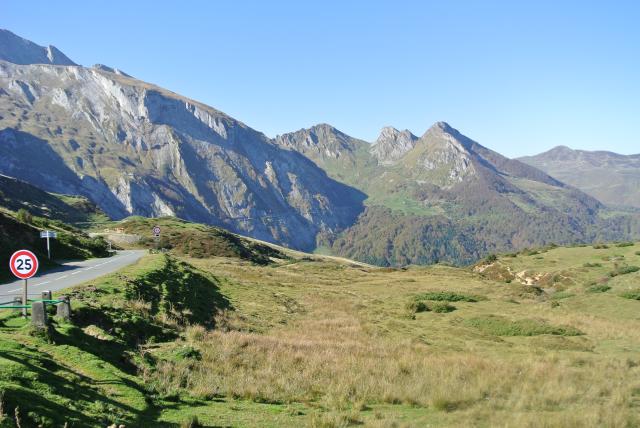 The pass summit of Col du Soulor provides scenery view onto further way to Col d'Aubisque. The way leads in the center of the image alongside the rock face with a hundred meters precipice. Pass summit of Aubisque is situated left from the mountain mass in the very right back. 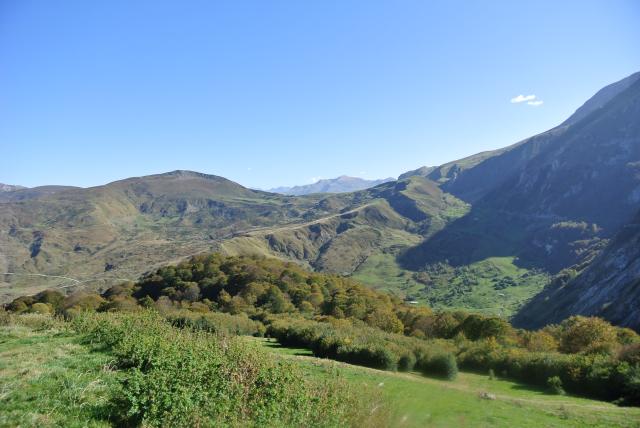 View back to Col du Soulor

After a short wooded area pass summit becomes visible left of the center of the image. 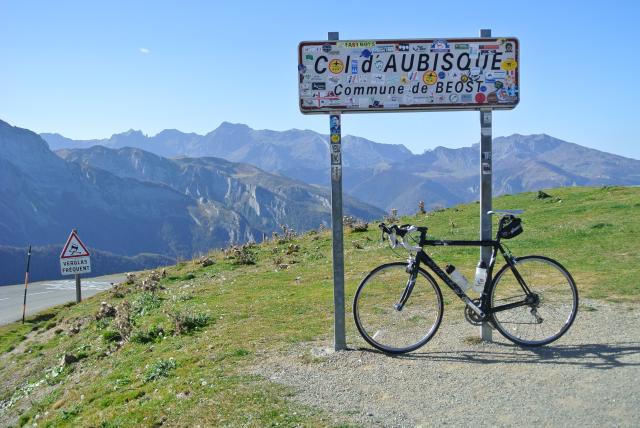