Due to its frequent Tour de France presence the Alpe d'Huez climb has become one of the most popular rides in the Alps. Every year thousands of amateur cyclists challenge the famous 21 hairpins up to the French ski-resort. Shortly behind the village a further rather unknown mountain pass is situated: The Col de Sarenne. This pass road was part of the 100th edition of Tour de France in 2013 and thus gave the opportunity to climb Alpe d'Huez twice in a row. 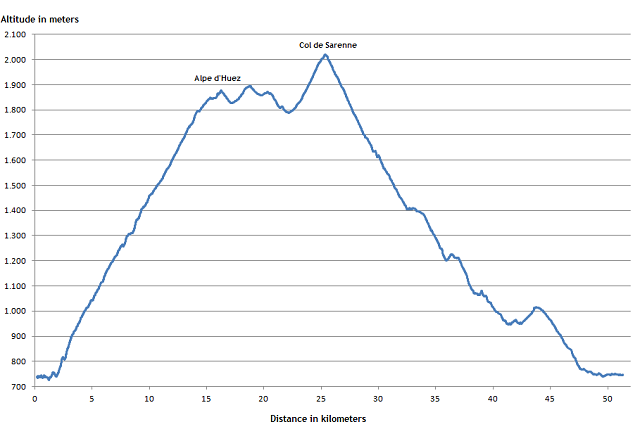 The profile shows the well-known 13 kilometers up to Alpe d'Huez with its average grade of more than 8%. Subsequently the ride proceeds to Col de Sarenne. Finally, the long descent returns to the departure village of Bourg d'Oisans.

The ride commences in the center of Bourg d'Oisans. In the very top of the image center the mountain village Alpe d'Huez is situated. 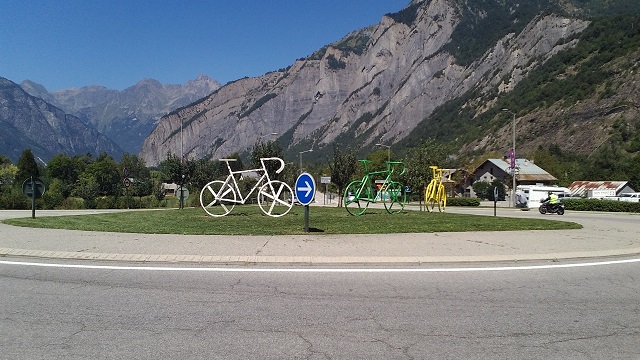 Tour de France visited the village only few weeks ago. 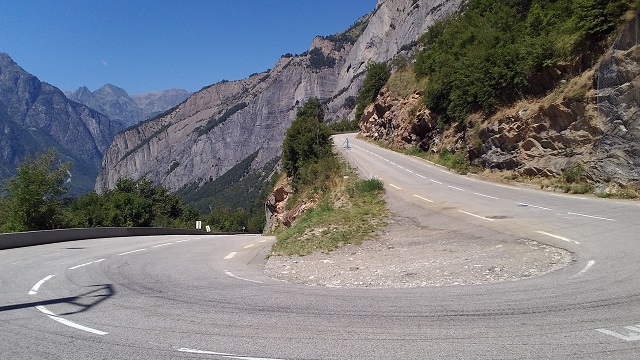 The lower curves are the steepest... 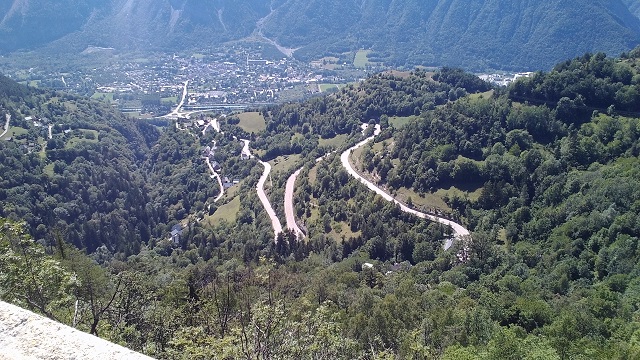 View down to the lower ramps of the climb 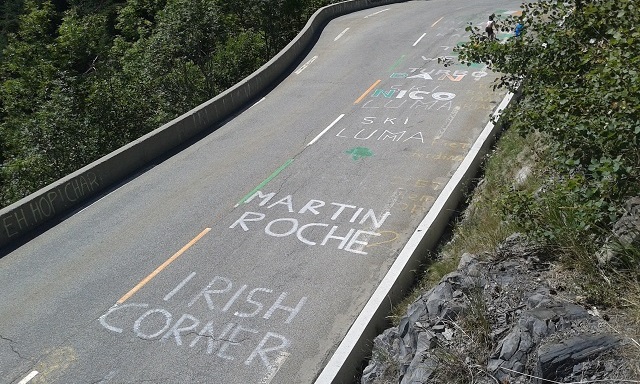 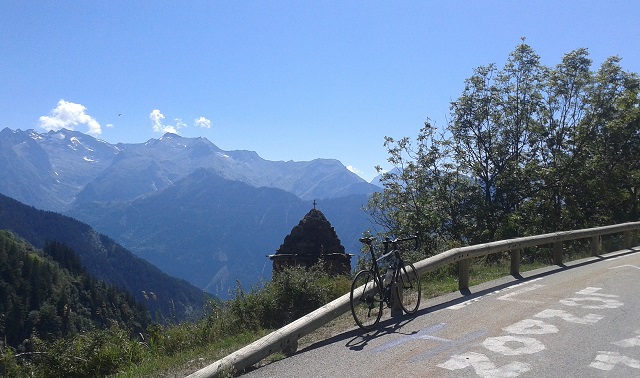 In the upper part of the ascent the view to the French Alps becomes amazing. 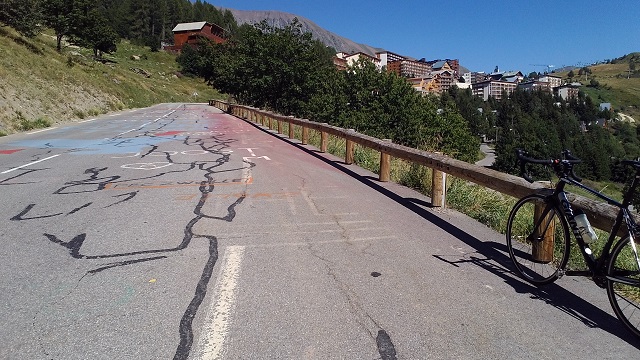 The hotels of the ski-resort come to the fore. 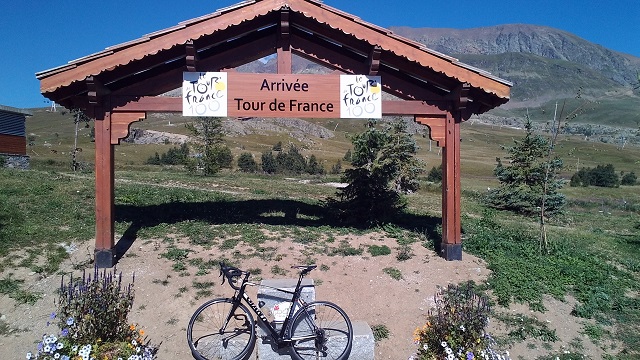 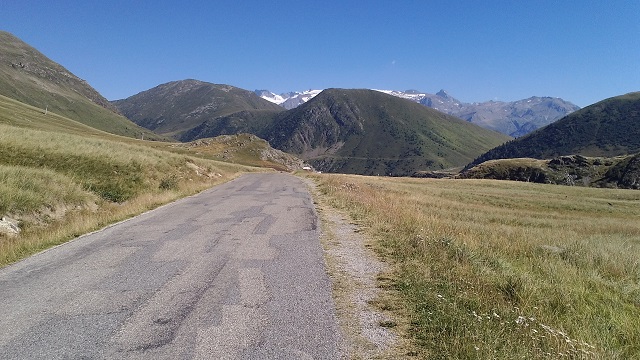 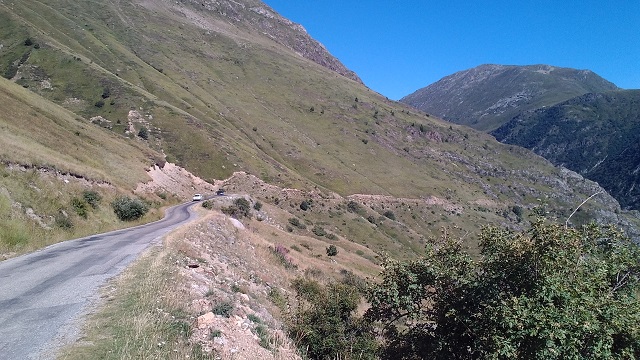 This is already the view down to the descent from Col de Sarenne. During TdF 2013 this road was criticised by many riders as being too dangerous. However, there are many other descent road conditions in the Alps being much worse... 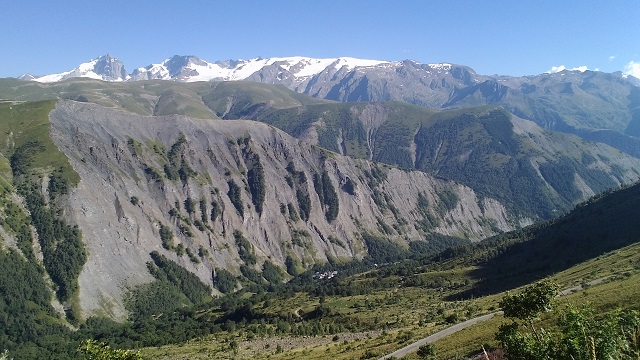 Great view to the glacier scenery 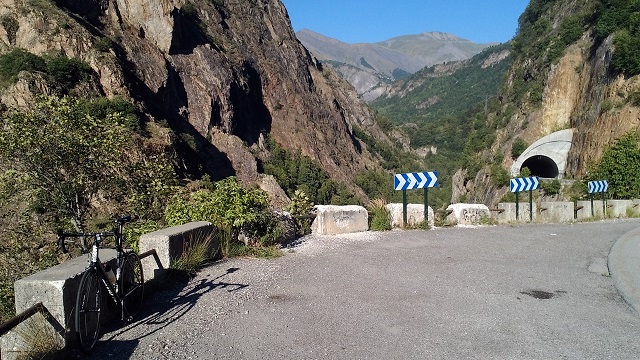 And finally, the way returns to Bourg d'Oisans.

Alpe d'Huez - Mecca of Cycling! World-famous 21 switchbacks! Due to the altitude of less than 1,900m sometimes smiled at, but anyhow a great experience! The road is firmly dominated by cyclist from all over the world. You can even find English language on traffic signs - in France! Numerous amateur cyclists agonise up the painted road to the village of Alpe d'Huez. As a tribute to most famous Jan Ullrich the word "ULLE" can be created easily from zebra crossings (however, that times have unfortunately changed...). In every single serpentine you can find a reference to a winner of an Alpe d'Huez-stage at Tour de France: In the first switchback it's a memorial to Fausto Coppi and Lance Armstrong! In the village of Alpe d'Huez traffic signs direct all cyclists to the official finish of the Tour de France-stage. In summer professional photographers take pictures of all amateur cyclists on the road. Those pics can be purchased in the village at horrendous prices! (see also route of cycling marathon La Marmotte) 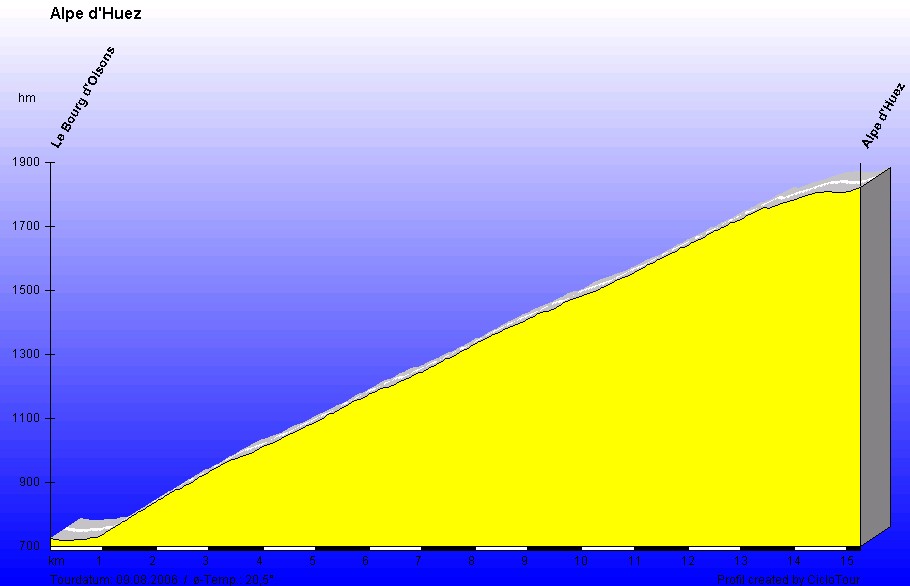 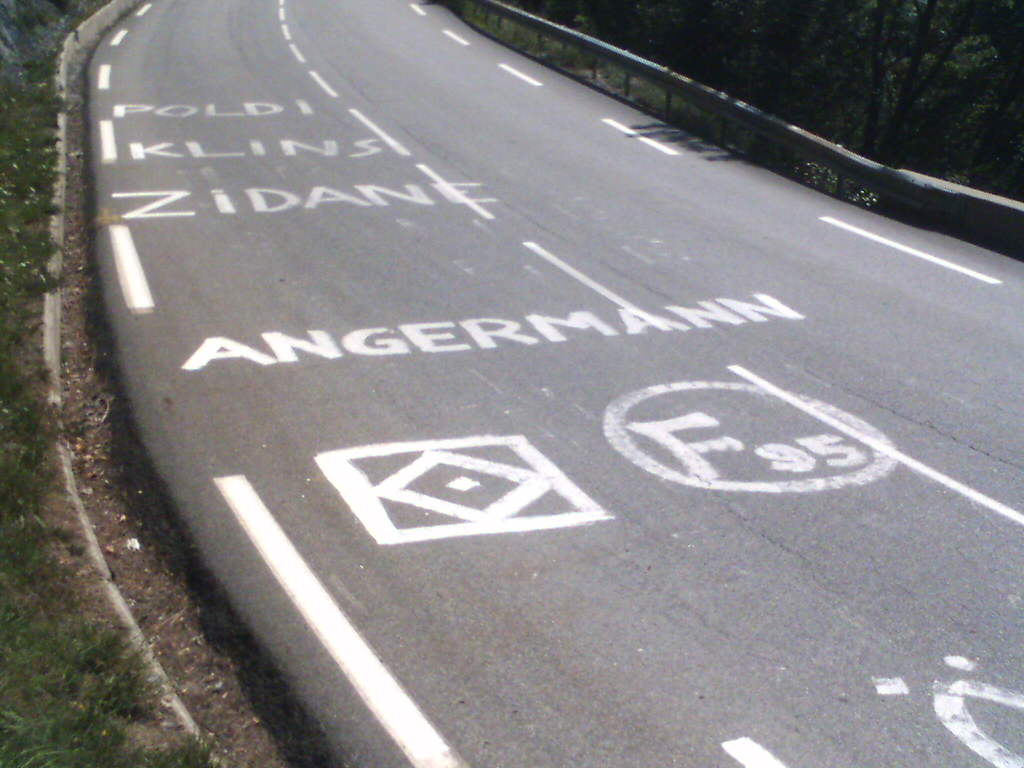 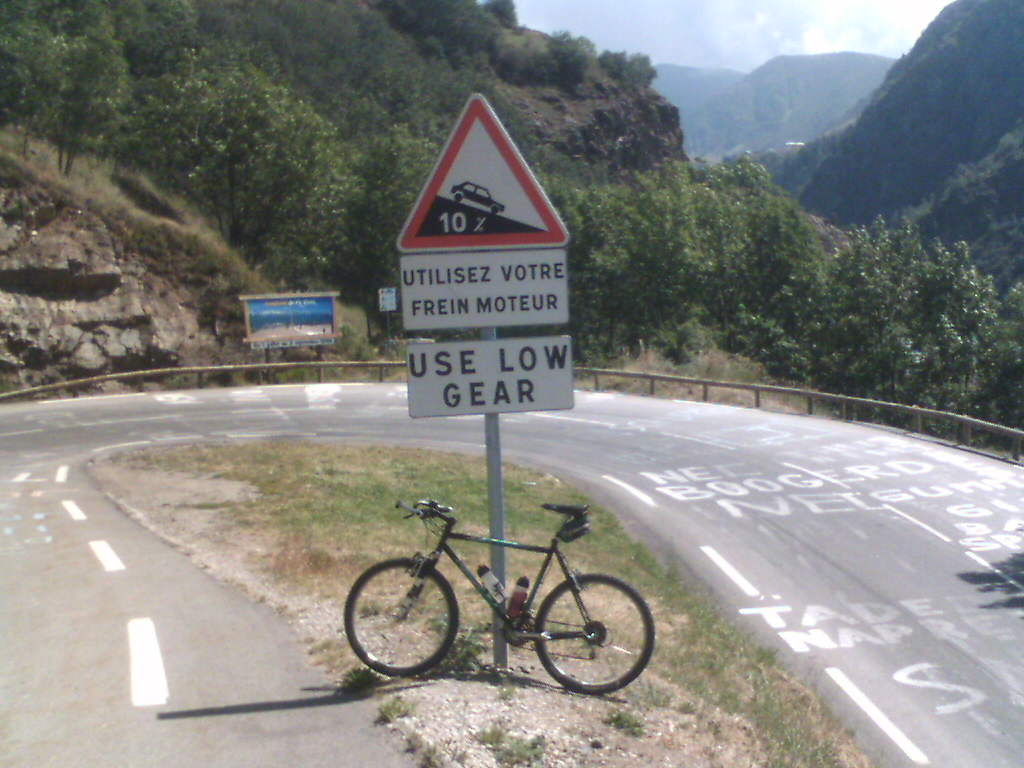 Bicycle chain at the very left 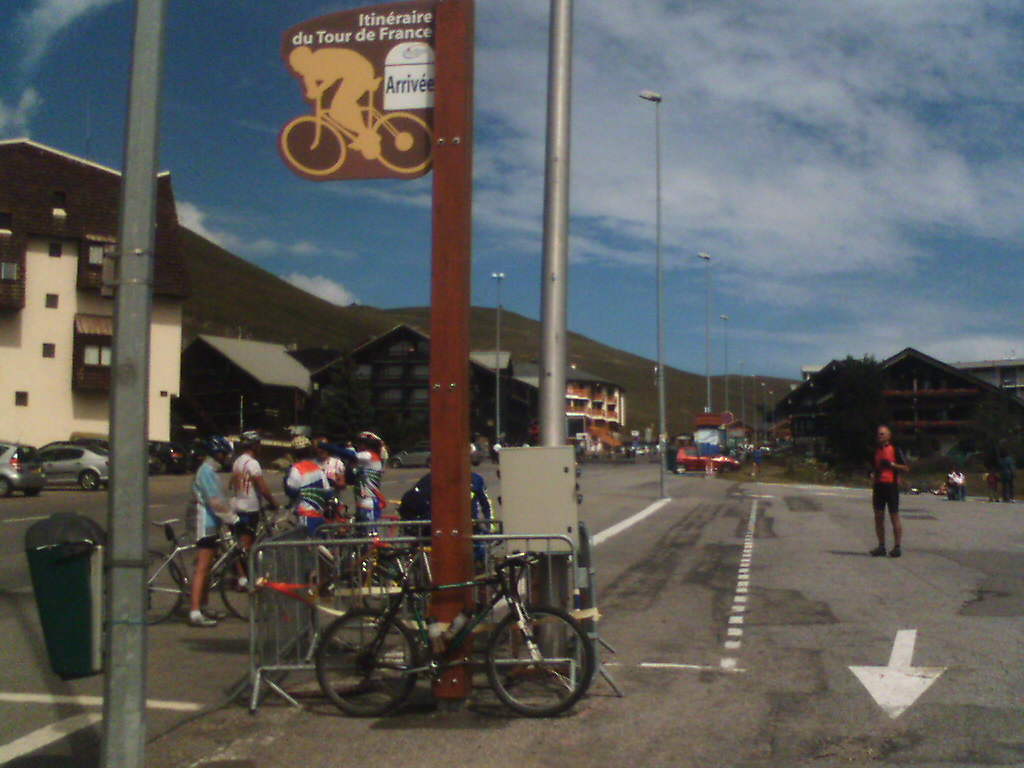