The volcano Roque de los Muchachos is situated in the northern center of Canary Island La Palma and can be accessed through an asphalted road up to the crater rim. This is the highest spot on the Canaries that can be reached by using a road bike. Its peak is even higher than the very popular road at Teide volcano on Tenerife (2,362m). Due to the (typically) good weather conditions there are several astronomical facilities on the summit of Roque de los Muchachos made accessible by the asphalted road. 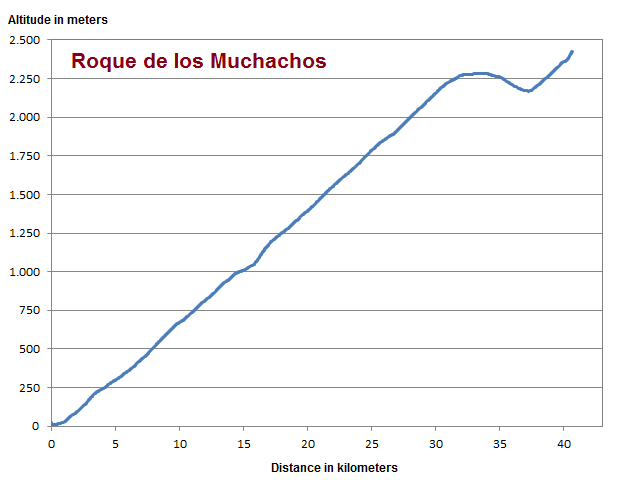 Eastern approach of Roque de los Muchachos constitutes an imposing climb overcoming more than 2,500 meters of altitude gain on more than 40 kilometers distance. The climb has an average grade of some 7%. Shortly before summit the road declines for some hundres meters of altitude but then turns from the northwestern flank to the peak at the crater rim. 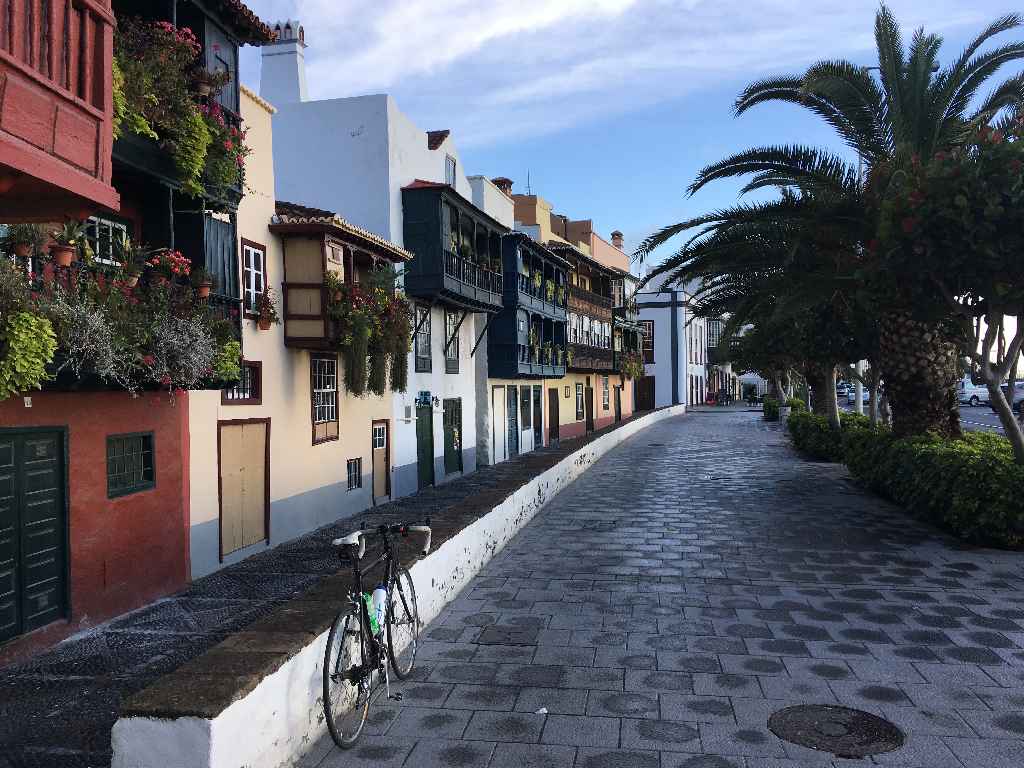 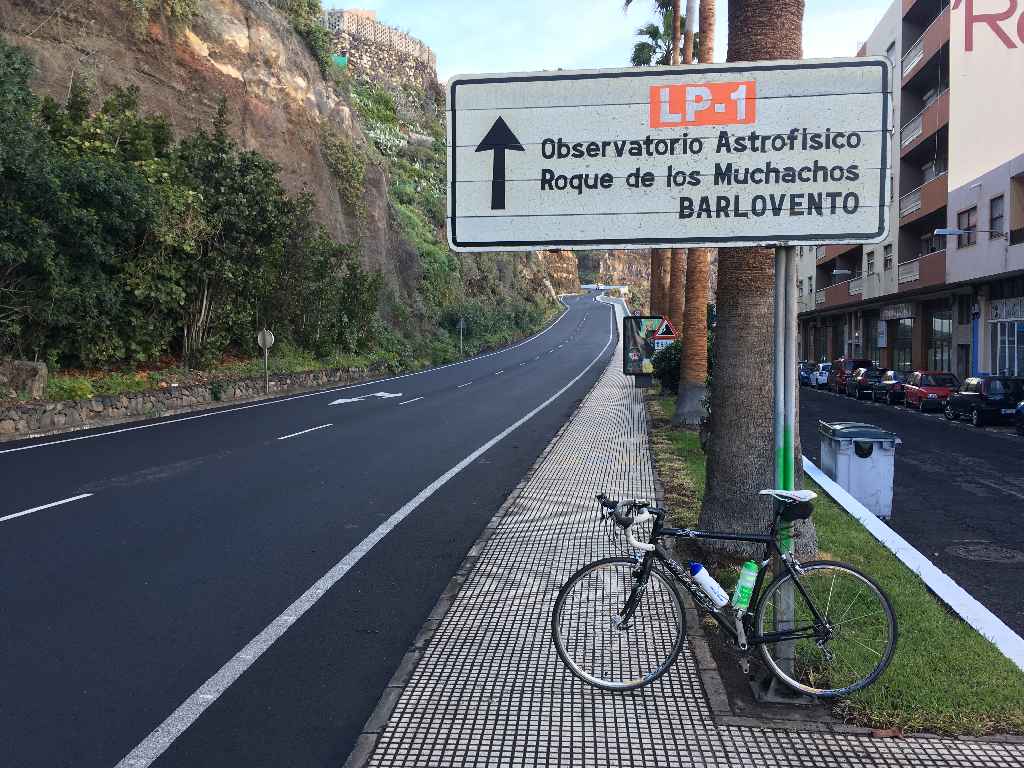 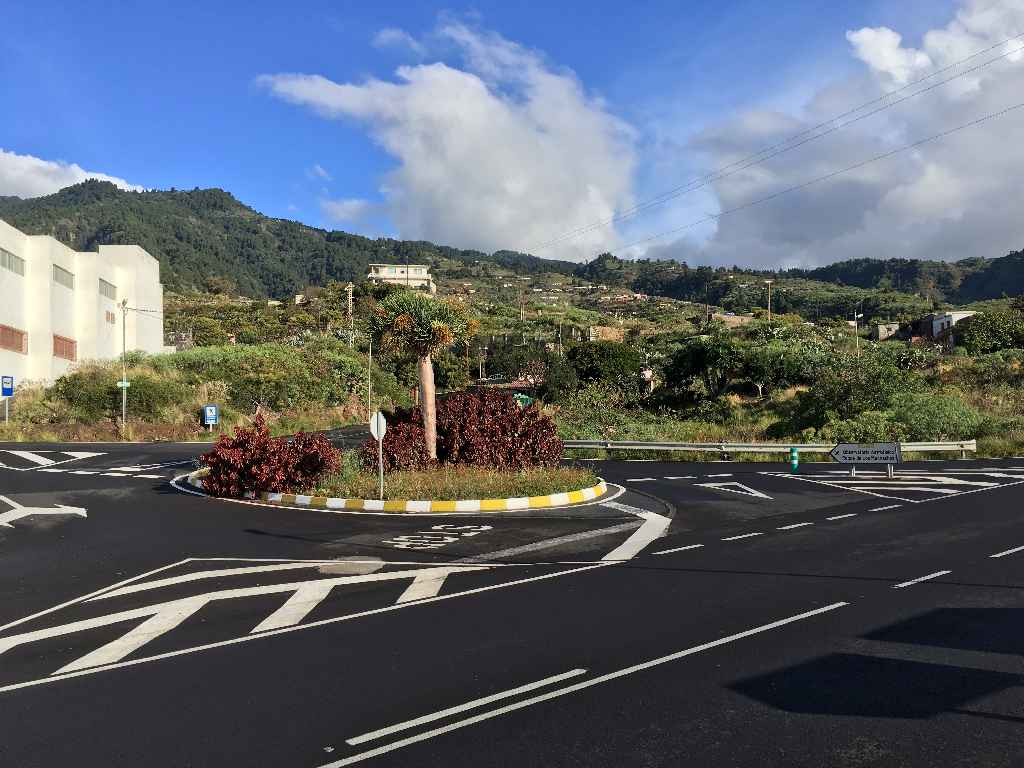 ...and diverts at this junction to very light traffic LP-4. 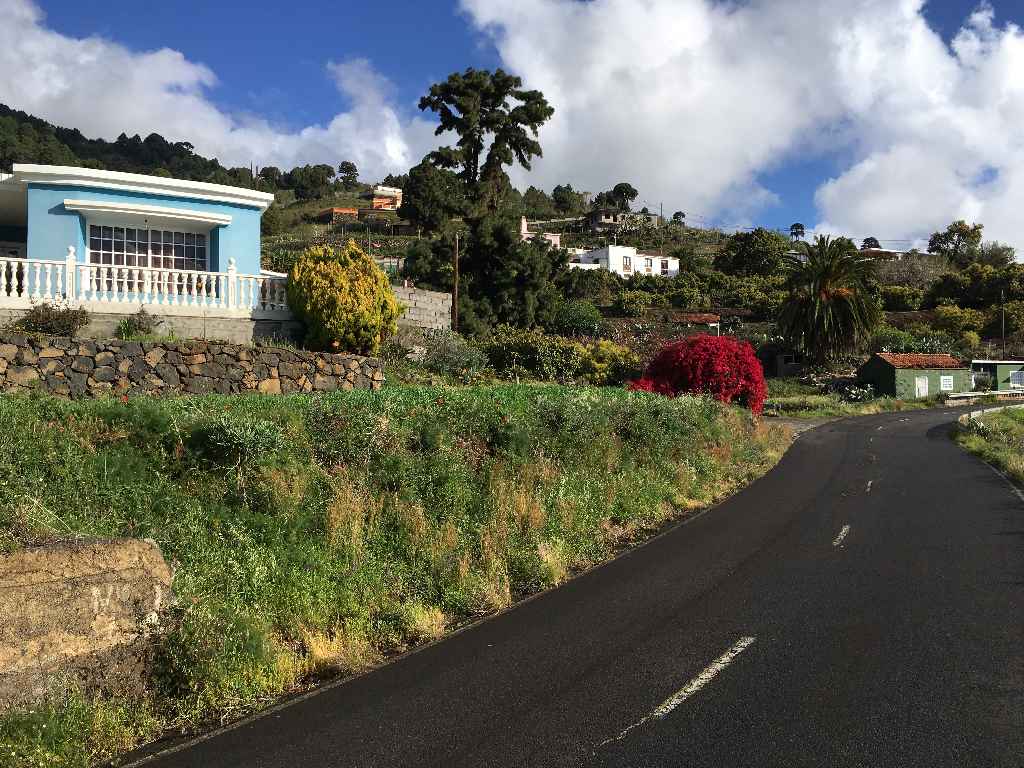 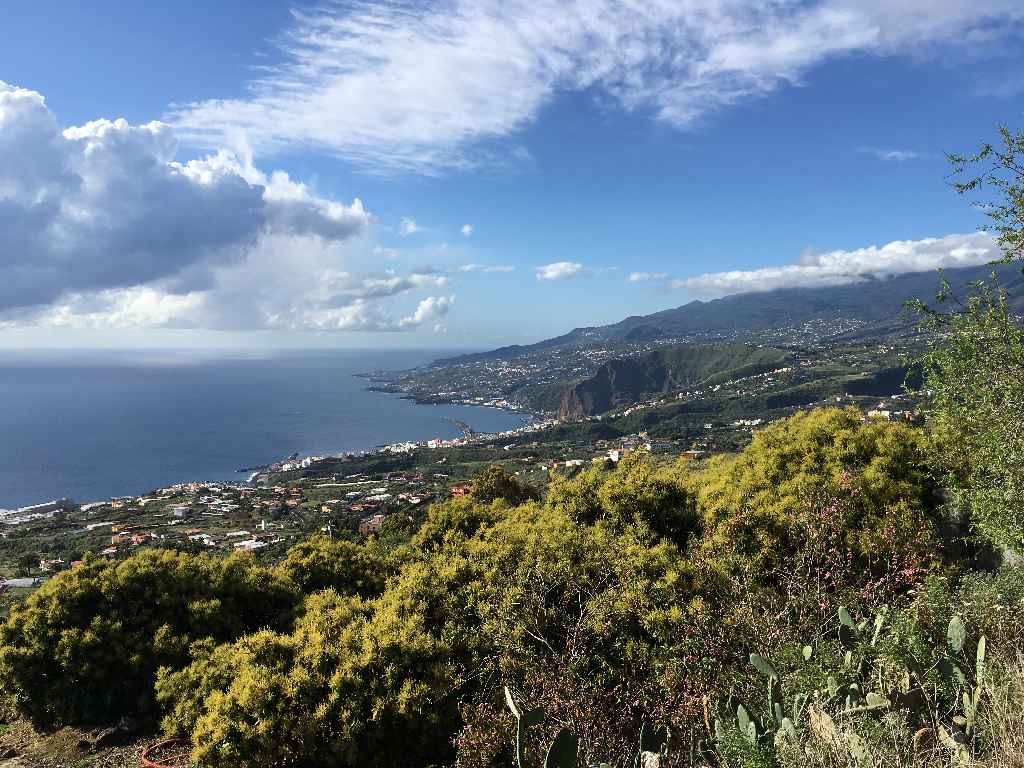 View back to Santa Cruz 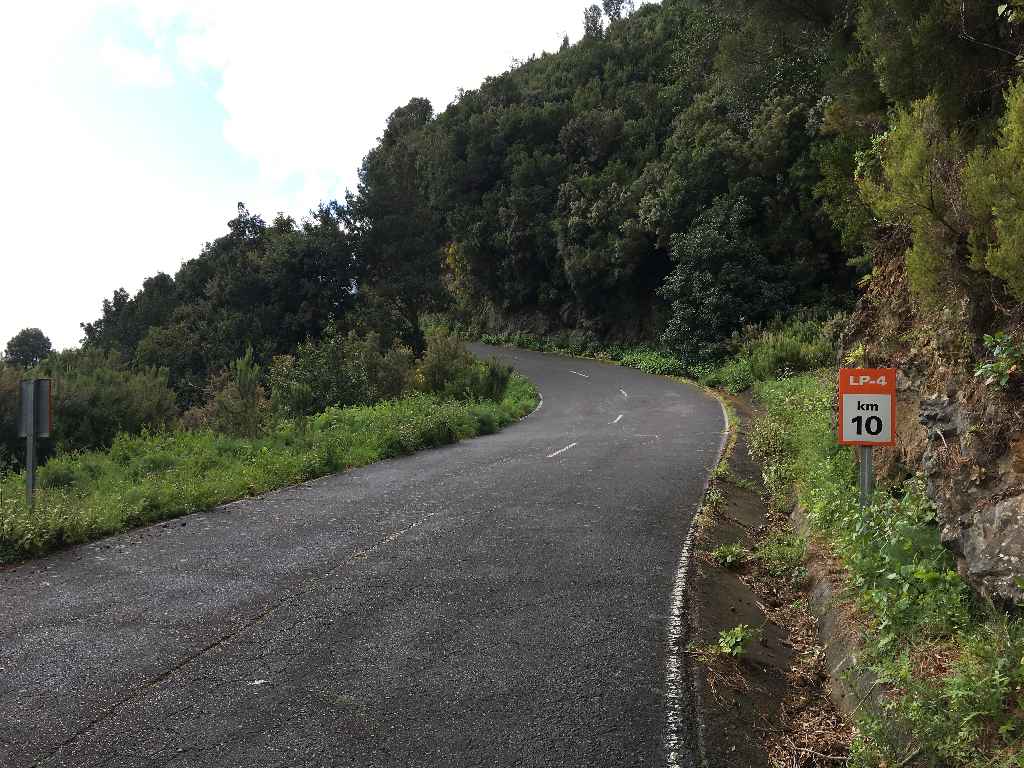 After a few hundreds meters of altitude gain flora turns into a tight green. Signs alongside the road report the distance covered so far. 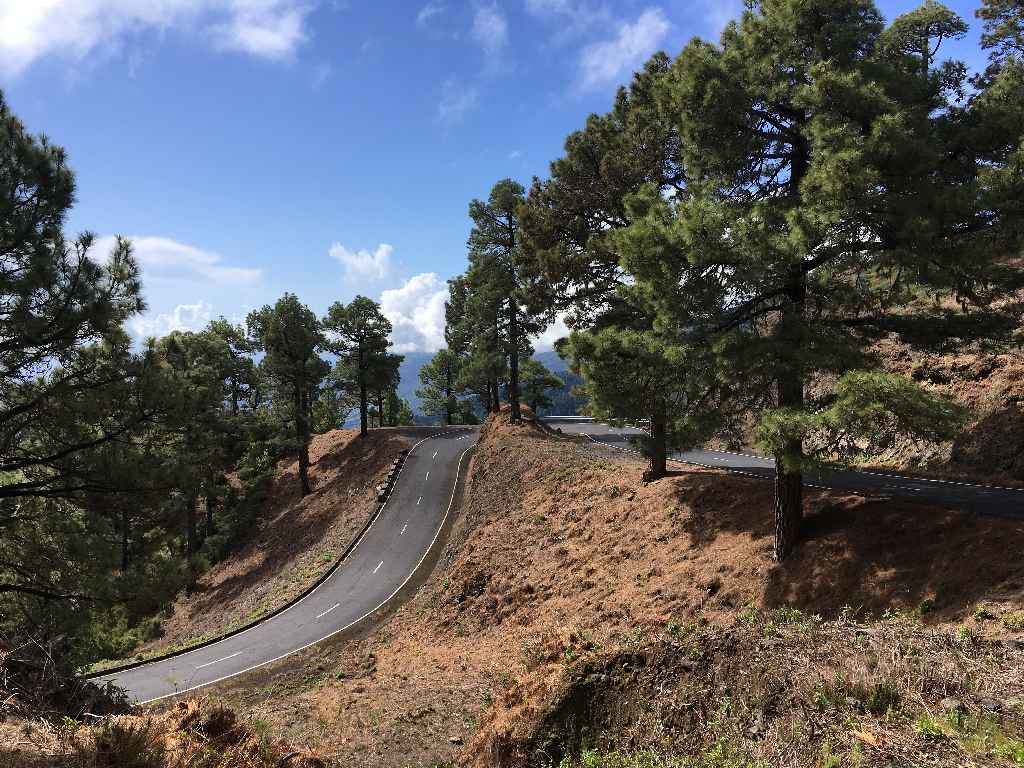 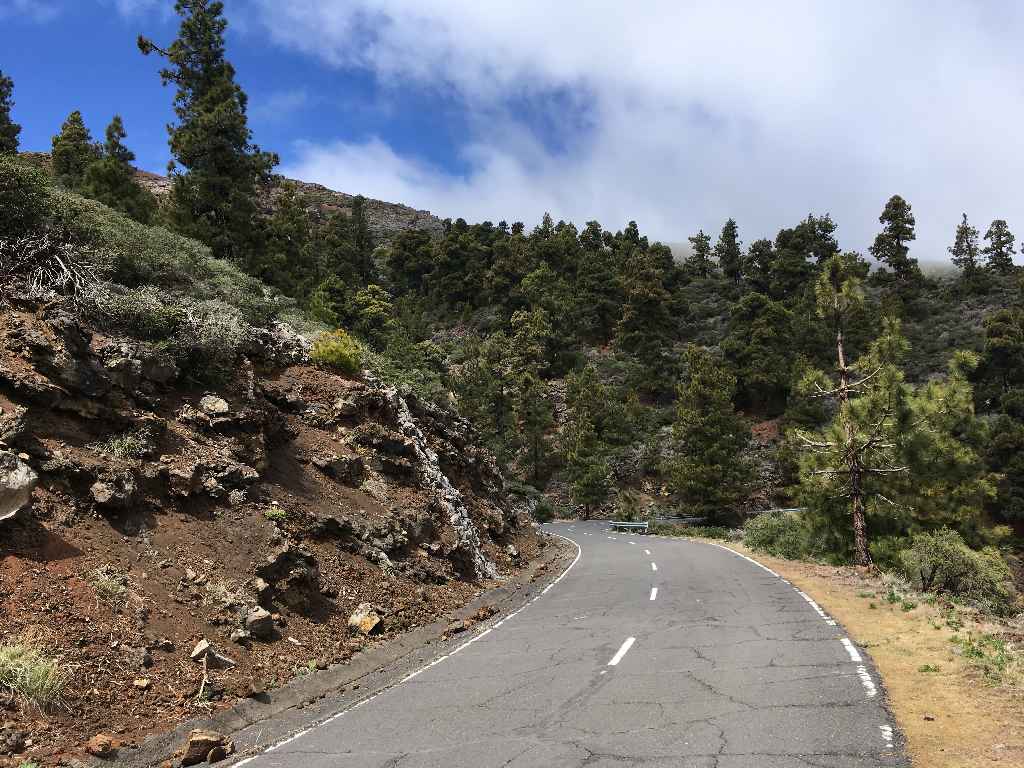 Upcoming clouds from northeast cause some slight concerns. 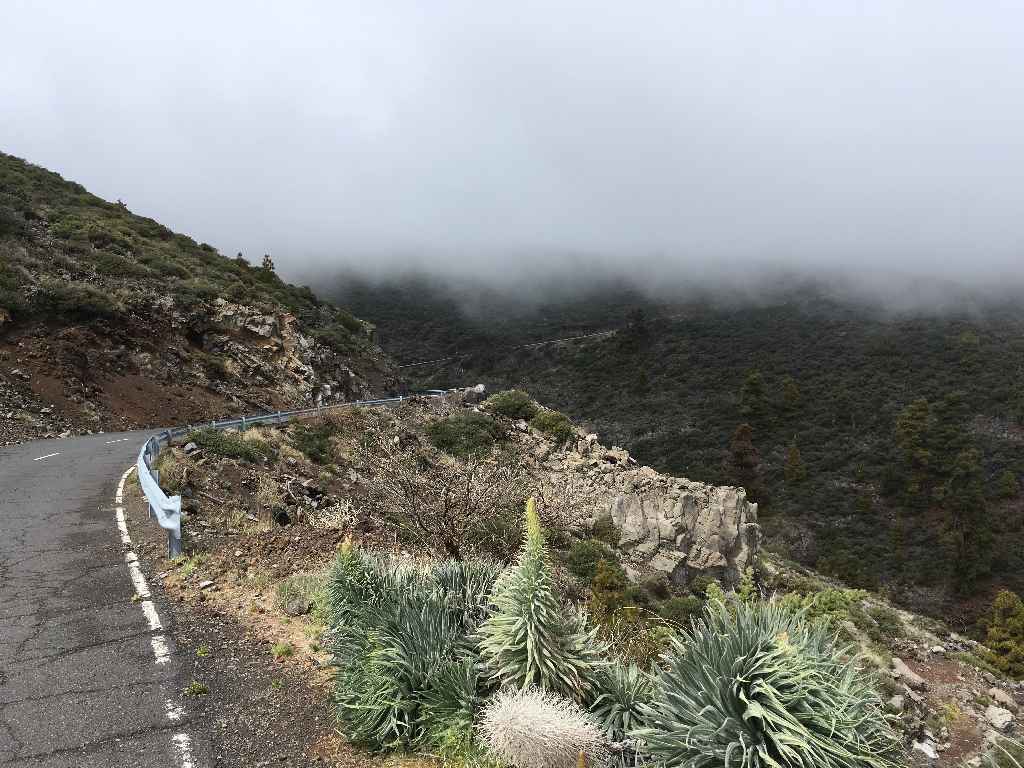 After half of the distance the cyclist gets swallowed by the clouds. 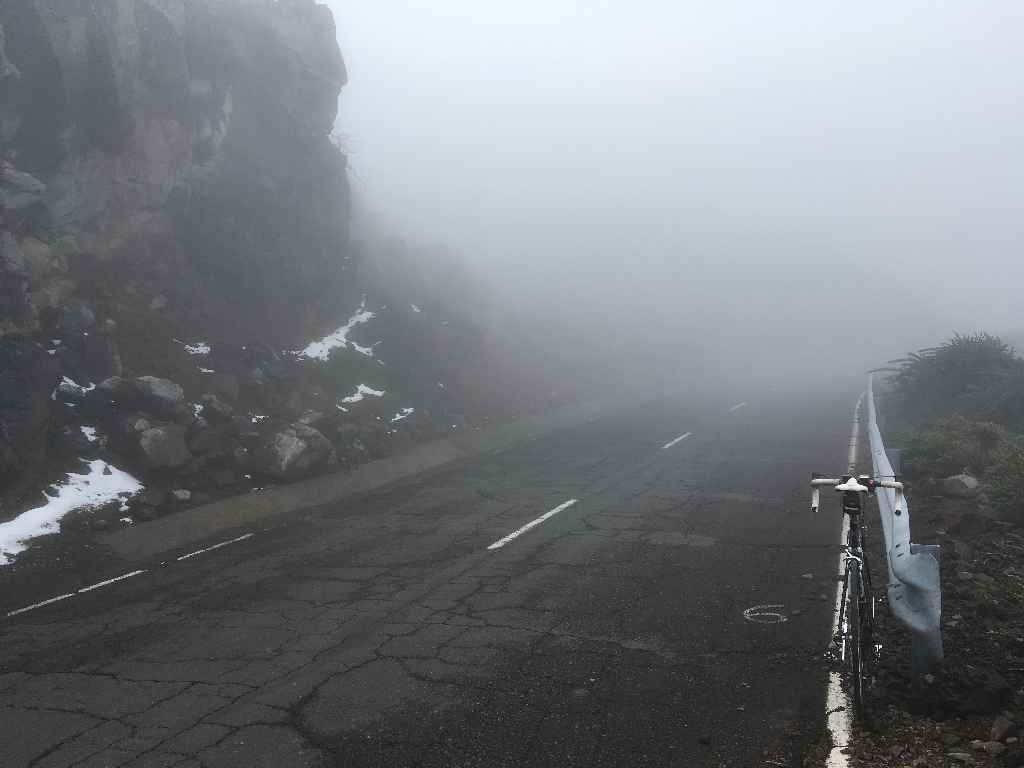 Patches of snow alongside the road at an elevation of 1,800m 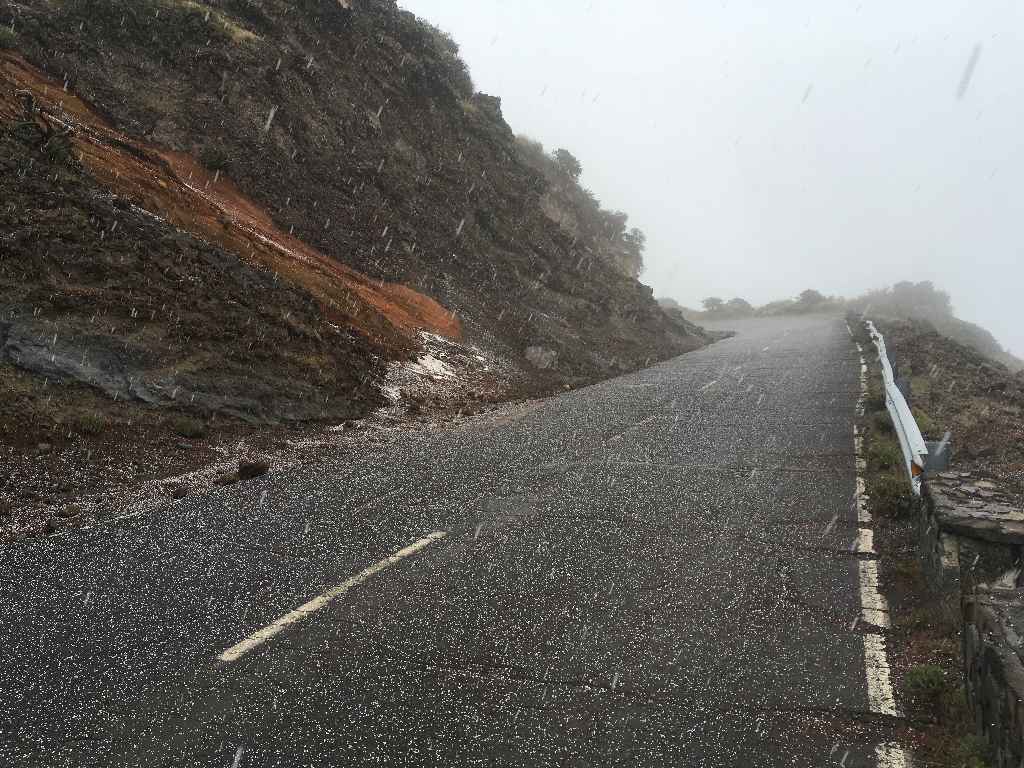 ...followed by a sudden drop in temperature to nil degrees and heavy hail.

But it even turns worse: Bitter cold and very bad visibility do not cause any pleasure. The viewpoint Mirador Los Andenes does not provide any views today... 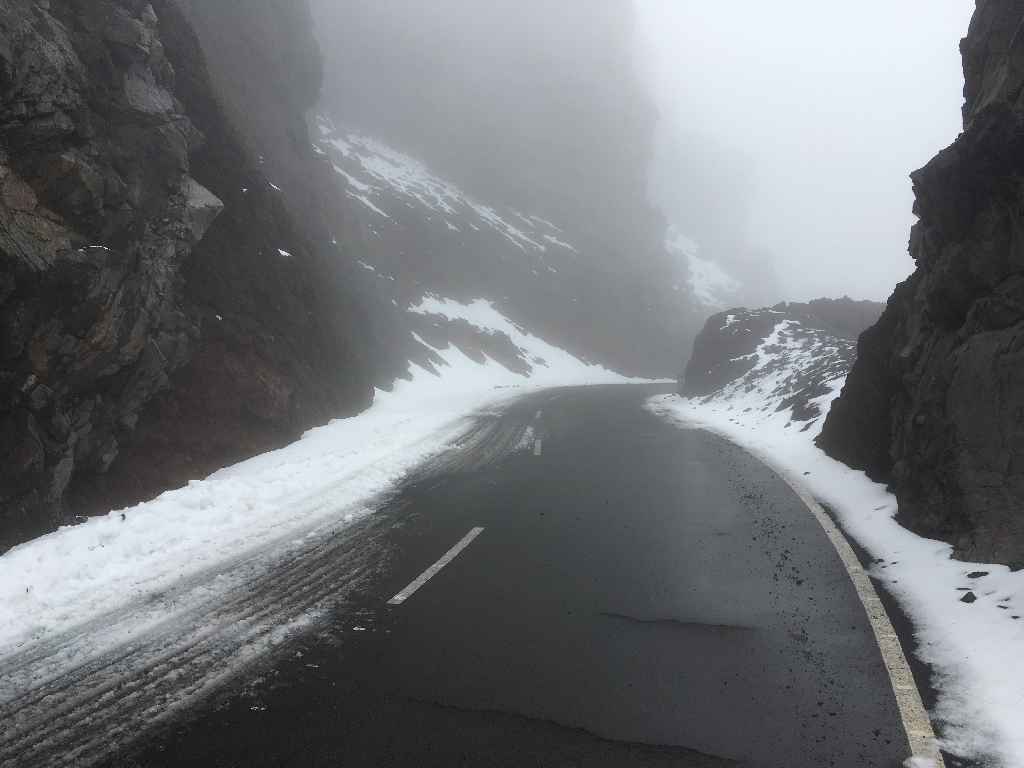 Pass summit of LP-4 at an elevation of some 2,270 meters. The road now declines some hundred meters. 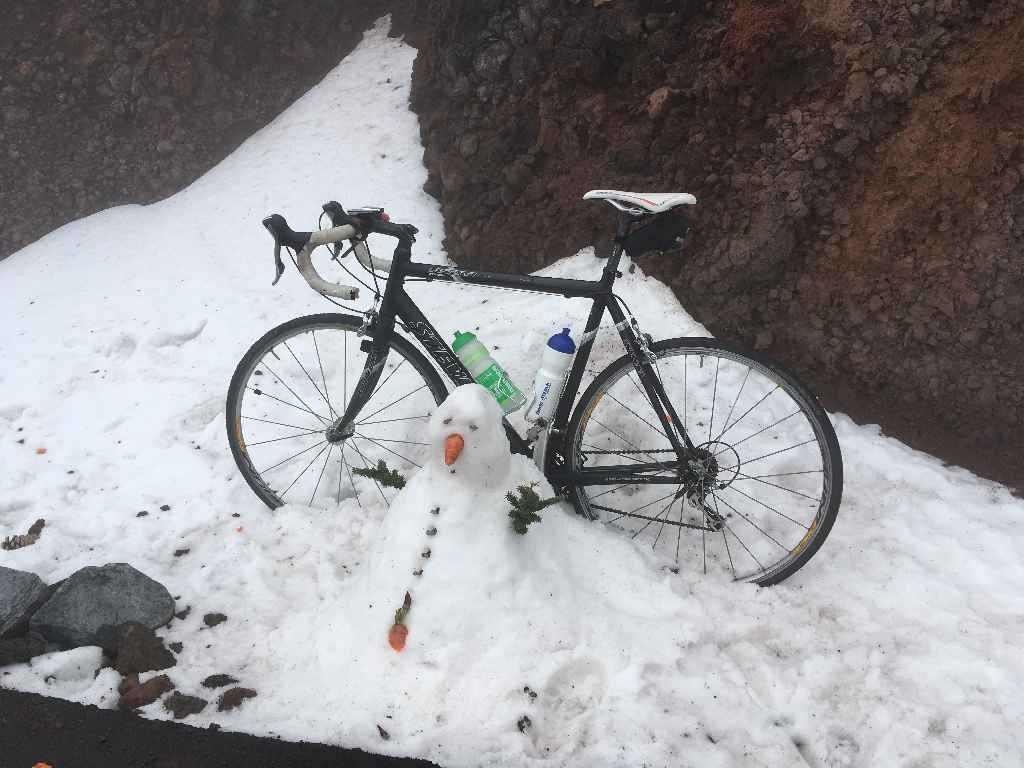 Unexpected photo motif alongside the road 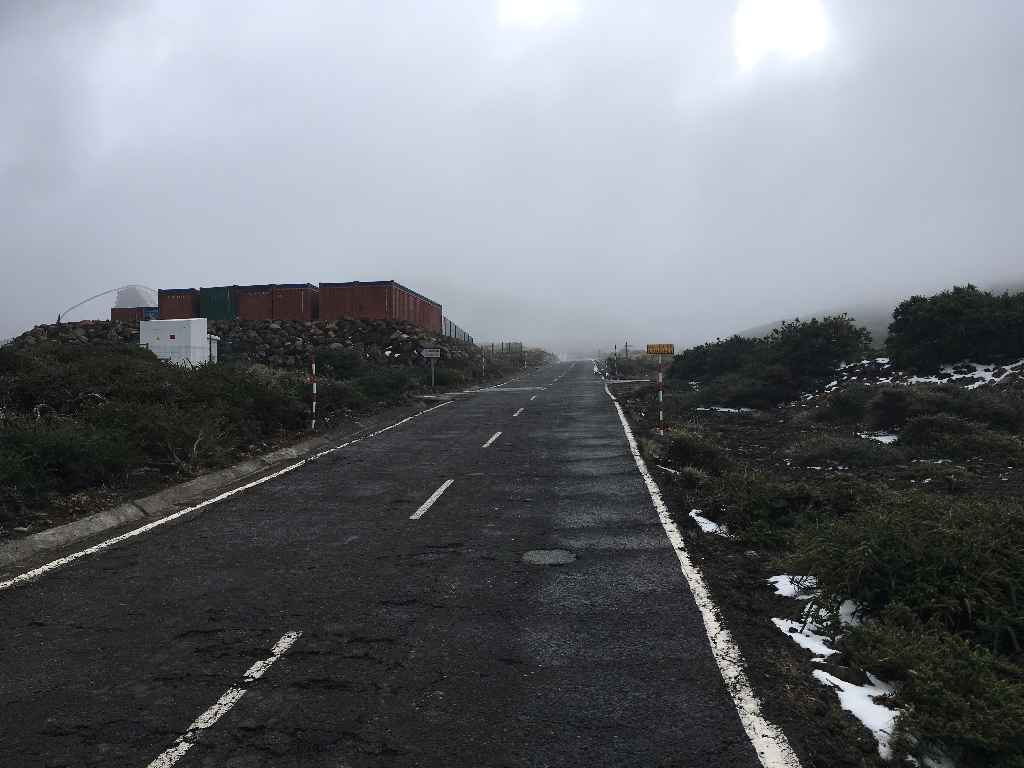 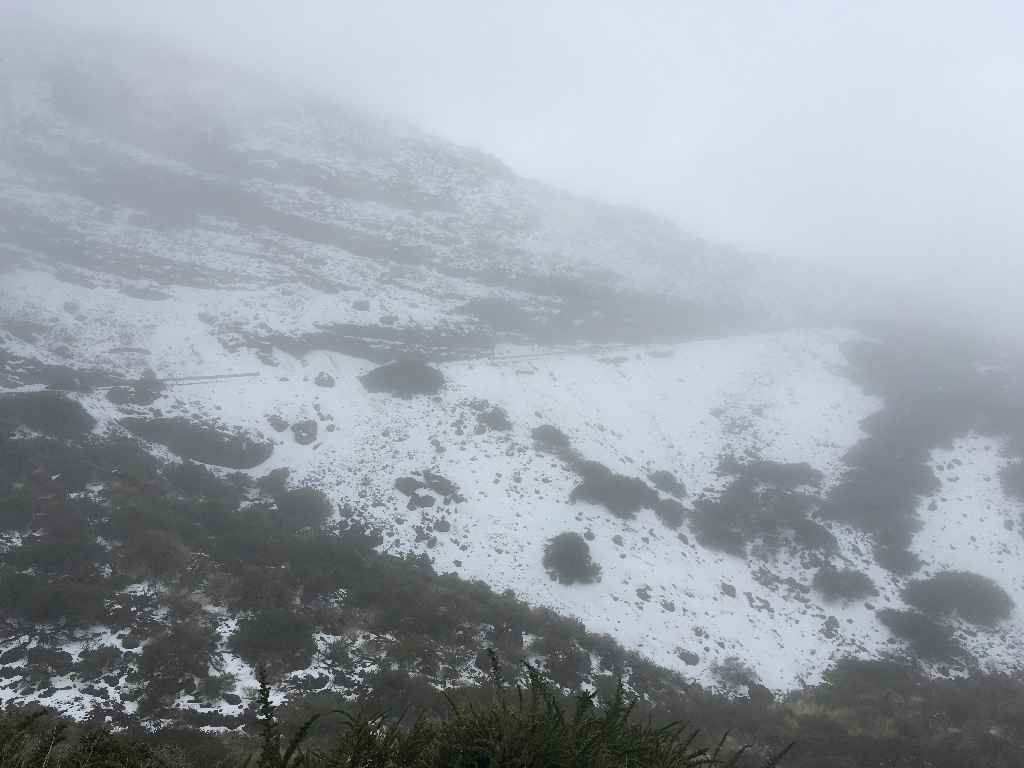 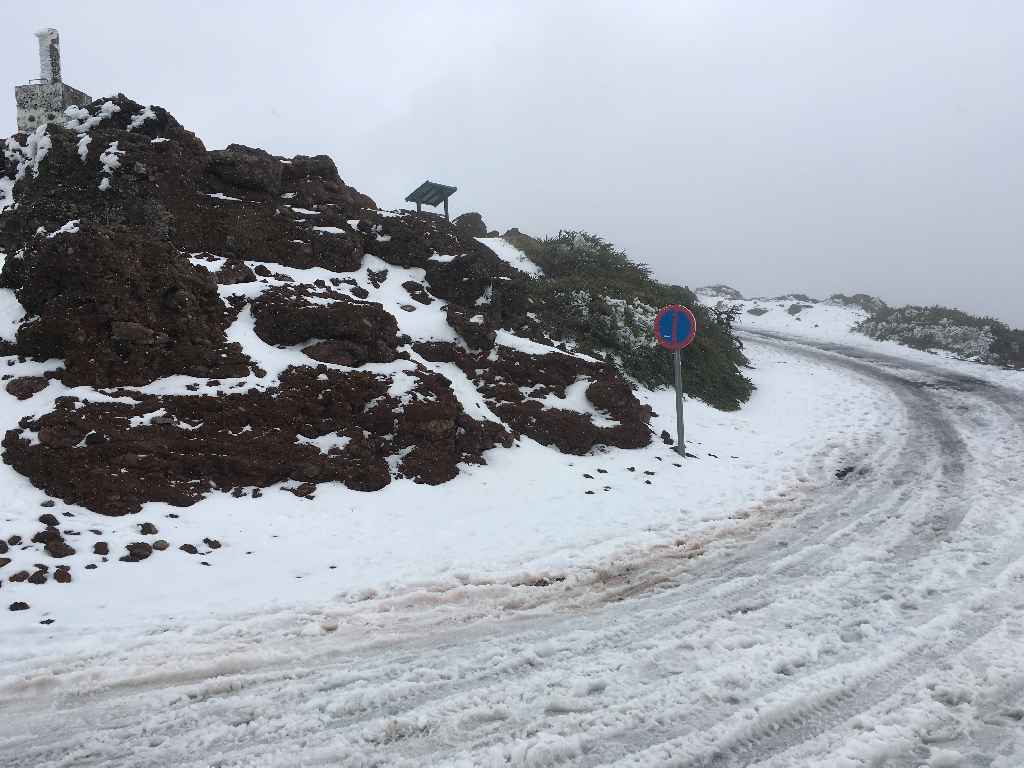 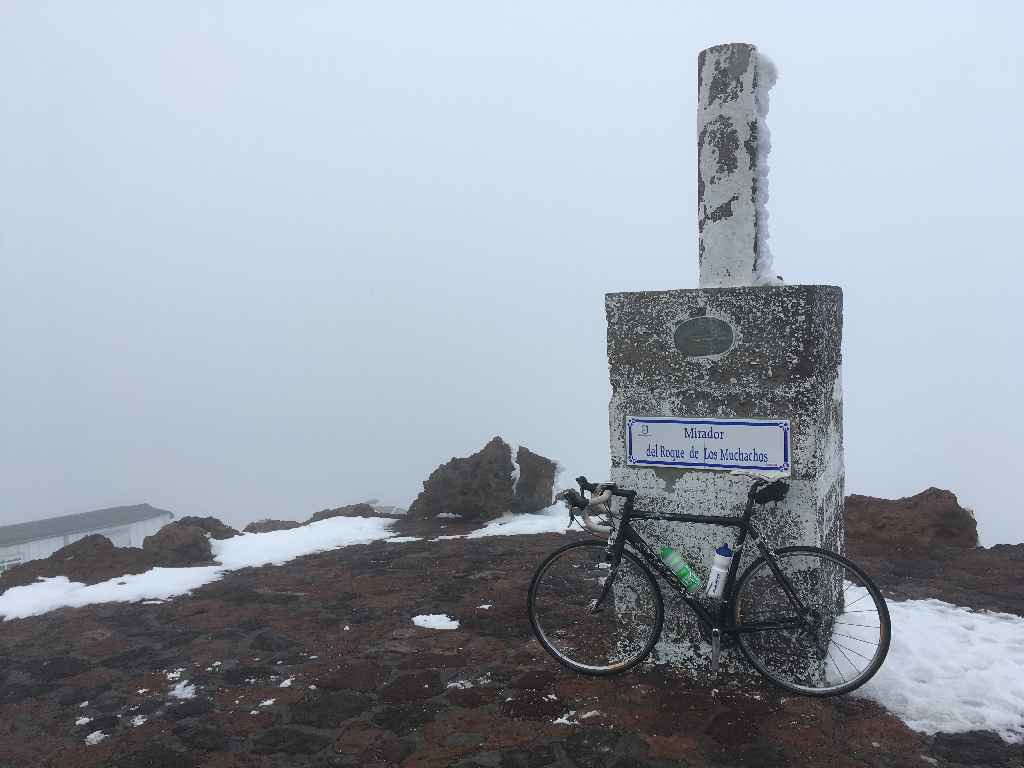