The way through Uina Gorge is one of the most amazing and popular climbs for mountain bikers in the Alps. The route connects Swiss Uina Valley with Italian Schlinig Valley. The way is dangerous to life because of its is exposed rock track. Thus, all mountain bikers have to push or carry their bikes on the most hazardous parts of the route. 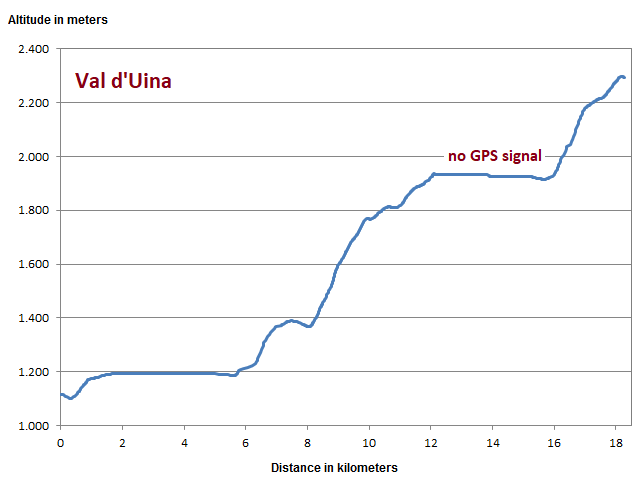 Unfortunately, both GPS devices do not report proper data as they lose any signal in the gorge. 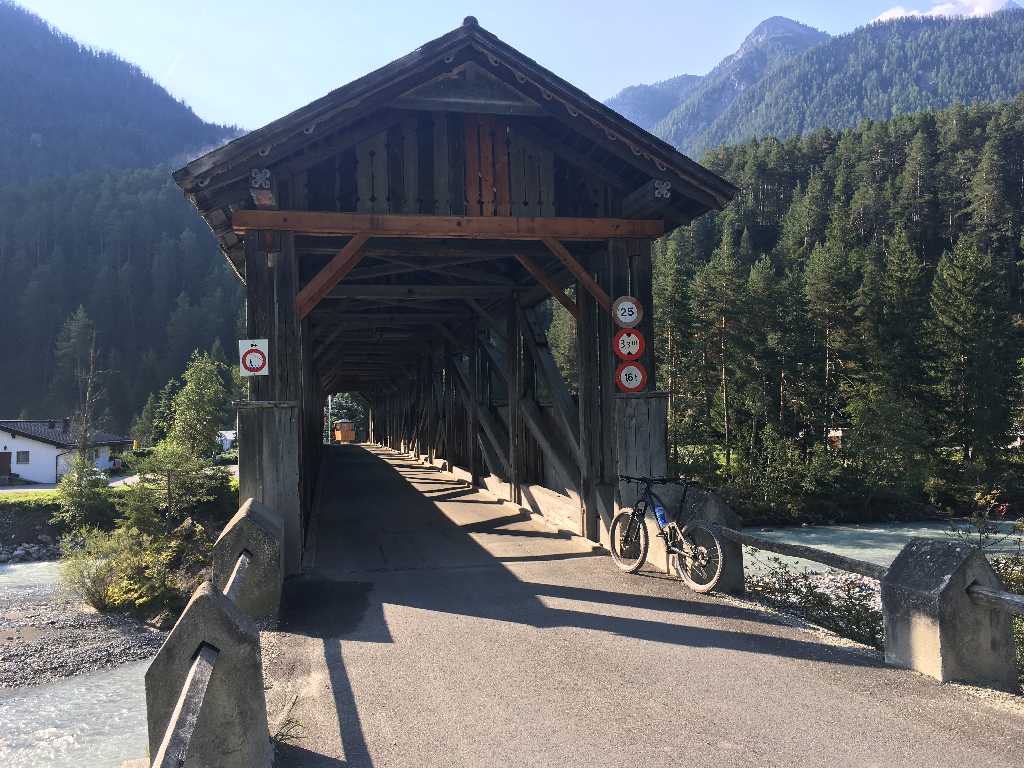 Depart at the camping site in Swiss Sur En at an elevation of some 1,150m. 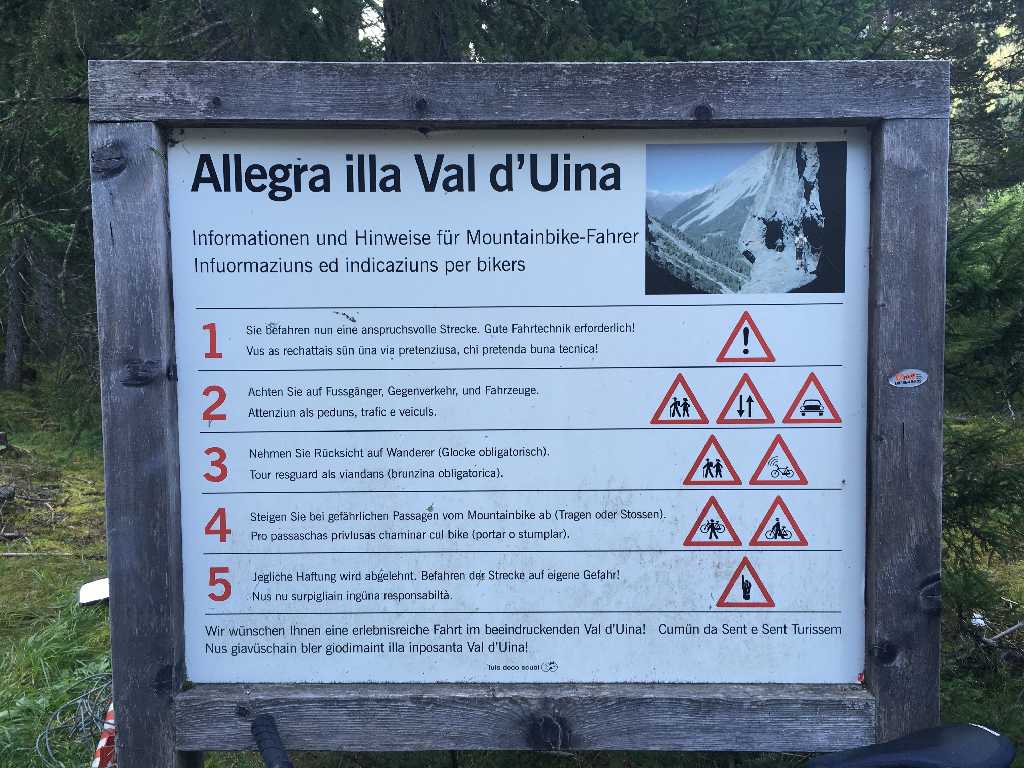 Written warning before entering the track 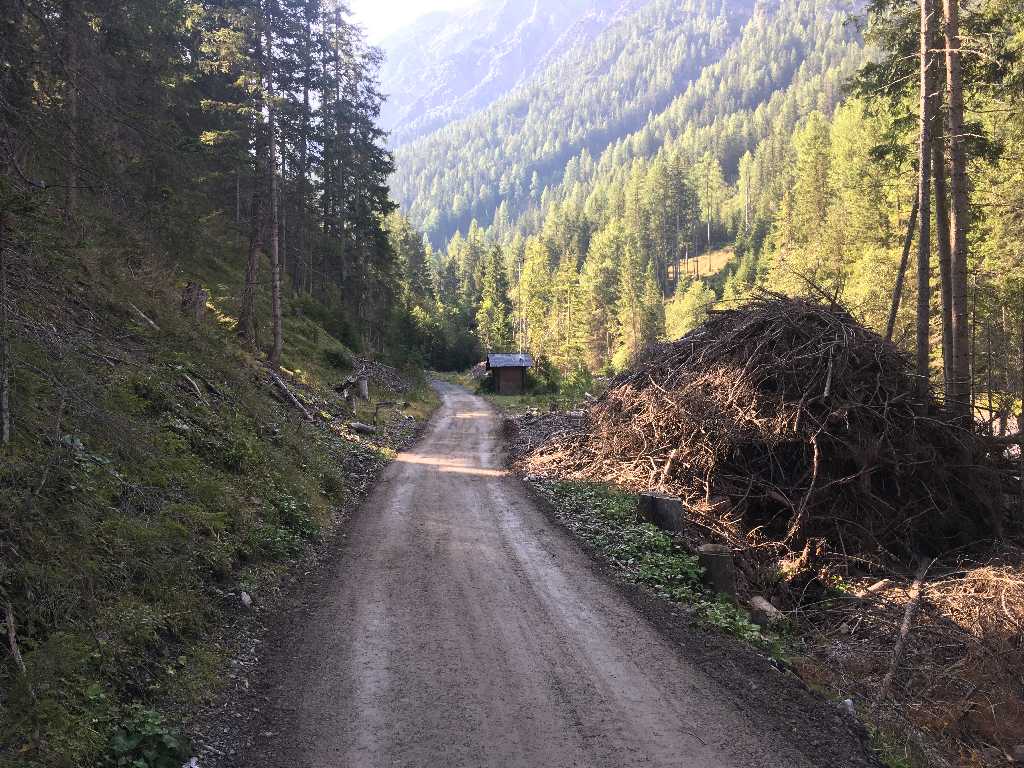 The way routes in its lower part through wooded area alongside Uina river... 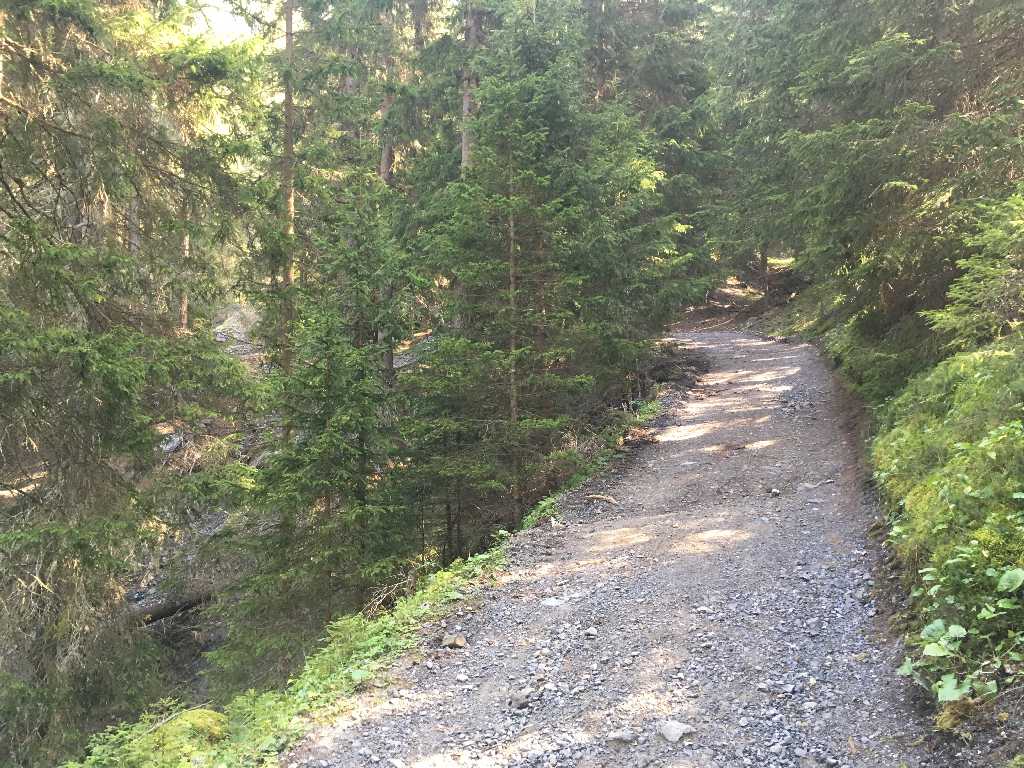 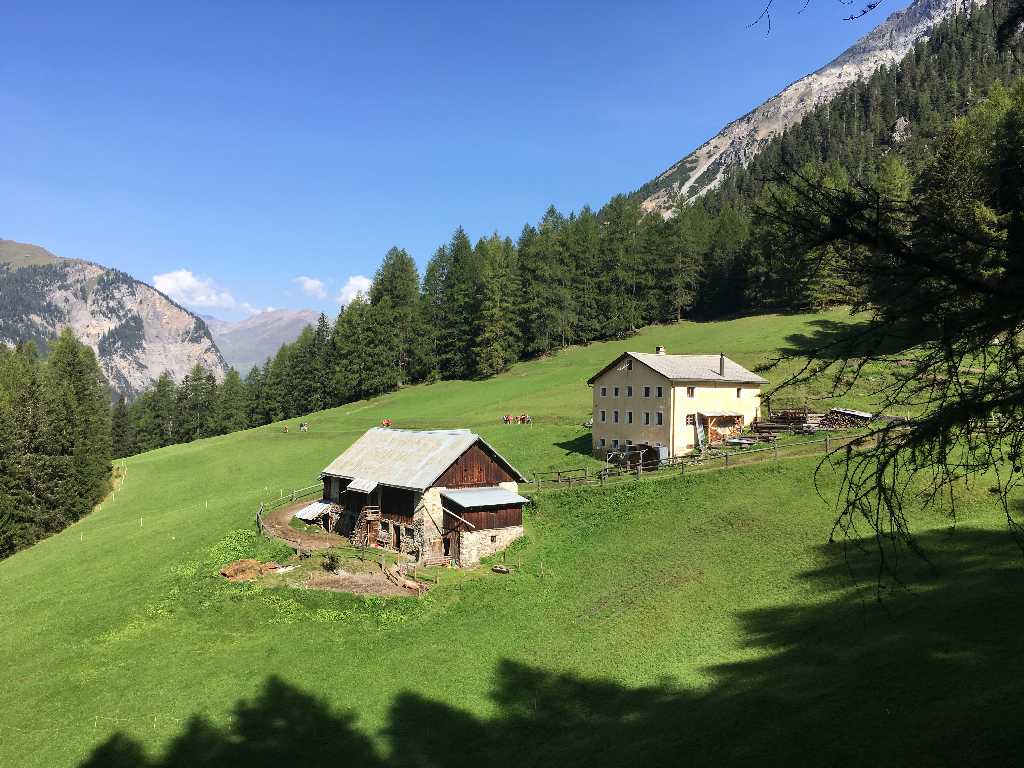 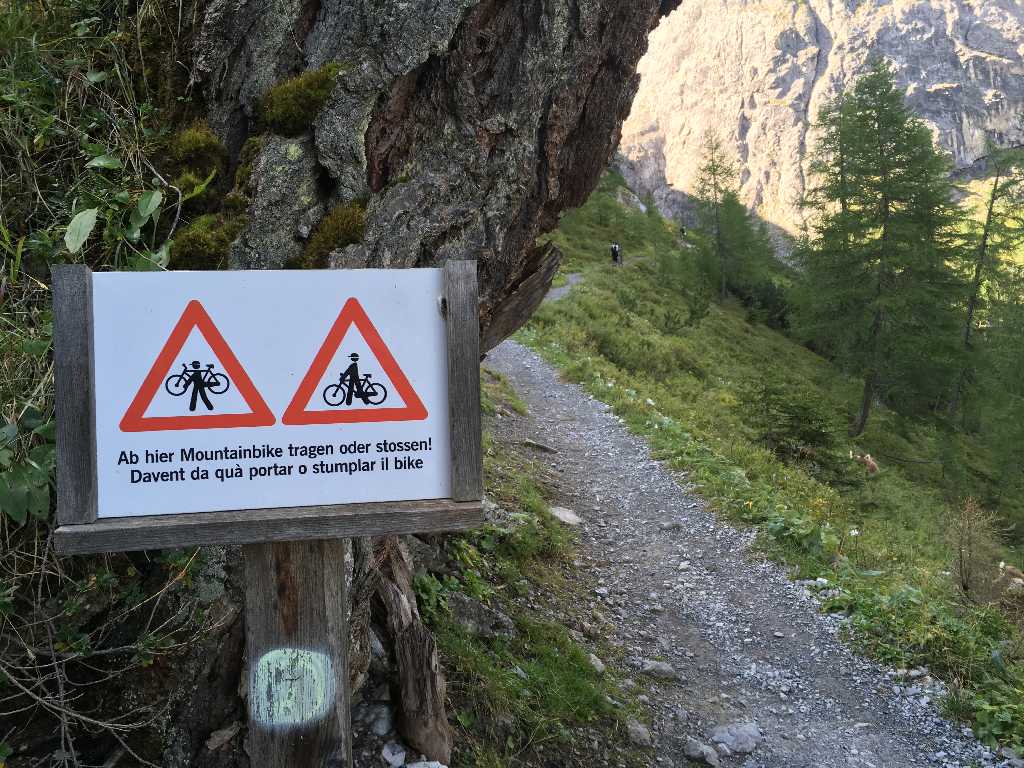 Behind the alp the strict obligation to push your bike 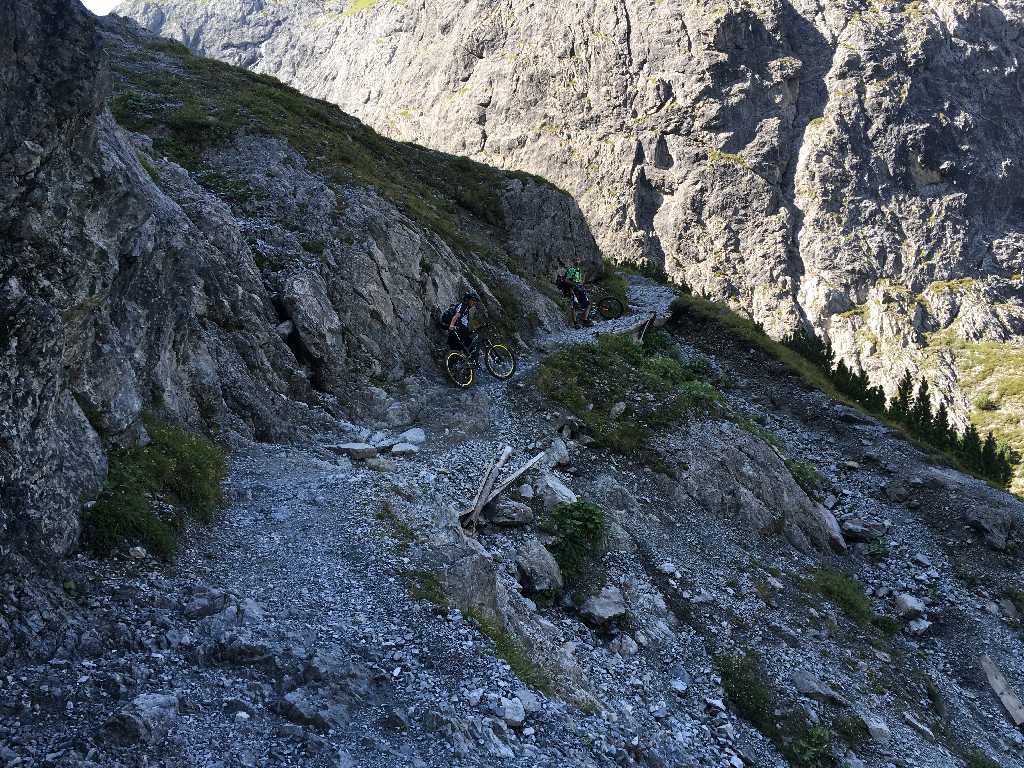 Entrance to the hazardous track 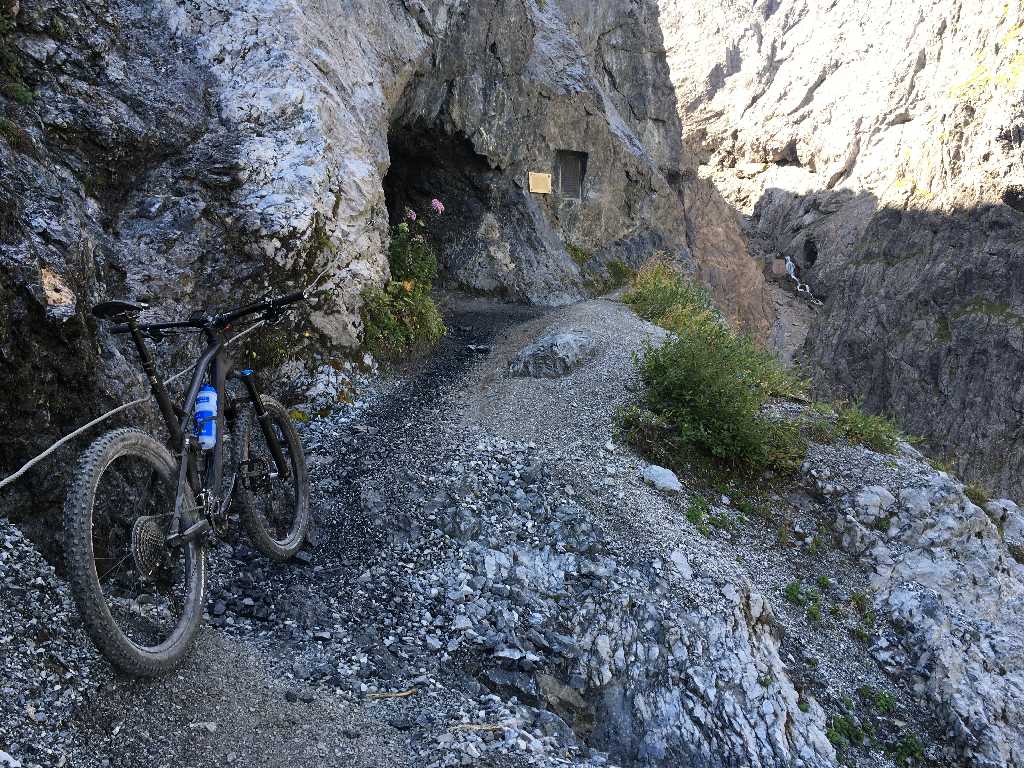 Deep brim to the right 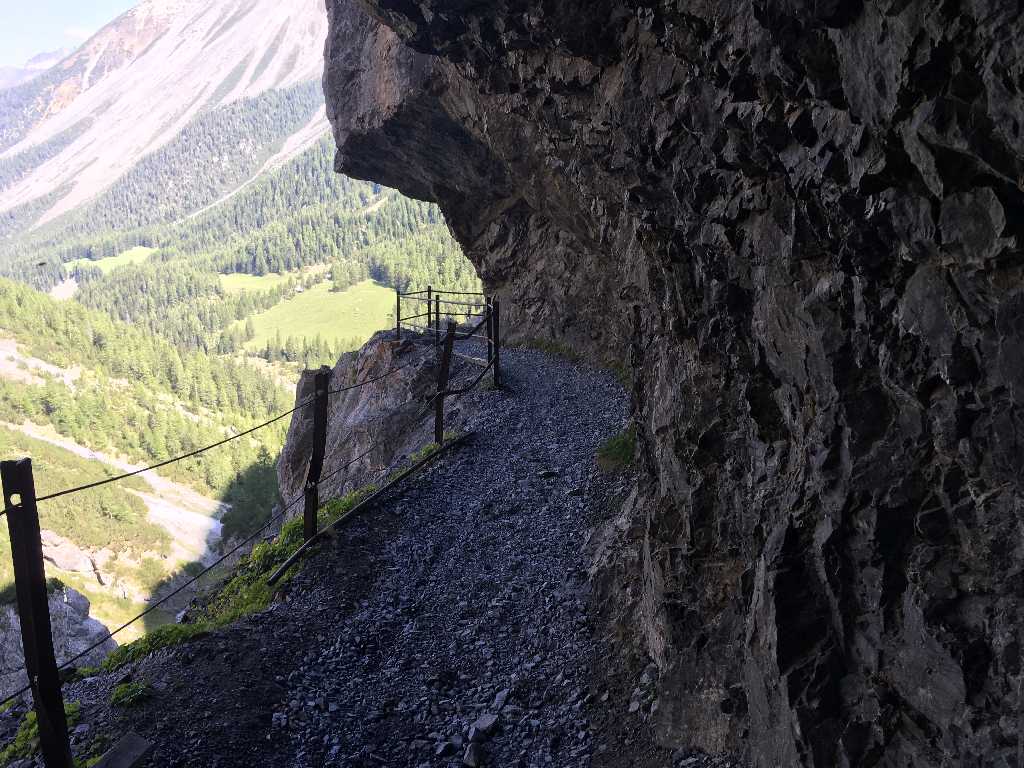 The narrow path is partly secured by a guardrail... 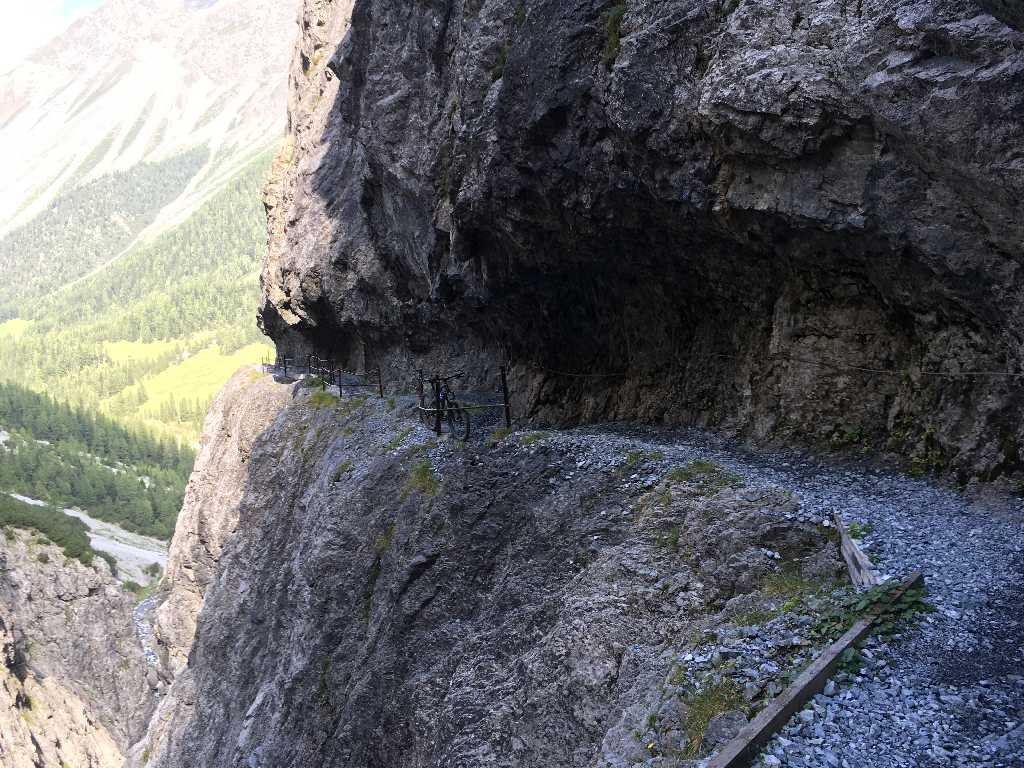 ...but in other parts there is only a fixed rope alongside the rock. 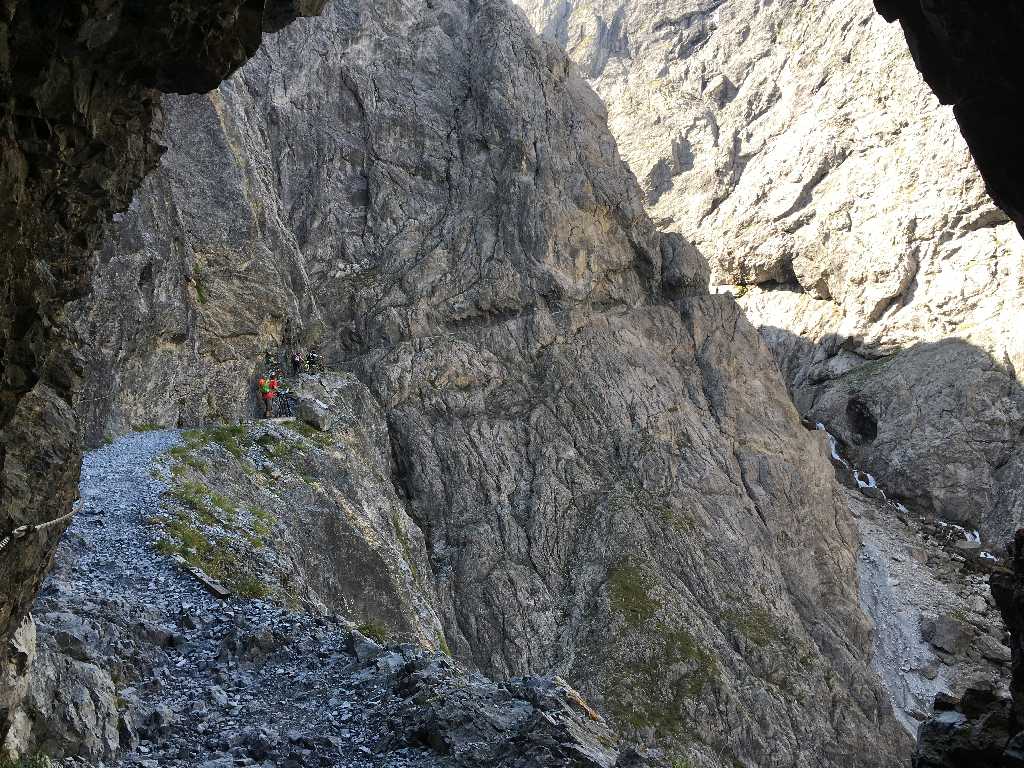 This part of the way overcomes some 300 meters of altitude difference. 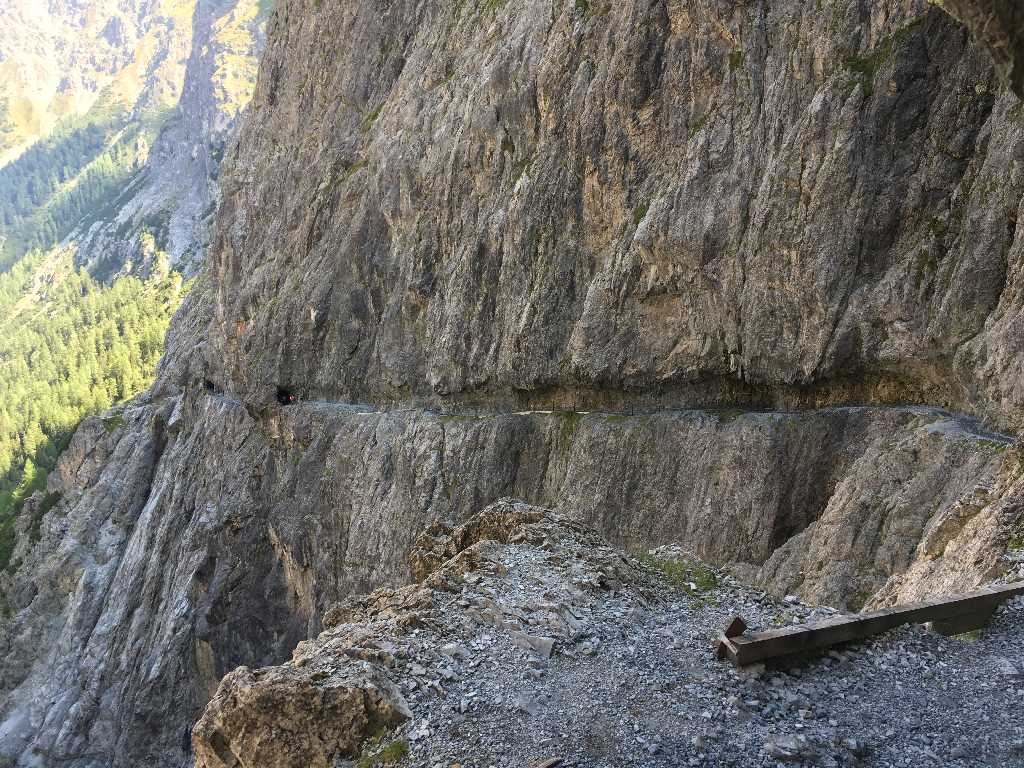 Amazing view back onto the spectacular way in the rock 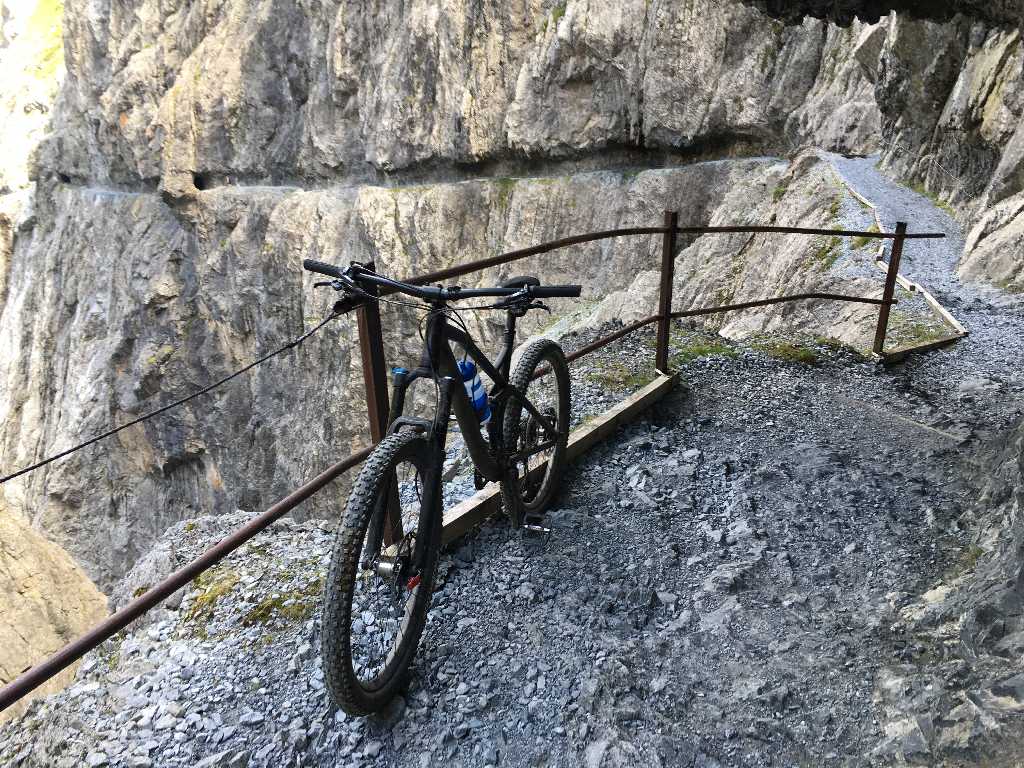 Not for the faint-hearted (almost like Death Road in Bolivia) 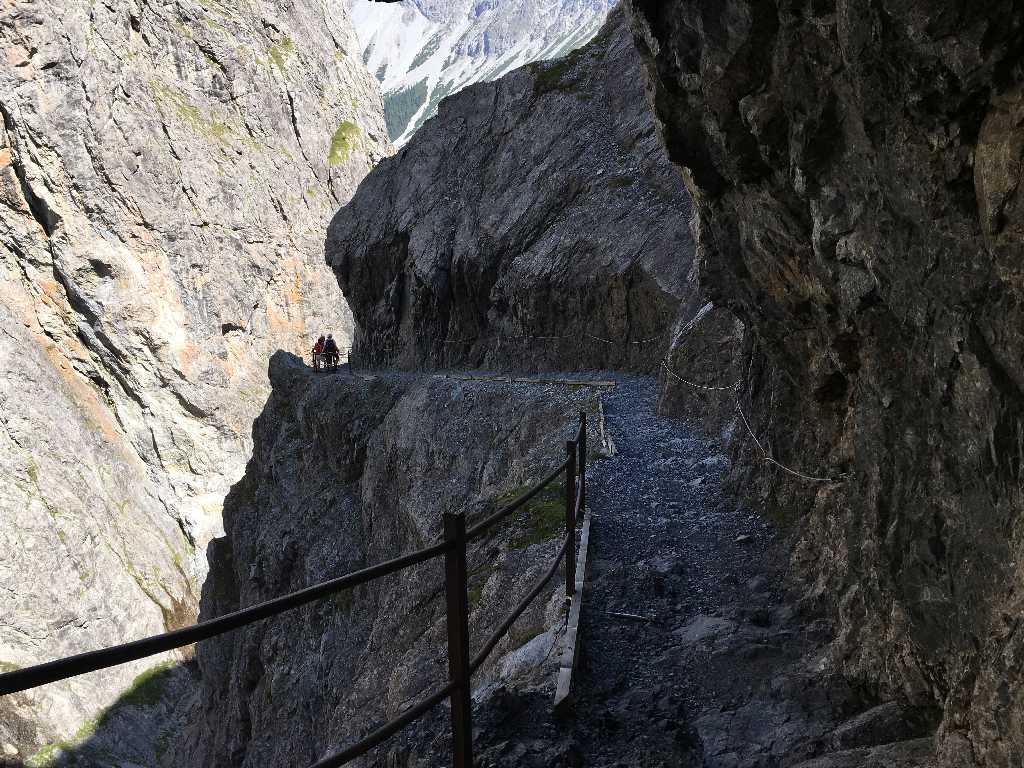 Tricky situations when other cyclists cross halfway from above 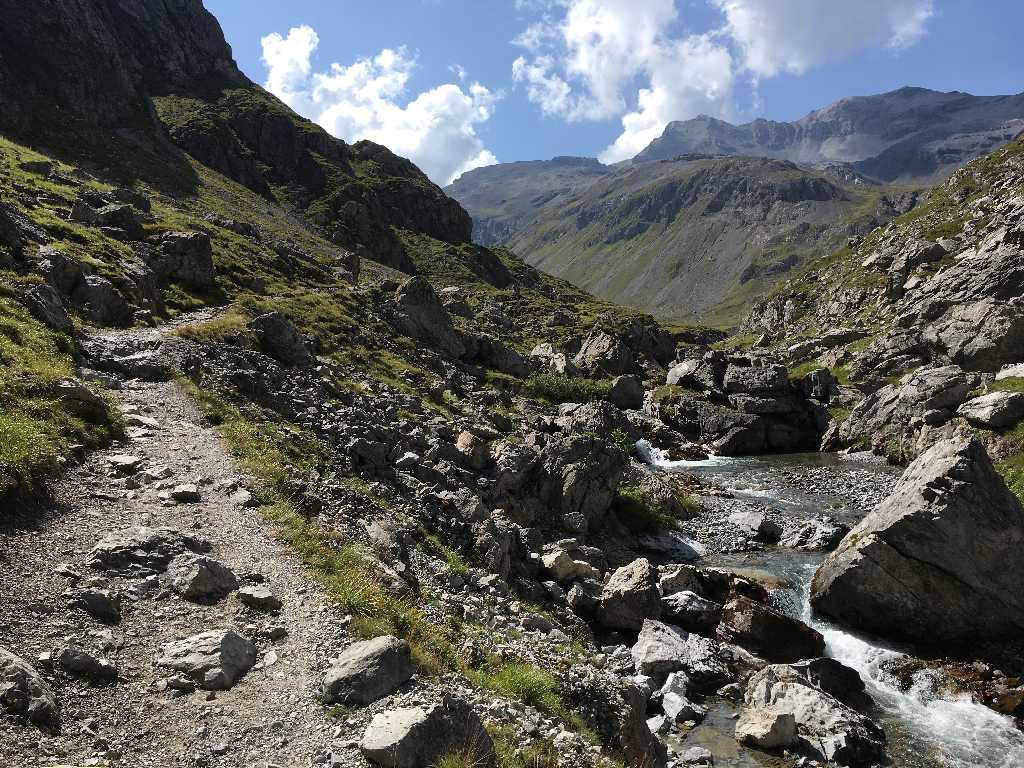 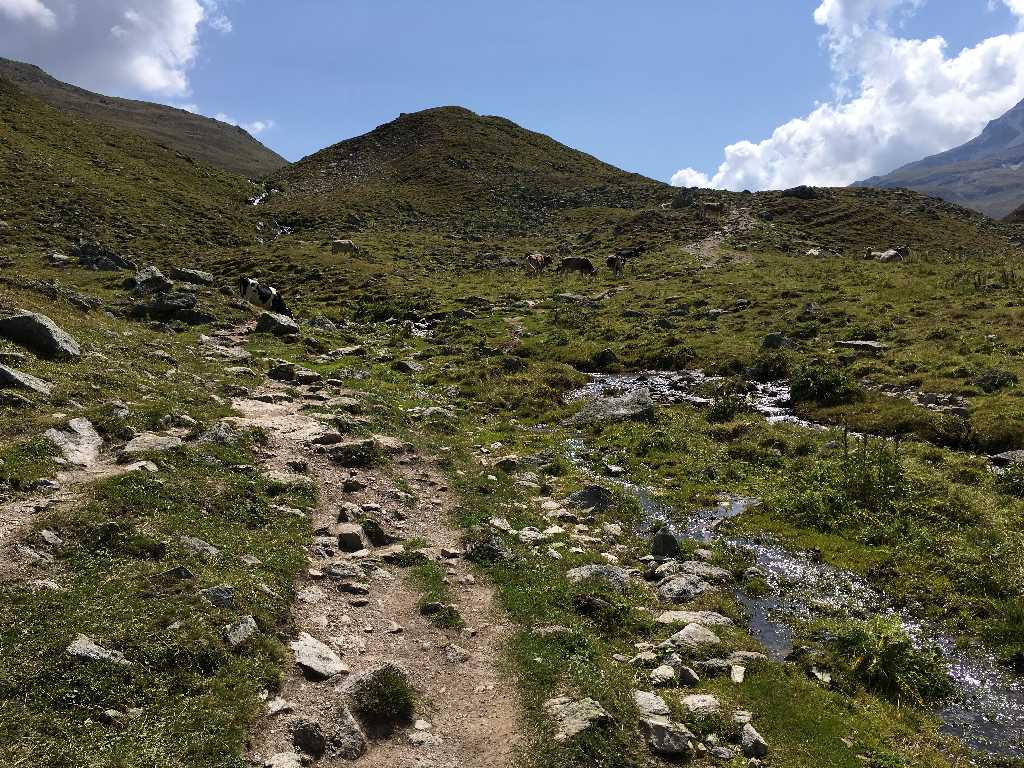 ...and the way routes through a marshy high plateau (very stony and uncomfortable to ride). 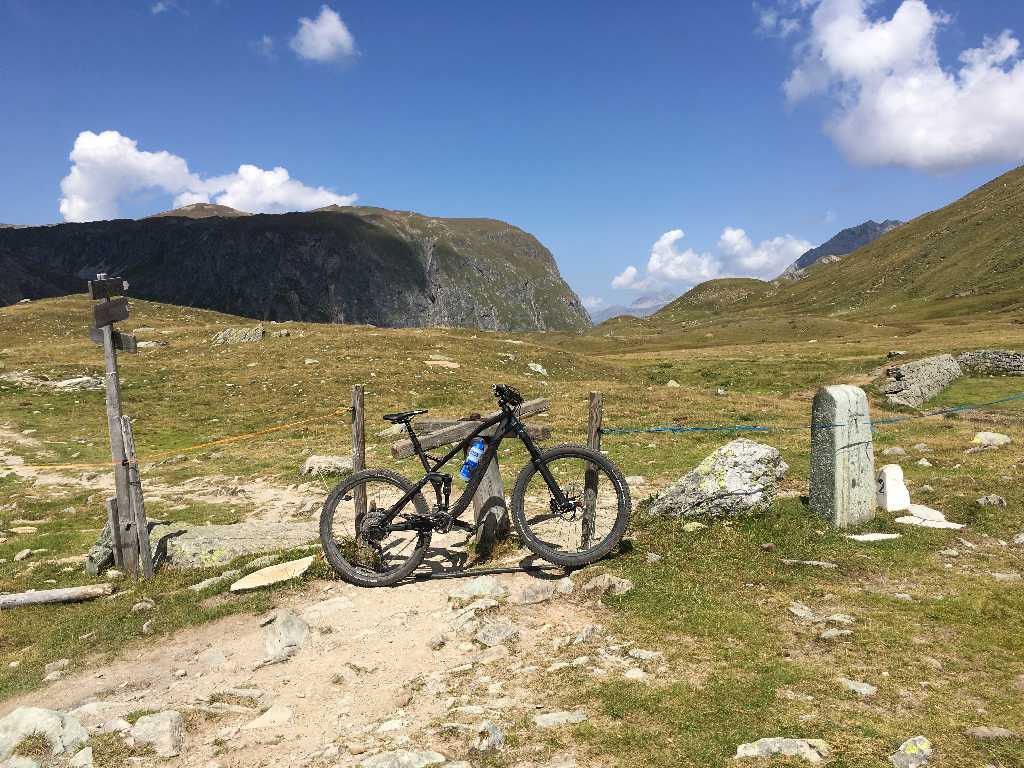 Finally, you reach the Swiss/Italian border at this ordinary fence. Schlinig pass is located only a few hundred meters on Italian side close to Sesvenna Alp.