The ascent to Italian Kronplatz is divided into two parts: At first the way leads properly asphalted up to Furkelpass at 1,789m (do not mix up with Swiss Furkapass). After Furkelpass the way diverts to a steep dirt track up to Kronplatz summit at an elevation of 2,275m. Due to some Giro d'Italia experiences this road is always subject to discussions among road cyclist. However, the roadway is not really accessible by road bike. Instead a mountain bike is necessary for this final steep part of the climb. 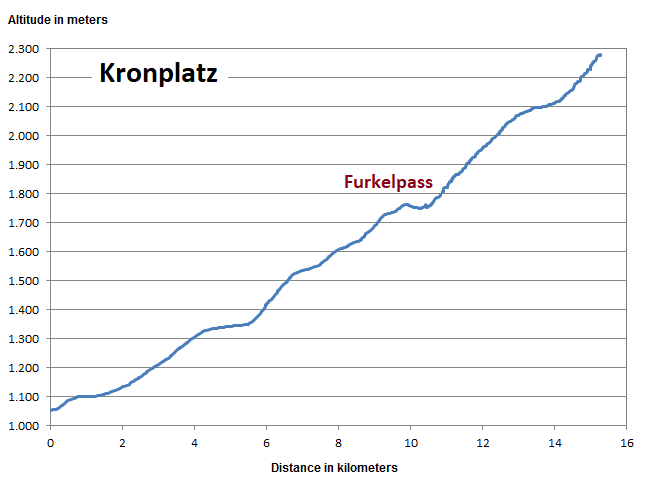 Northern ascent from Olang leads with a 7% grade up to Furkelpass including some short but very steep parts. Subsequently it becomes much more demanding on the way to Kronplatz with an average 10% grade. 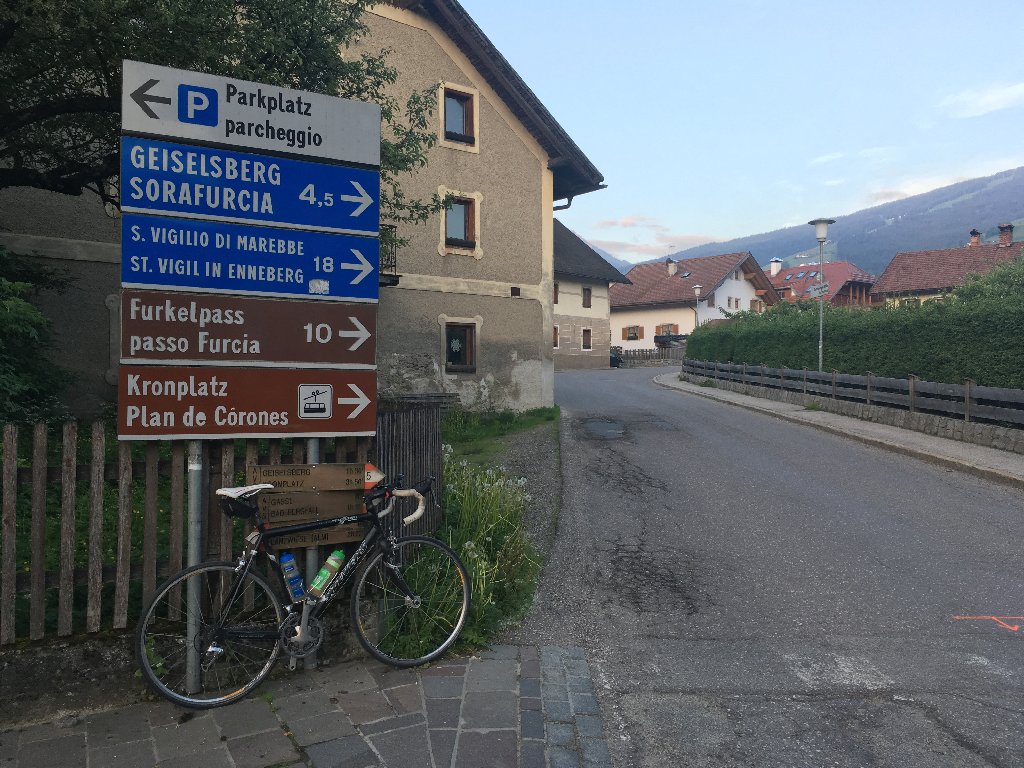 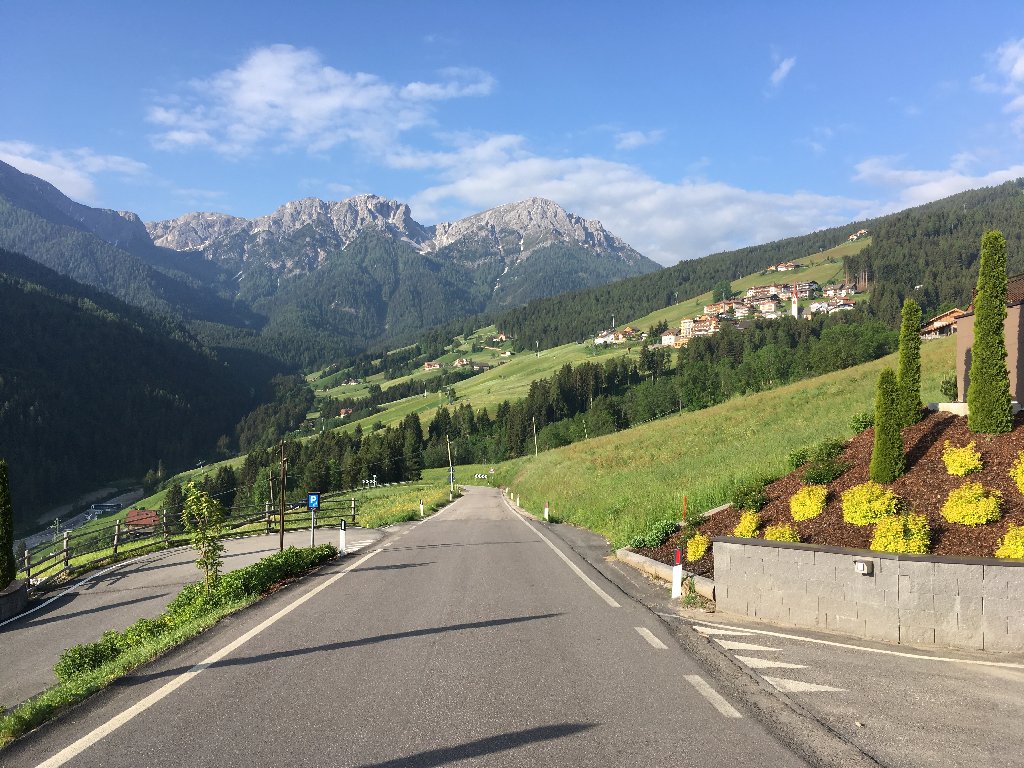 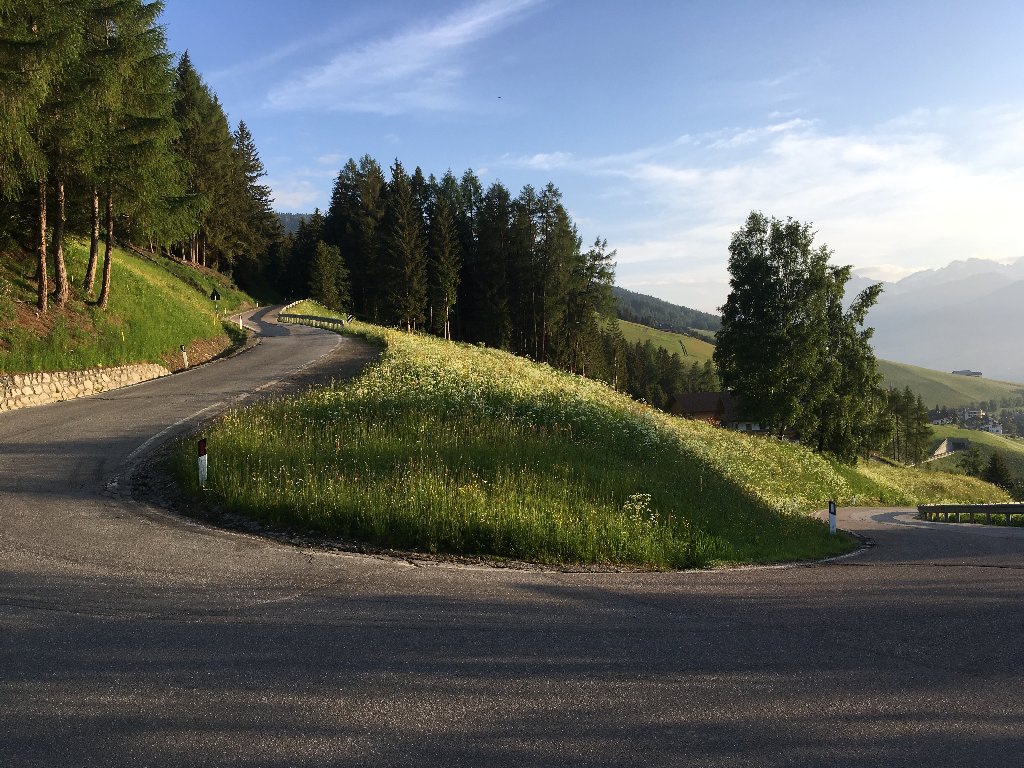 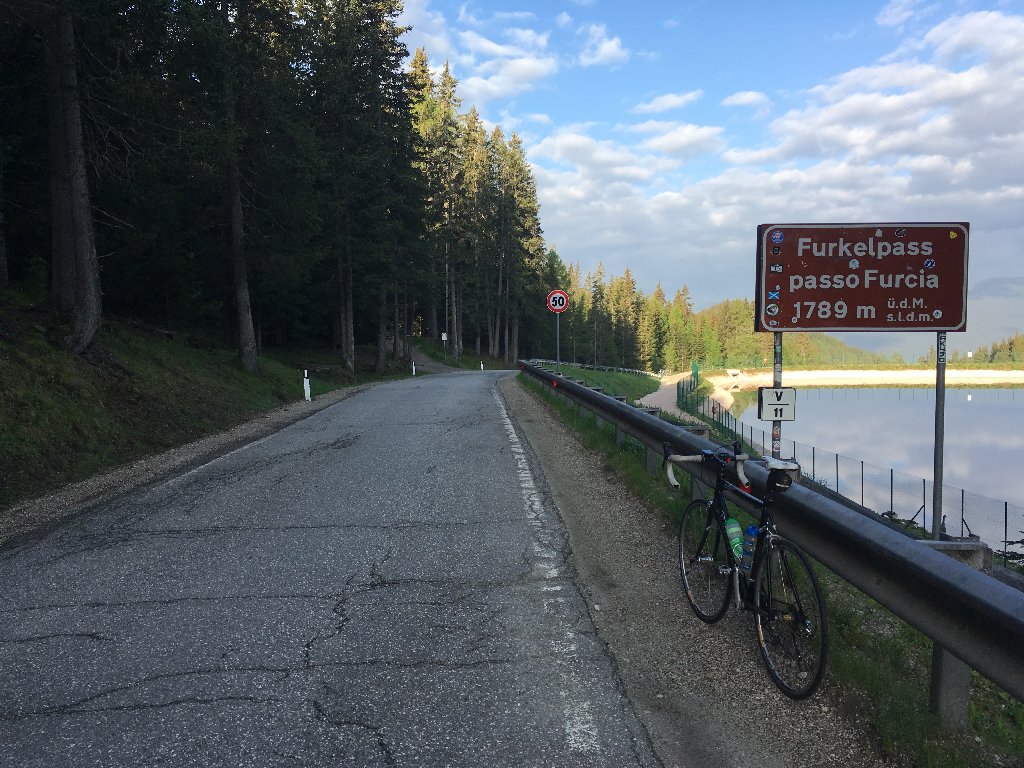 700 meters of altitude gain up to Furkelpass 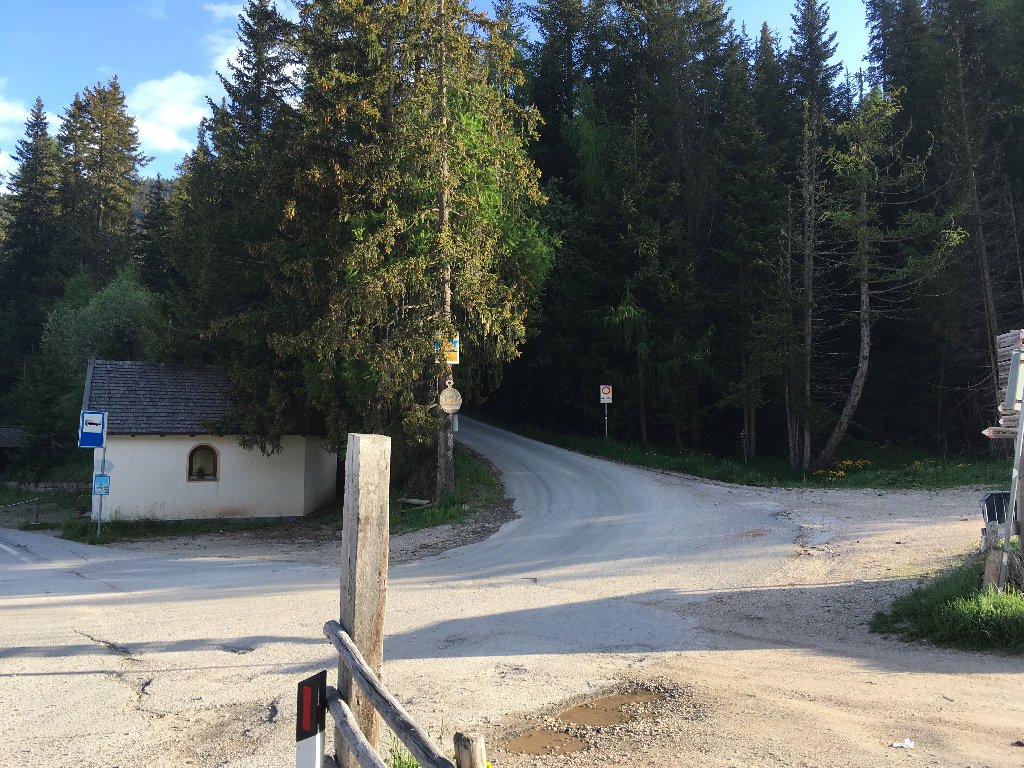 Behind pass summit the way proceeds at this spot towards Kronplatz. But it becomes rapidly clear that a road bike is not the appropriate bike. We go back to the hotel for breakfast... 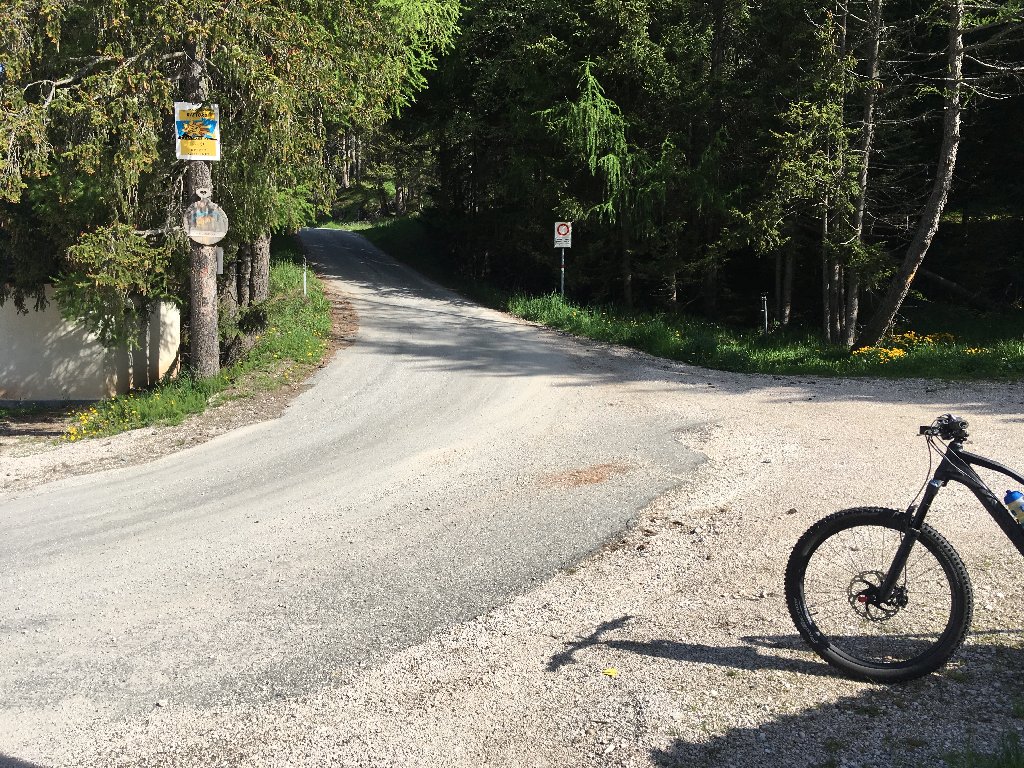 ...and return two hours later by car. And this time we have a mountain bike with us for the climb to Kronplatz. 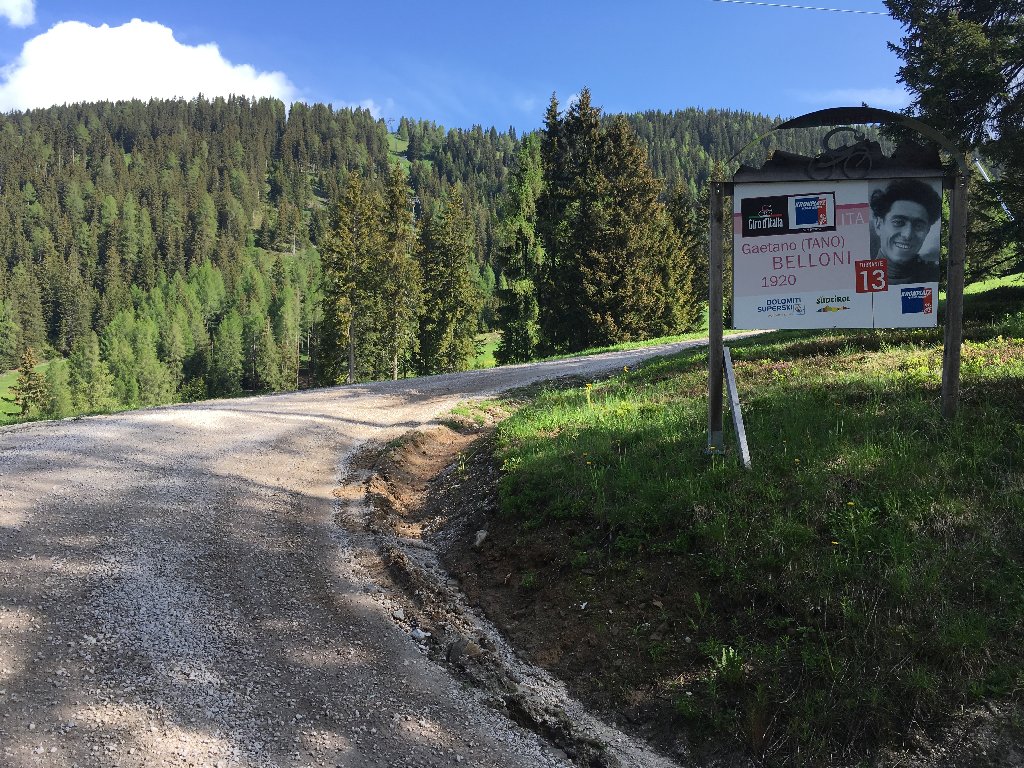 Bends are numbered and show legends of Giro d'Italia. 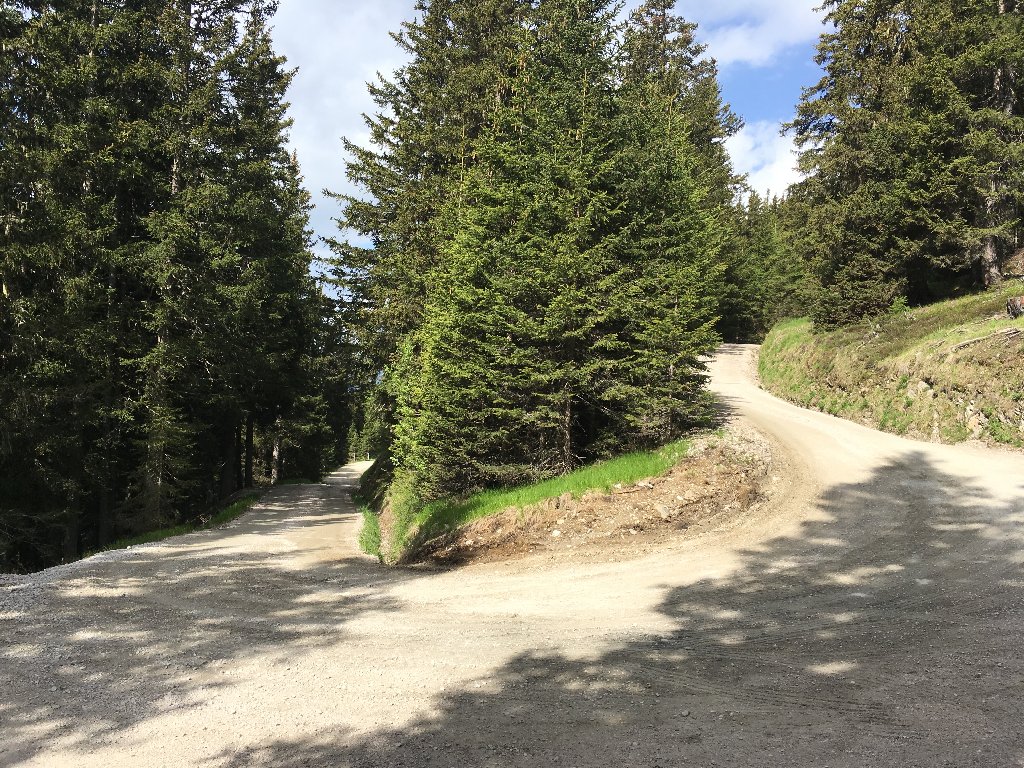 Due to a construction site on the summit there is quite a lot of heavy truck traffic today and road conditions are equivalent sad. 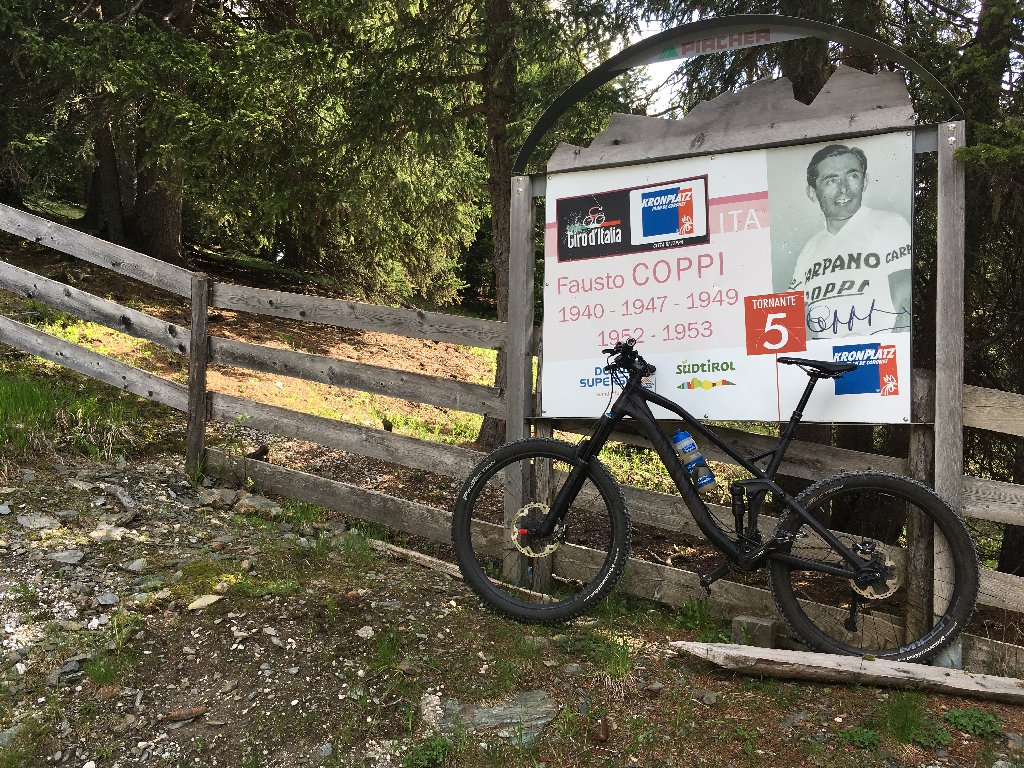 Fausto Coppi greeting in turn no. 5 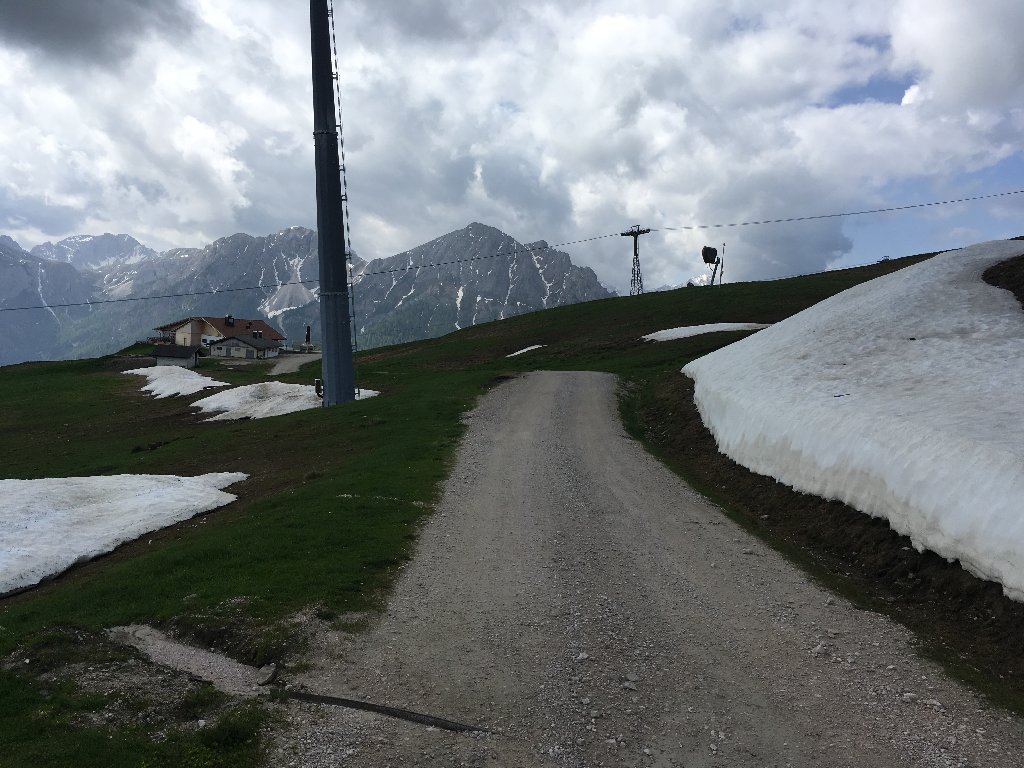 Last patches of snow at the end of May at an elevation of 2.000m 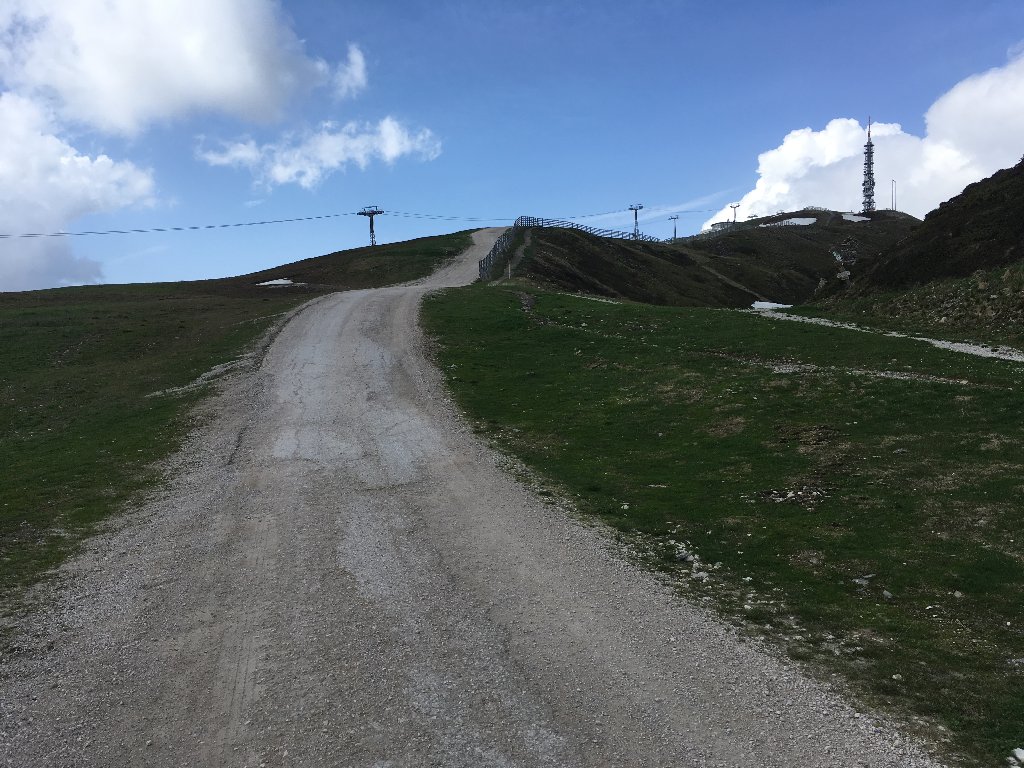 The final part of the road becomes very steep. 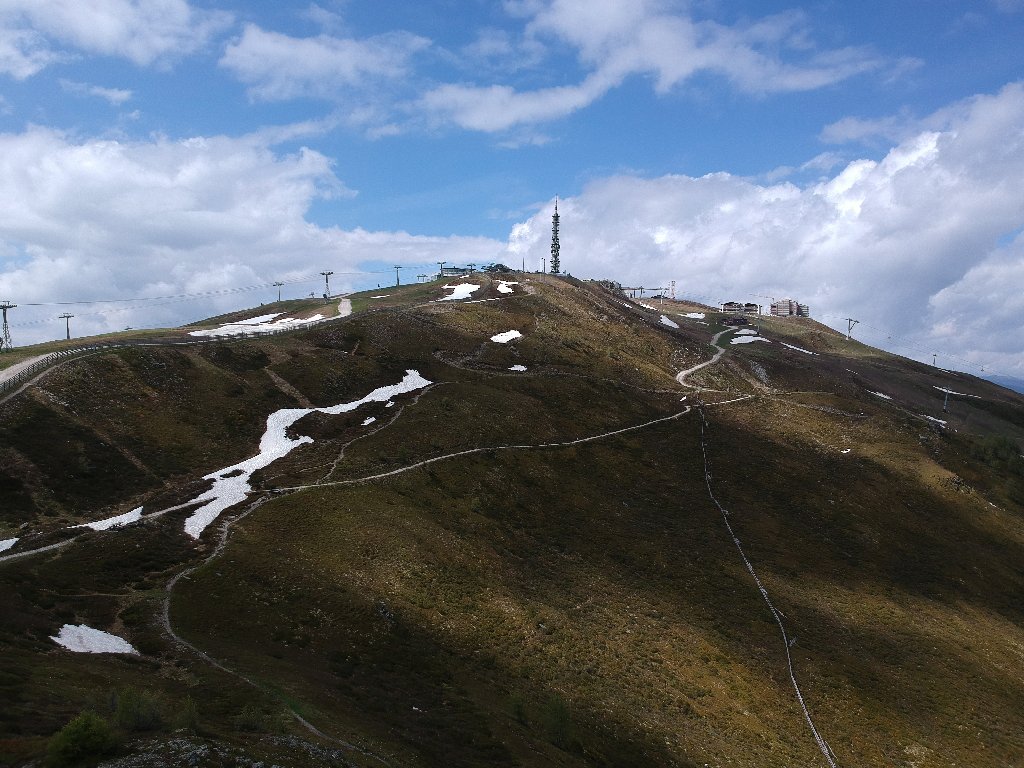 View onto the last kilometer to pass summmit 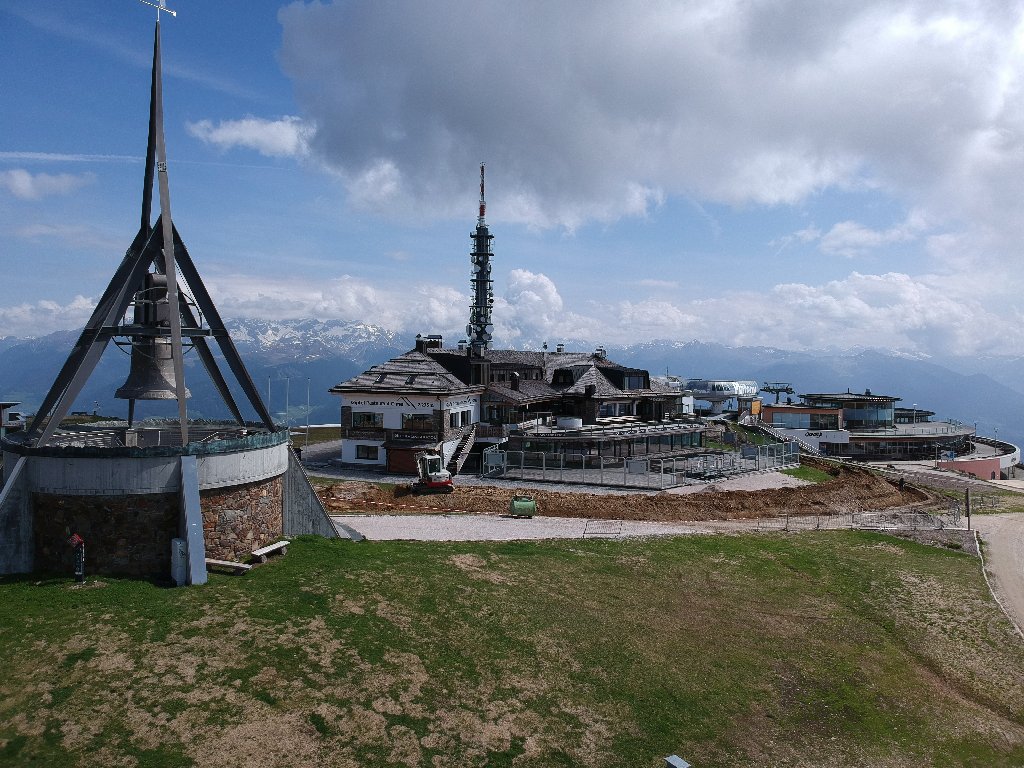