Little St Bernard connects Italian Aosta Valley in southwest direction to France. The Italian northern part of the pass road has about 27 kilometers and an altitude difference of some 1,300 meters with an average grade of almost 5%. The pass road has a lot of variety but is rather unspectacular, anyhow. This may have its reason in the comparative low total altitude. Nearby Great St Bernard is much more interesting and demanding. However, the pleasant route is very suitable for some acclimatization riding if you only have a mountain bike with you and something more challenging in mind for the next day at Bontadini-Lift.

The outline discloses the general problem of a GPS measurement. When passing the avalanche half-tunnels on the way to La Thuile the receiver gets no signals anymore and reports at kilometers eight to nine a descent where actually no decline exists. 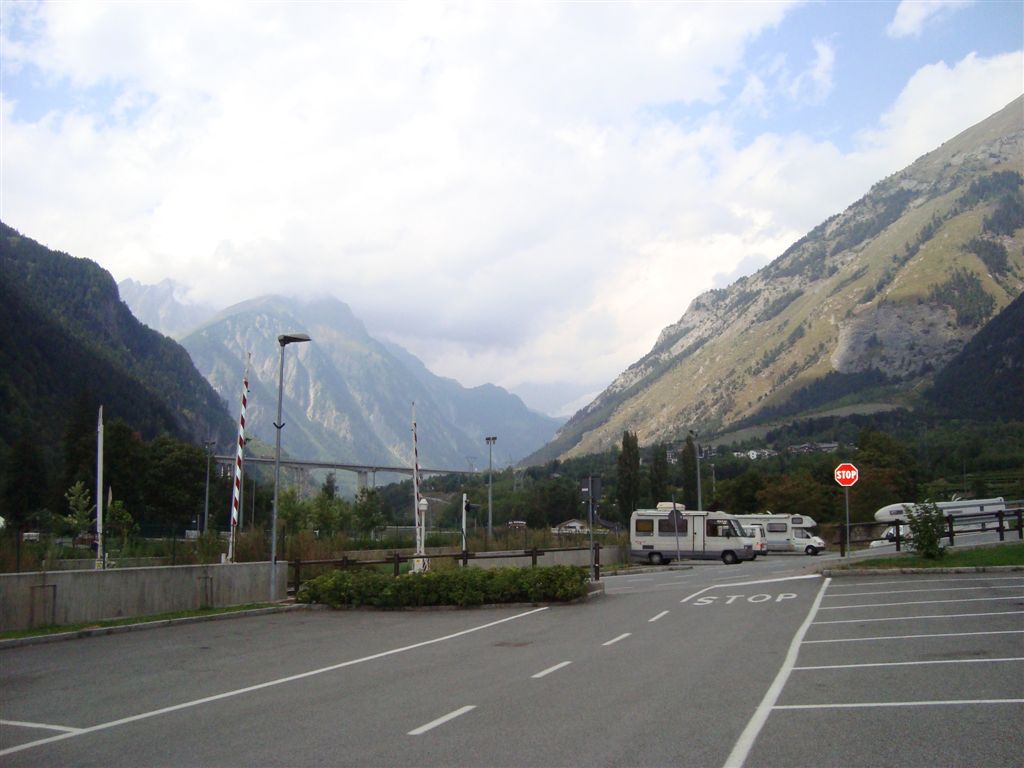 Start of the ride is at a parking area in the village of Morgex in Aosta Valley. 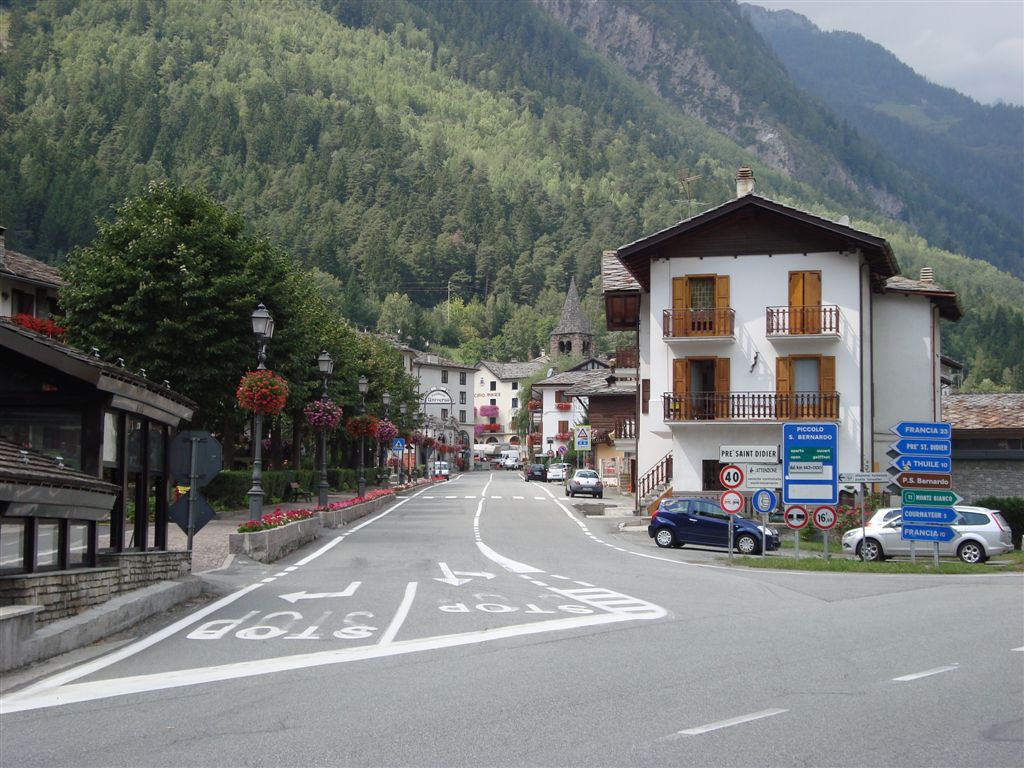 After some four kilometers the spot Pre-Saint-Didier follows. The actual ascent starts right here in direction towards France. 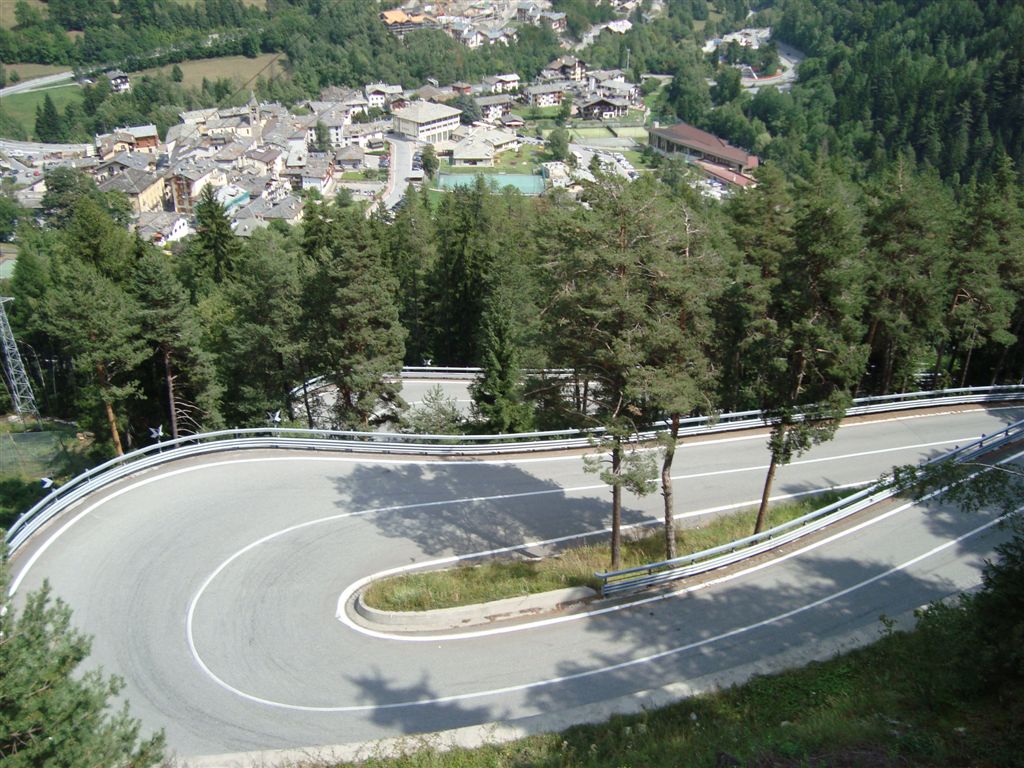 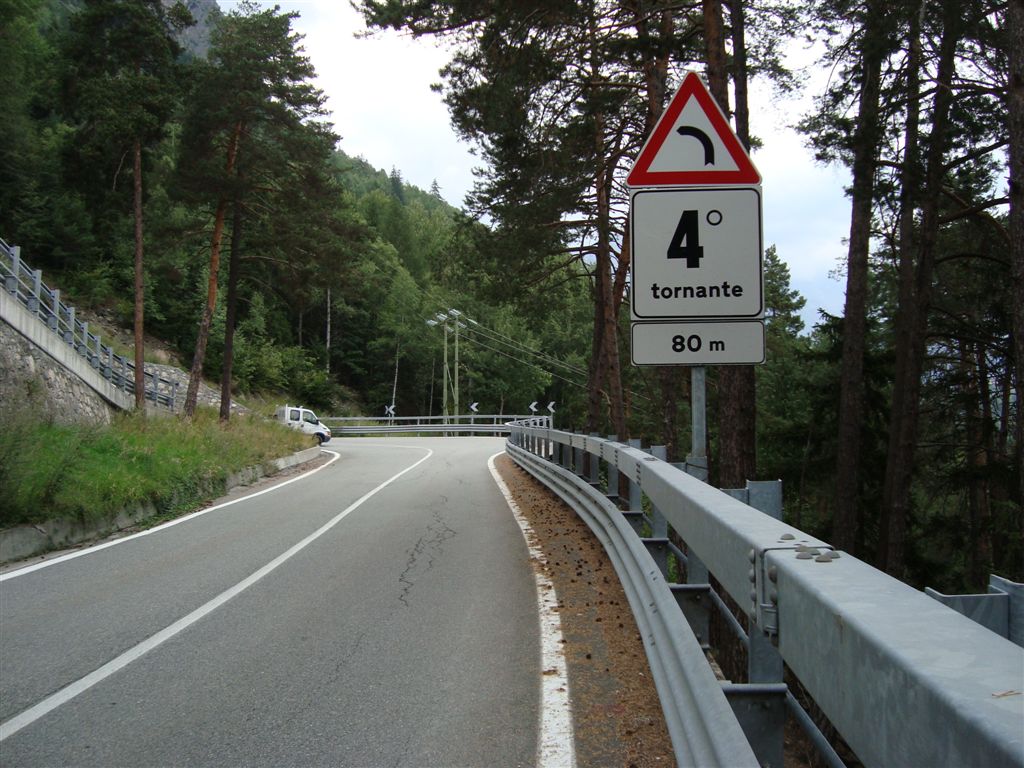 The curves are properly numbered. This makes sense at the 48 switchbacks of Passo Stelvio – but does not seem needful right here… 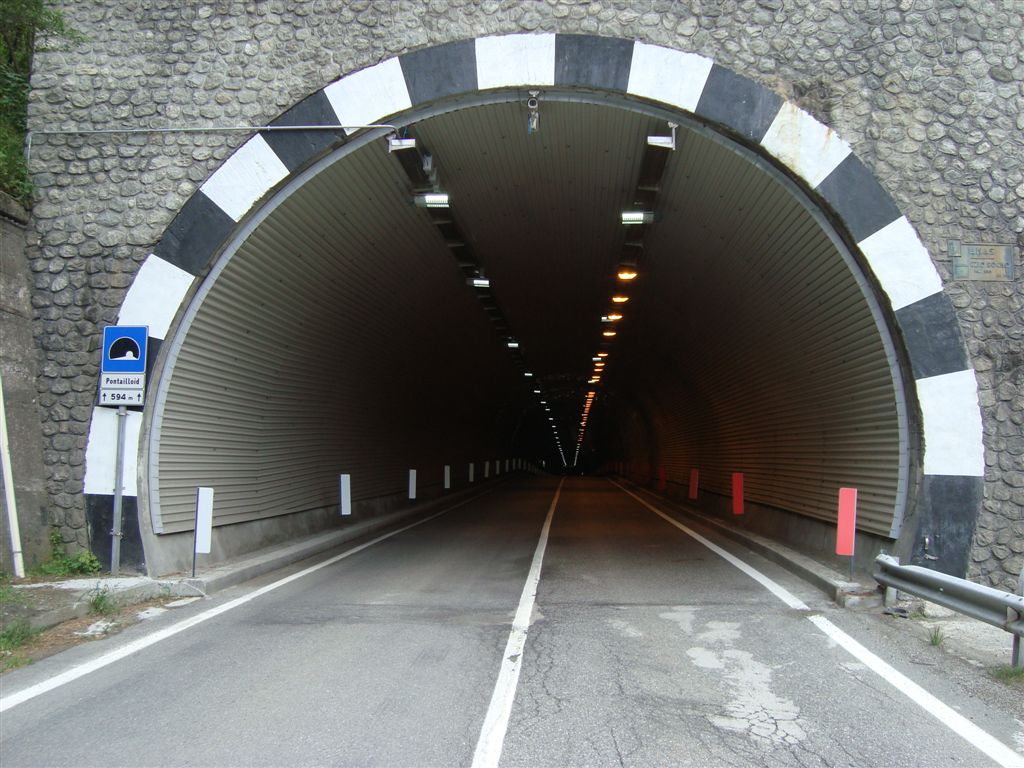 After the eight serpentines a straight distance with several avalanche protectors and tunnels follow. At halfway to pass summit this 600 m tunnel has to be passed to the centre of La Thuile – cyclists can imagine more pleasant things to do. 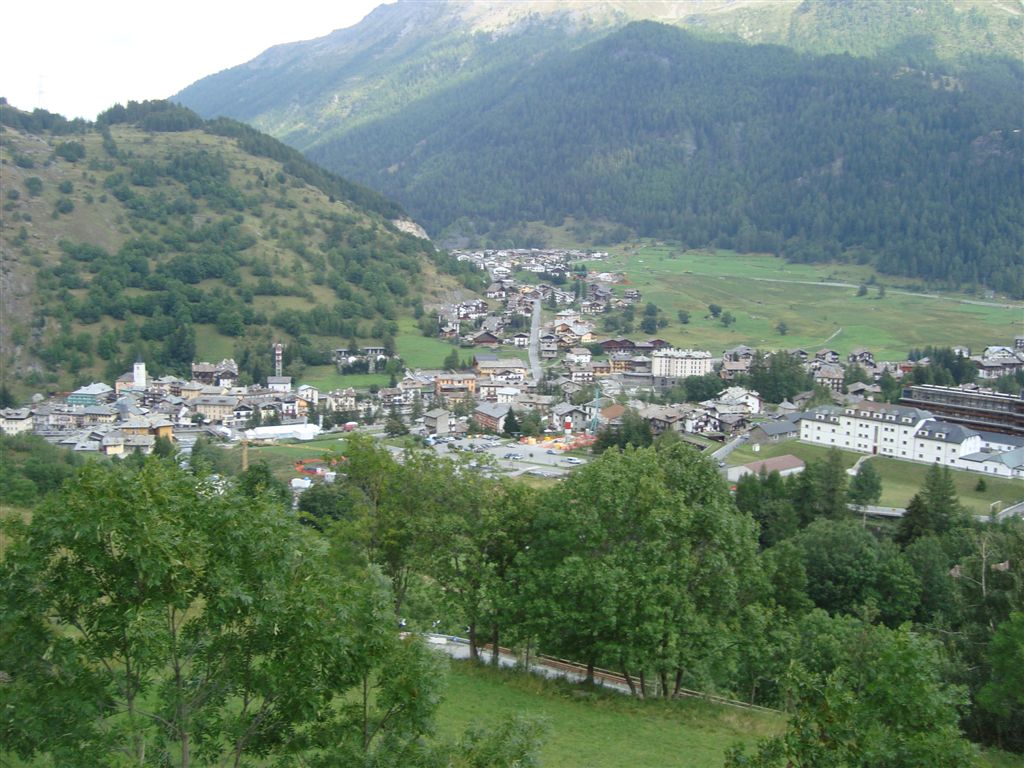 View back to the village of La Thuile 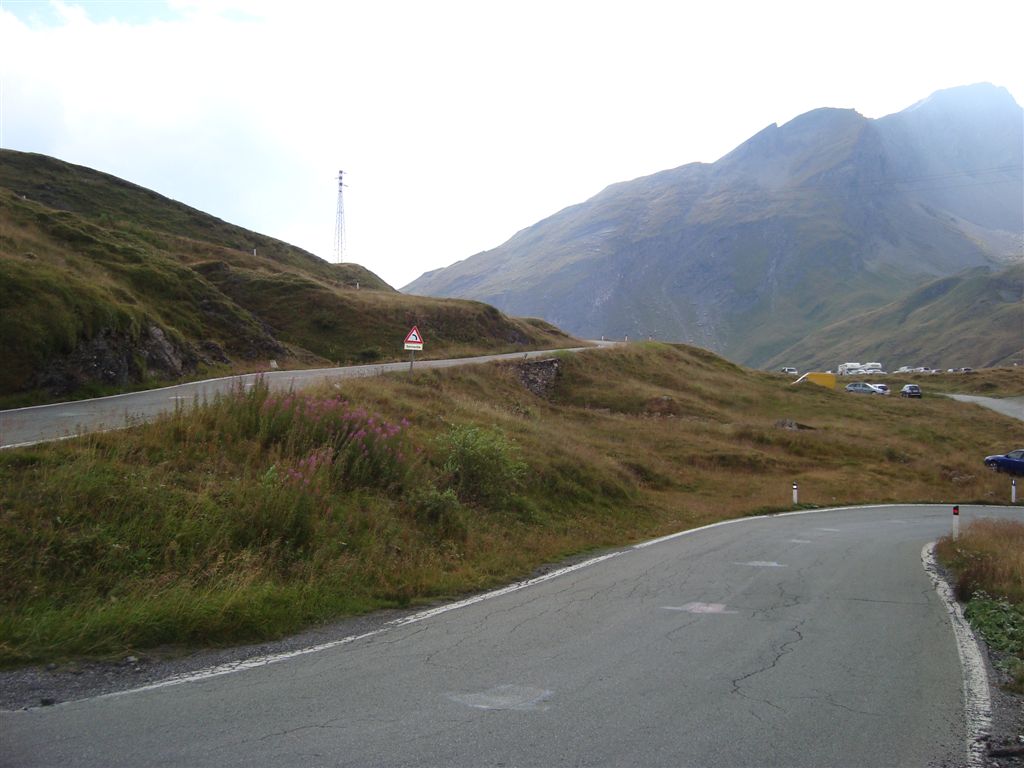 Behind La Thuile the pass road provides for new impressions. The scenery becomes more alpine and a few wide curves lead up to the top. 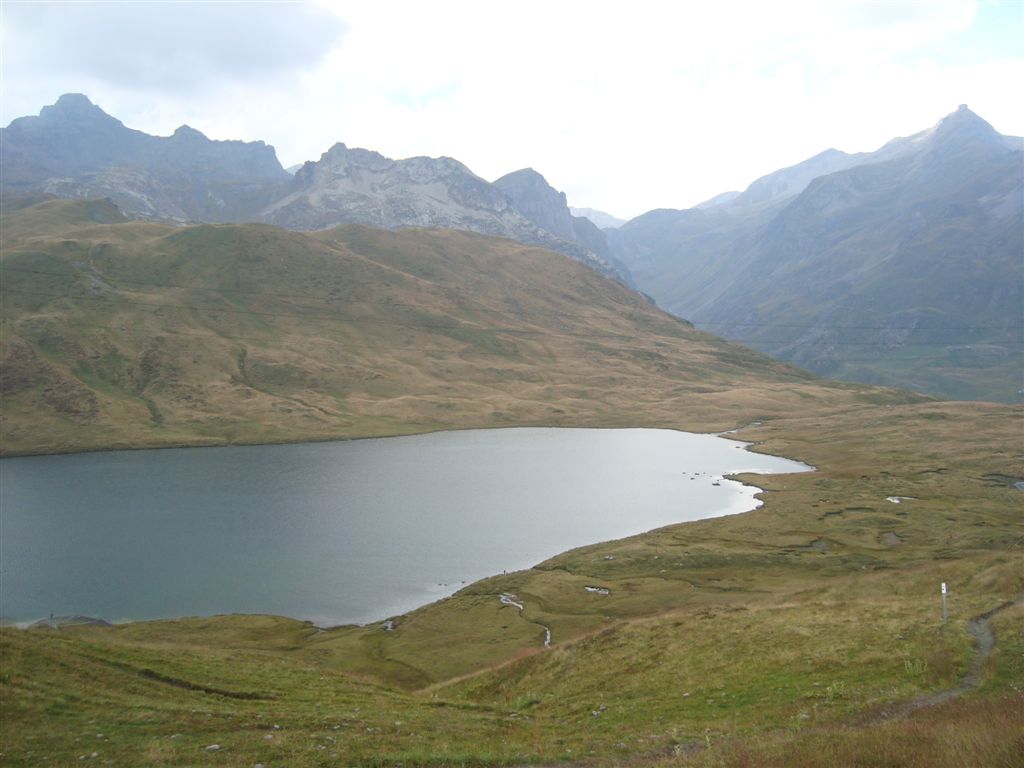 Shortly before the summit this little lake follows. 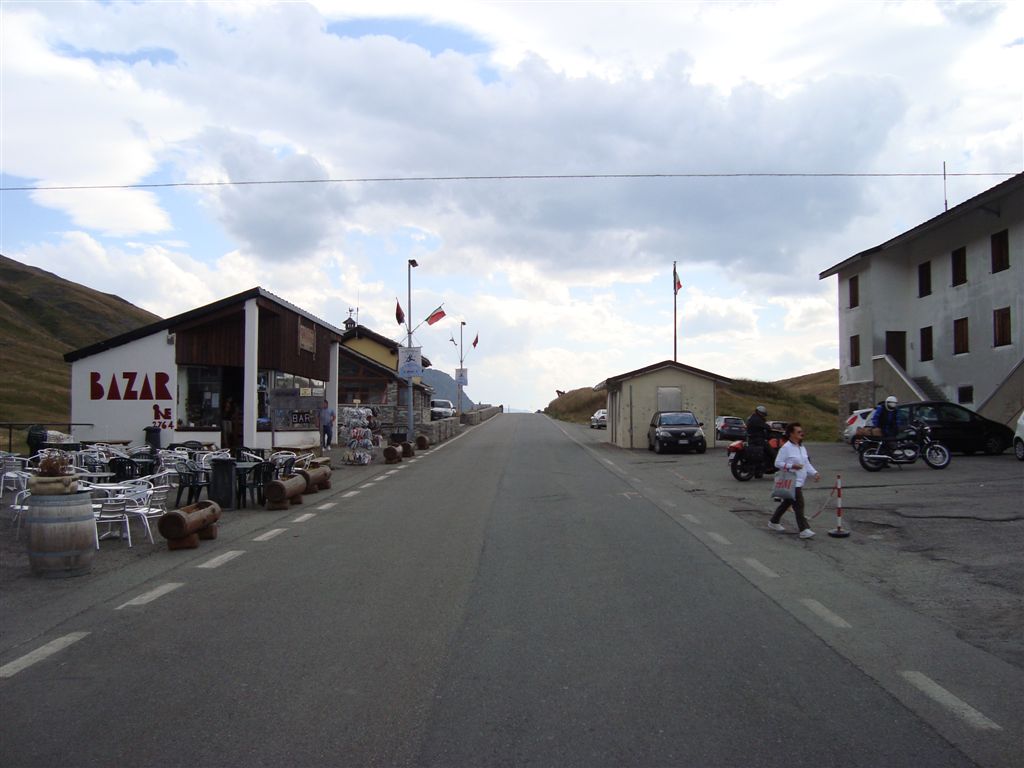 And then uninviting pass area appears. 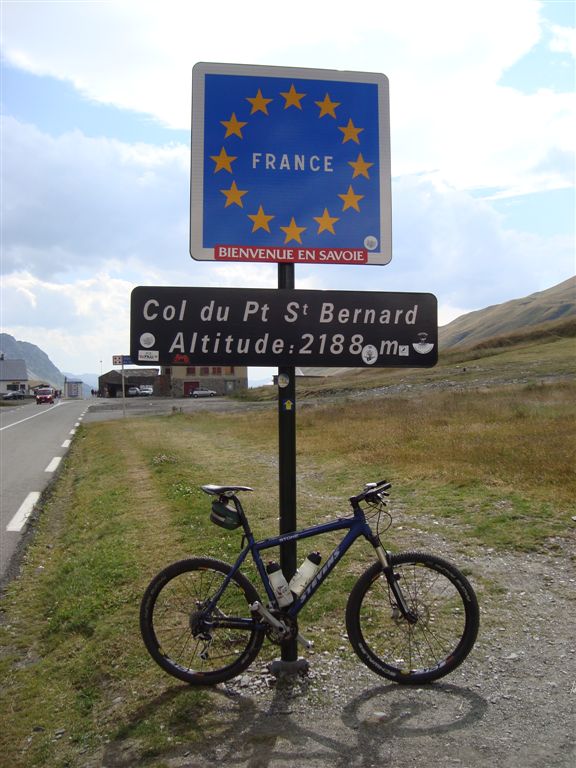 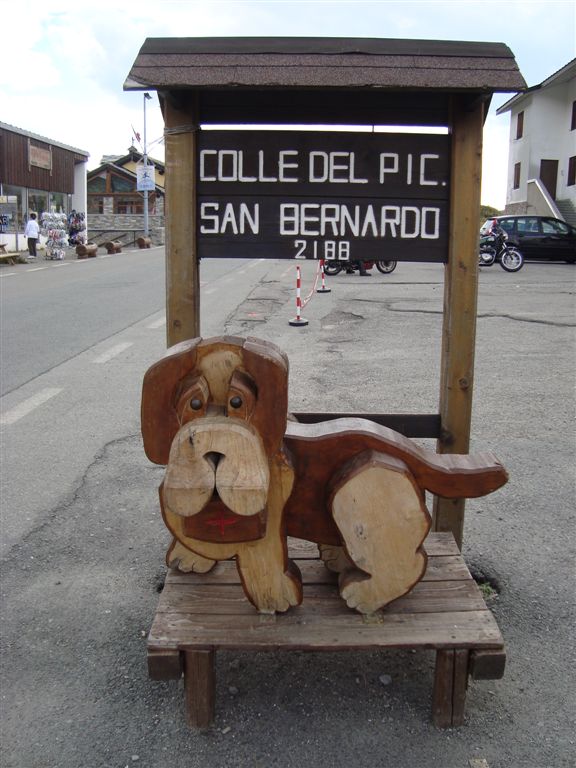 And this is the Italian alternative. St Bernard dog is omnipresent even at this French/Italian border although the dogs belong originally to Swiss Great St Bernard pass.